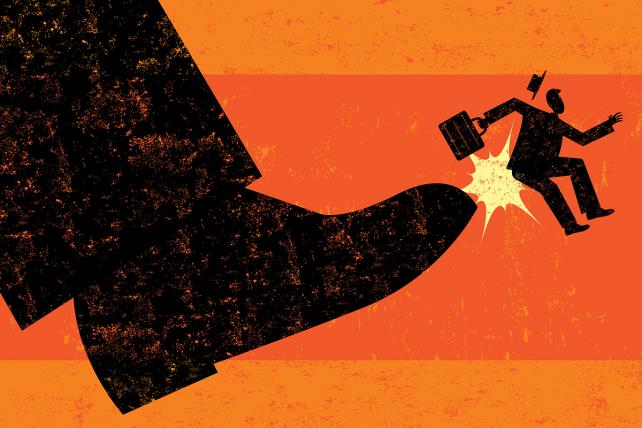 Some marketing execs are having a hard time dealing with Donald Trump's win. And this won't make them feel any better: In 2017, at least 30% of CEOs will fire their CMO's for "not mustering the blended skill set they need personally to pull off digital business transformation," according to a recent report from Forrester Research. The report cautions CMOs to "develop their art and science acumen to survive." Because, the report states, companies "with analytic-focused CMOs underperform, while marketers with both analytic and creative skills helm the strongest companies." The report referenced American Eagle Outfitters, Gap, Macy's and Nieman Marcus as companies that "have already reset with new marketing officers who combine digital fluency and business acument."

Onto a lighter topic, like beer: Miller High Life -- which has long marketed itself as the "Champagne of Beers" -- is going to look a lot more like actual champagne this holiday season, at least in Chicago. The brew will be packaged in limited-edition champagne bottles sold throughout Chicago starting in mid-November. The brew was launched on Dec. 30 1903, "so New Year's celebrations have been part of its reality from the start," according to a brand spokesman.

More from the beer beat: It used to be that craft brewers resisted putting beer in cans. That began to change a few years ago, and now one of the lone holdouts is saying, yes we can. Dogfish Head this week announced that it is adding cans to its lineup, starting with its 60 Minute IPA, which will be available in cans throughout the mid-Atlantic region this month. "Early on in the craft brewing renaissance I was underwhelmed with the canning technology for craft beer," Dogfish founder and president Sam Calagione said in a blog post on the brewer's website. "But times have changed, equipment has evolved, and we've designed a beautiful, state-of-the-art Krones can line that delivers the quality and consistency our consumers have come to expect from our beer."

From beer to pizza: Pizza Hut brought back its holiday-themed Triple Treat Box with a tech twist. While sister chain Taco Bell was giving away thousands of Sony PlayStation VR headset prize packs this fall, Pizza Hut cooked up its own gamer gameplan with a rival. Customers who buy Pizza Hut's $19.99 Triple Treat Box (two medium one-topping pizzas, breadsticks and a Hershey's Ultimate Chocolate Chip Cookie) get a code with a chance to win an Xbox One S and a custom red controller. In all, Pizza Hut plans to give away 1,140 between Nov. 7 and Dec. 24. Customers also get $10 off an Xbox One game. A spot from Droga5 promoting the Triple Treat Box is expected to debut next week and is not expected to include celebrities. Last year's Triple Treat Box commercials, from TracyLocke, featured Michael Bolton and Matt Leinart.

As an attorney (on leave) for Procter & Gamble Co., Aftab Pureval likely knows a thing or two both about TV advertising and trademarks. So the appearance of something that looked like the Aflac Duck and quacked like the Aflac Duck, and which appeared in his ads for his recent campaign for Hamilton County (Ohio) Clerk of Courts, certainly was NOT the Aflac duck. The duck ads helped Mr. Pureval, a Democratic challenger, beat Tracey Winkler, the Republican incumbent, on Tuesday.

Sandwich chain Schlotzsky's named Claire Quinn its new vice president, global marketing. Monte Jump had been named to the same role in August 2015 and it was not immediately clear when he left Schlotzsky's. The chain said Ms. Quinn was most recently a principal at Capre Group, a sales and marketing consulting firm. She began her career in brand management at General Mills and later spent 18 years at Coca-Cola Co, Schlotzsky's said.

~ ~ ~
EDITOR'S NOTE: An earlier version of this article inadvertently included provisional information from a Siegel & Gale report that Ad Age had agreed not to publish before it became final.