Lowdown: How a New Mondelez Brand Got Its Name (It's a Doozy) | Ad Age
Skip to main content

Lowdown: How a New Mondelez Brand Got Its Name (It's a Doozy) 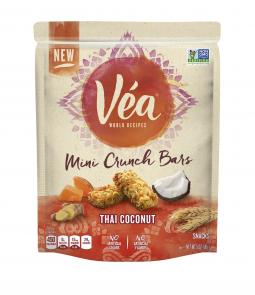 Mondelez International -- whose corporate moniker was the subject of jokes when it was created in 2012 -- is playing the name game again with a brand launch. The marketer on Tuesday explained the origins of Véa, a brand of crunch bars, "world crisps" and seed crackers. The name is pronounced 'vay-uh,' with vay sounding like day. "It's a fanciful name with a nice Latin root, meant to signify a voyage or a journey," Mondelez Chief Growth Officer Tim Cofer told Ad Age in an interview from the sidelines of this week's Consumer Analyst Group of New York conference, better known as CAGNY. "We wanted to build a global brand from scratch, and we wanted a name that could travel cultures and could travel across many different languages."

The Latin root and short length may help Véa stand out, along with the stand-up pouches that differentiate it from more traditional boxes of crackers such as Ritz. Véa is particularly targeted at millennials and others seeking to be part of the "foodie culture," Mr. Cofer said. The creative agency that will help launch the product has not yet been named, but Mondelez is gearing up for a big July debut. The product, created with help from some Google consumer research feedback, will launch simultaneously in various retail channels and online. It hits a variety of themes in food these days as it contains no artificial ingredients, colors, flavors or trans fats, and will be marked Non-GMO Project Verified.

As for how consumers will greet the name of the brand, it's too early to tell. But naming things is a serious business. Mondelez, which was formed when Kraft Foods split in two, went through an arduous process to formulate its name, as documented in this Associated Press article from 2012. The criticism and jokes have largely subsided after initial backlash that, as the AP described, included a one-word headline from The New York Post: "MONDEWHAAAAT?" 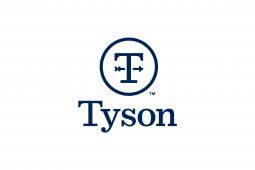 Another new item generating some buzz at CAGNY is Jimmy Dean Simple Scrambles, a microwaveable cup of scrambled eggs, sausage, bacon and cheese from Tyson Foods. Tyson has also overhauled its corporate logo and purpose statement. The new logo features a capital "T" and a weathervane, a nod to the company's farming heritage. WPP's Brand Union worked on the corporate logo redesign, said Sally Grimes, president of Tyson's retail business. "The weathervane is a farmer's compass but it's also the compass for our innovation," Tyson President and CEO Tom Hayes said during his CAGNY presentation, referring to the "winds of consumer change." Tyson's new purpose statement, "Raise the world's expectations for how much good food can do," was spoken during a video that seemed meant to showcase Tyson's modernization: it was backed by the beat of "This is What You Came For," the Calvin Harris featuring Rihanna song, definitely not the typical music heard during a corporate presentation for investors. Tyson's earlier purpose statement was "Making Great Food. Making A Difference."

Now for the latest in personal-care and beauty marketing ...

CoverGirl has helped spawn some celebrity cosmetics lines over the years -- just not for itself. Drew Barrymore, a face of CoverGirl and co-creative director from 2007 to 2012, left to launch Flower Cosmetics at Walmart. Rihanna, another face of CoverGirl from 2006 to 2011, who went on to pitch Beiersdorf's Nivea, is in the process of launching her own cosmetics line too -- Fenty Beauty. They both worked on CoverGirl during the brand's Procter & Gamble Co. era. But with Katy Perry, who has stayed on during the brand's transition to Coty, the brand is using her star power to co-launch the Katy Kat Collection, a limited-edition cosmetics line.

Tide-sponsored Preneur, a pop-up shop for startups in Cincinnati

P&G maybe indirectly incubated a cosmetics brand or two when it owned CoverGirl. But here's a way it's intentionally backing startups in its hometown with an unusual pop-up shop named Preneur. The store is in Over-the-Rhine north of downtown Cincinnati, a neighborhood that's home to several marketing and other tech startups, not to mention P&G's Clay Street center for interventions to fix troubled brands. Backed by P&G's Tide, Preneur, which opened in January, provides a rotating group of startups with space to display and sell their wares, even those largely unrelated to laundry. One, for example, is Rhinomed, an Australian company that has made Cincinnati its base for North American expansion. It makes products to open up nasal passageways to reduce snoring, improve sports performance. "We modeled Preneur as a store to celebrate the entrepreneurial spirit in Cincinnati," a spokeswoman said, in the spirit of P&G's founders. "We hope to foster an environment that continues to spur innovation in Cincinnati."

Unilever rolled out its first sponsored Snapchat lens Wednesday to advertise Dove Shower Foam, which is like foaming hand soap, but for the shower. It's also Snapchat's first branded body wash lens, according to the brand. The lens covers users faces with virtual shower foam amid the sound of running shower water and bubble pops, which washes the suds away, after which a Dove-branded shower curtain sweeps across the screen. Razorfish created the lens, with help from Mindshare on the media side.

The Anglo-Dutch giant is coming clean in more ways than one. Unilever has pledged to voluntarily expand its current product ingredient lists through SmartLabel, an industry initiative led by the Grocery Manufacturers of Association. Unilever will disclose fragrance ingredients in its products that occur above the 0.01% (100 parts per million) threshold, aiming to complete the disclosure by the end of next year. It's too much fine print for an actual package, but consumers can get the ingredient information buy using the SmartLabel app to scan a product bar code at the shelf, or by searching online. 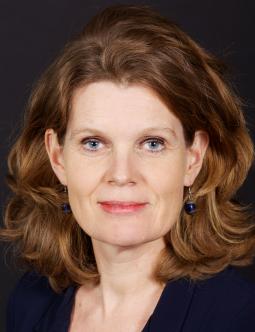 Subject last week to an unwanted, rejected and withdrawn $143 billion takeover advance by Kraft Heinz last week, Unilever is bringing one of its own acquisitions into the fold more gently. Seventh Generation has promoted Chief Marketing Officer Joey Bergstein, who stayed on after the acquisition, to chief operating officer. Taking his place as CMO in April will be a familiar face formerly with Burlington, Vt.-based, neighbor Ben & Jerry's. Hanneke Willenborg, a 21-year Unilever veteran who was global brand development director, aka "Great Brand Mother," at Ben & Jerry's from 2008 to 2012, is returning to Bernie Sanders country for the job. She's currently London-based global brand VP of Surf, Skip and Water in Unilever's home-care division. After starting her work in the Netherlands, she's also worked for the company in Russia and Italy.

Checking in on the alcohol beat: Beer marketers can no longer blame sluggish sales on the economy. As Beer Business Daily pointed out today, gas prices and unemployment are both at relatively low rates, but beer volumes remain soft. "These metrics were supposed to mean an explosion in beer sales," the publication stated in its daily newsletter. But the only beneficiaries are flavored malt beverages, Mexican imported beers, Michelob Ultra and a handful of craft beers, it stated.

Lastly, one more executive move to report this week: Media agency Crossmedia is balancing out its new accounts with some fresh faces. The company hired Greg Siano as managing director to lead media planning and buying for U.S. Bank, whose media business Crossmedia won in December. The agency also now works with Nissan Foods and Dogfish Head Brewery. Previously with IPG's Tierney, where he spent nearly two decades, most recently as exec VP-director of media services, Mr. Siano will be based in both Philadelphia and New York.