Lowdown: Has a Certain Enticing Aroma Been Missing From Your VR Experience? Have No Fear, Bacon Is Here | Ad Age
Skip to main content

Lowdown: Has a Certain Enticing Aroma Been Missing From Your VR Experience? Have No Fear, Bacon Is Here 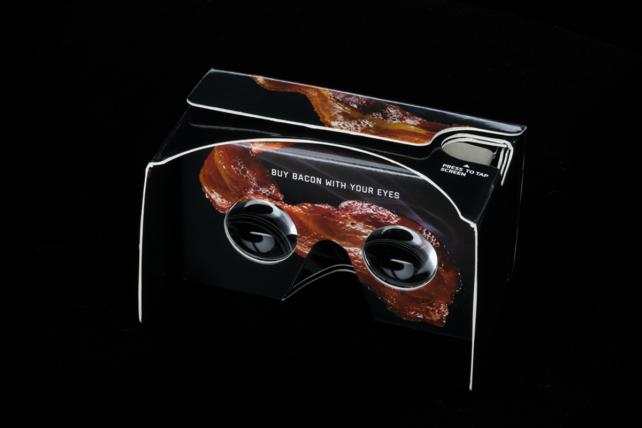 Has a certain enticing aroma been missing from the virtual reality experience? Hormel is adding a bacon-scented feature to the Google Cardboard VR headset. While people can get a feel for Hormel's "The Black Market" just by visiting BlackLabelBacon.com on smartphones and placing the phones in front of their eyes, Hormel said it would give away a limited number of bacon-scented Google Cardboard to amplify the experience. The bacon peddler described The Black Market as "a multisensory bacon experience designed to launch consumers on a quest in a world of bacon, while providing them with the ability to purchase bacon in a previously unimaginable way; as the first-ever mobile virtual reality shopping experience available to consumers via a smartphone that does not require using an application or headset." Users can explore the dark woods, a volcano, a salty sea and outer space to unlock and buy certain Hormel Black Label products. BBDO Minneapolis worked on the project. 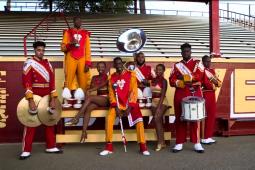 Bevel gets into the school spirit in new campaign.

Walker & Co.'s Bevel has launched a campaign around homecoming at historically black colleges and universities as part of a deal announced earlier this year making it the official grooming partner of the Southern Intercollegiate Athletic Conference. Bevel is the first shave system specifically developed to prevent irritation for African-American men and others with coarse, curly facial hair. Videos in the new campaign focus on Tuskegee University's renowned Crimson Piper Band.

As we've long discussed here at Lowdown, there seems to be a National Day to celebrate pretty much everything. With National Sandwich Day falling on Nov. 3, Subway is once again tying itself to the day with a giveaway, and this time it is also tied to giving back. For the #GoodDeedFeed campaign, patrons on Nov. 3 who buy a sub and drink get another free sub of equal or lesser price. Plus, Subway will donate a meal to Feeding America for each sub that is purchased and aims to make it the largest meal donation day in Feeding America's history. Subway is promoting the campaign with a TV spot from MMB, a Mic.com content series and a Snapchat filter that can be unlocked at Subway locations only on Nov. 3.

Just like champagne, tequila is named after a town -- Tequila, Mexico. Now Tres Agaves Tequila is celebrating that fact in a new campaign. The brand, which is marketed by Napa Valley-based Trinchero Family Estates, is plugging itself as "Tequila Made in Tequila" in digital videos that feature the scenes and personalities of people in the Tequila Valley. The tequila is made at what the brand describes as one of the oldest distilleries in Mexico in the town of Tequila. "When we traveled to the Tequila Valley, we found a magical place that had its own folklore and traditions that we realized provided the heartbeat for the Tres Agaves brand," said Keith Cartwright, executive creative director at Butler, Shine, Stern & Partners, which is behind the campaign. "Our campaign uses real people from the town and real events. In the spirit of Champagne in France, 'Tequila Made in Tequila' gives authenticity and relevance to the brand that now no one else can claim."

The holiday beverage season unofficially kicked off Nov. 1, as coffee chains began promoting winter flavors rather than Pumpkin Spiced everything. The flavor rollouts come as the NPD Group reports U.S. consumers are drinking 72 fewer purchased beverages each year than they were a decade ago. "It's not that consumers are only drinking tap water; there are still about 1100 beverage occasions per person a year, which equates to about three non-tap water drinks a day," NPD said. Soft drinks are still the No. 1 beverage consumed at restaurants and foodservice locations, with some 18 billion servings ordered in the 12 months ended in February. Coffee ranks No. 1 in beverages consumed at home. 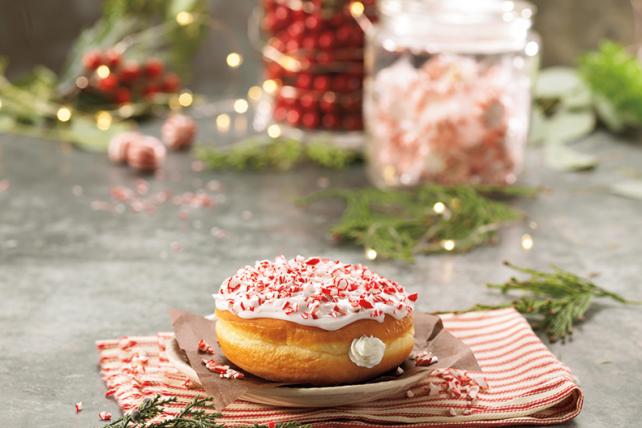 Dunkin' Donuts said its new items include Crème Brulée-flavored coffees, lattes and macchiatos. In the food category, rather than the drinks-meant-to-taste-like-food category, there is a new Candy Cane Crunch donut (yeast donut with vanilla flavored buttercreme filling, topped with white icing and crushed candy cane pieces) and a Boston Kreme Croissant donut (a glazed croissant donut filled with Bavarian creme, finished with a chocolate icing drizzle).

Over at Starbucks, a new green cup featuring a mosaic design from artist Shogo Ota quickly rattled a few social media users who expected their seasonal Peppermint Mochas, Chestnut Praline Lattes and Caramel Brulée Lattes to appear in a red cup. "During a divisive time in our country, Starbucks wanted to create a symbol of unity as a reminder of our shared values, and the need to be good to each other," Starbucks Chairman and CEO Howard Schultz said in a Nov. 1 statement discussing the new limited-time cup. As Business Insider , Mashable and others noted, the green cups are only meant to last a little while and many expect red cups to pop up on Nov. 10. Of course, last year Starbucks managed to annoy some people with its red cup, too. 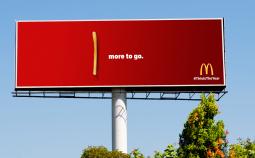 McDonald's operators in the Chicago area have been having some out-of-home fun with the Cubs in the World Series. Their "fry countdown" began with billboards showing four of the famous fries with the words "more to go" next to them, to represent the number of games the Cubs needed to win in order to win their first World Series since 1908. Each time the Cubs have won, the number of fries has dropped on the 198 boards in the area. After Tuesday night's Game 6, the board was updated once again. If (when!) the Cubs win it all, local operators plan to charge $1.08 for a serving of 10 chicken nuggets one day later this week, in celebration of the number of years Chicago would have waited for a World Series win. Cossette Chicago is the agency behind the project for the McDonald's Owners of Chicago and Northwest Indiana.

A day online wouldn't be complete for some without a cat video. What do cats have to do with laundry detergent? Well, not much, really. But cat videos long have been one of the biggest things on the internet. And it's a lot harder or riskier to integrate selfies, porn and annoying comments about the presidential election into a detergent ad. So cat videos were the obvious choice in this new offering from Henkel and TBWA/Chiat/Day for Persil. Come to think of it, this isn't just pure cat-video borrowed interest. Think of the name – Persil. You know, Purr-sil. In a statement, the brand says it's "shaking up the historically predictable laundry category with the release of their new #Purrsil Digital and Social Media campaign, celebrating the most discerning critics of clean laundry: cats."

Lastly, a PR move to mention. Albertsons named Christine Wilcox as VP-communications and public affairs, filling a role left vacant when Brian Dowling retired from the grocer earlier this year. Ms. Wilcox, previously VP-corporate communications, has spent 18 years at Albertsons. Albertsons also said it has partnered with The Glover Park Group, a strategic communications firm, as it works on its new communications approach.