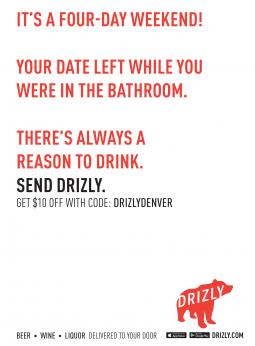 A lot of people might not need an incentive to drink during the holidays. But booze-delivery app Drizly is providing some new excuses to imbibe in a new campaign called "There is Always a Reason to Drink." Ads include copy such as "You replied all. And you shouldn't have. There's always a reason to drink." The campaign will run through the holiday season in New York, Boston and Denver. Ads will run in print, digital banners and out-of-home. The agency is McGarryBowen, which is working with Drizly via its new mbForge division, a unit specializing in burgeoning startup clients that are ready for large-scale consumer marketing and branding. Drizly launched in 2012 and currently serves 24 markets across U.S. and Canada, according to its web site.

In other holiday marketing news, shoppers on New York's Madison Avenue this month might be drawn to the whimsy of the new interactive, Advent-calendar themed windows of Hermès' Petit H workshop. 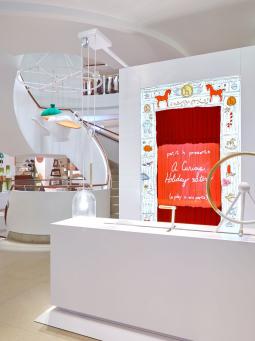 Hermès tapped New York-based creative agency DML to design the holiday store installation, which includes an in-store selfie booth, ornament bar with customization and digital experiences. The inspiration for the design came from the drawings of the son of Pascale Mussard, creative director and founder of Petite H and a sixth generation Hermès family member.

Sick of Pokémon Go yet? Sprint isn't. The wireless carrier today announced a deal to make available in-game integrations at its more than more than 10,500 Sprint, Boost Mobile and Sprint at RadioShack stores in the U.S. Players can collect in-game items, including Poké Balls and Eggs, to help them advance in the game, according to the press release. "We expect a huge uptick in traffic," Sprint CEO Marcelo Claure said in an interview with cnet.com. Pokemon this week was named to Ad Age's Marketer A List. 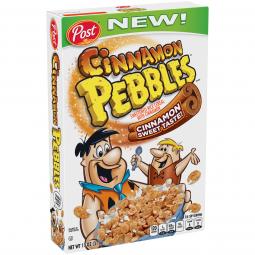 Shifting gears to the breakfast aisle: "The Flintstones" hasn't run a new episode in decades, but that doesn't mean the appetite for Flintstones-branded items has gone the way of Dino the dinosaur. Next up, Cinnamon Pebbles cereal is making its debut alongside Cocoa Pebbles and Fruity Pebbles. The product should be in stores by January, with a new TV commercial slated for early 2017. "Cinnamon is one of the largest flavor camps in the cereal category and we are excited to bring the same flavor intensity that Fruity Pebbles is known for into this new flavor," Oliver Perez, senior brand manager at Post Consumer Brands, said in a statement. The flavor, Post believes, will resonate with Hispanic diners and teens, two groups Pebbles is looking to as it tries to further grow the brand. Post isn't the only cereal maker trying to boost growth with cinnamon. Last month, Kellogg announced Cinnamon Frosted Flakes. At the same time as the product launch, Pebbles is trying to reach out through new social channels. A teaser video shared with Ad Age shows how the company is preparing for the launch.

The video was created by Public Works, which leads social and creative work for Post, and is leading the creative campaign for the Cinnamon Pebbles Launch. LatinWorks continues to handle all Hispanic marketing for the brand.

Unilever sells a lot of stuff, but meat isn't one of them, post its 2014 divestiture of Peperami to Jack Link's. And so Amanda Sourry, president-foods of Unilever, could feel free to celebrate her love of a relatively novel concept – Flexitarianism. In a recent post in the U.K. edition of the Huffington Post she talks about the trend, which refers to people who aren't quite vegetarian but are purposely eating less meat for environmental or health reasons. "This melting pot of discussion and action surrounding our consumption habits has created a new type of mainstream consumer; one that understands their role as a global citizen and the effect their actions - including what they buy and eat - have on the environment," Ms. Sourry writes. She focuses primarily on Europe but also notes that annual meat consumption has fallen 15% in the past 10 years in the U.S., where 7.3 million people are vegetarians and another 22.8 million are considered flexitarian.

Finally, we have several executive moves to report this week:

Keurig Green Mountain has hired Scott Moffitt as its chief brand and beverage officer reporting to CEO Bob Gamgort. Mr. Moffitt will lead brand marketing for the Keurig Brewer System and will be responsible for the U.S. owned and licensed branded beverage portfolio. Mr. Moffitt was executive VP-marketing and sales for Nintendo USA. Pickens & Company assisted with the search.

Janda Lukin has joined Campbell Soup Co. as VP-marketing for beverages. She was most recently at Mondelez as global ecommerce GM. The move was reported in the Pickens report newsletter. 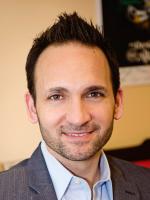