Lowdown: How Brands Are Pushing Equal Pay Day Beyond April 4 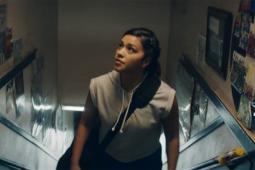 Equal Pay Day on April 4 turned into a lasting marketing opportunity, thanks to LeanIn.Org, founded by Facebook Chief Operating Officer Sheryl Sandberg, and partners that include Procter & Gamble Co., Clif Bar & Co.'s Luna bars and Lyft. To raise awareness that women on average are paid 20% less than men, for example, P&G is offering a 20% rebate on up to $50 of its products purchased through April 30. Luna is offering 20% off bars purchase through lunabar.com through April 11. And Lyft is donating 20% of fares for rides on April 4 in 240 cities to women's organizations. Local businesses in 25 cities offered 20% discounts that day too. But underpayment of women isn't just a one-day or one-month marketing opportunity, it appears.

Luna's equal pay campaign is showcasing Gina Rodriguez, including a 90-second video in which the "Jane the Virgin" actress practices boxing and discusses equal pay. Luna Brand Director Ritu Mathur said Ms. Rodriguez "felt very authentic," in part because she was already speaking out as an advocate for women. The Clif Bar brand has long advocated for equal pay and representation through programs including its women's cycling team getting the same pay a men's team would and running the Lunafest women's film festival. Luna plans to donate up to $100,000 to fund wage negotiation workshops throughout the year. It also hired many women leads on the project including, among others, director Alexis Spraic and Executive Producer Tieneke Pavesic at production house Farm League, and at digital agency AnalogFolk Creative Director Carren O'Keefe.

Meanwhile, Dress for Success, which specialized in programs aimed at empowering women, on April 4 kicked off a campaign called #OpenDoorProject by FCB. The organization is asking women to post a photo of their shoe holding a door open, and then thank the woman -- or women -- who opened the door to their success. 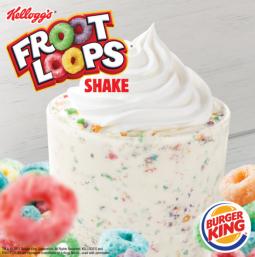 Burger King's latest limited-time product isn't a burger, fries, or even a new flavor of chicken fries. Instead, it's introducing a Froot Loops shake made with vanilla-flavored soft serve, pieces of Froot Loops cereal and a "sweet sauce," as the idea of ice cream mixed with a cereal that lists sugar as its first ingredient apparently isn't quite sweet enough. The BK tie-in is believed to be the first-ever collaboration between the home of the Whopper and a Kellogg's cereal. BK already features Kellogg Co.'s MorningStar Farms brand in its veggie burger. The shake will be available starting April 17 at a suggested price of $2.99.

Intel is deploying what might be the best use case of its 360-degree technology through a partnership with the NFL. Stadiums in Houston, San Francisco and Baltimore will showcase Intel's FreeD technology, which freezes video so users can rotate the picture and see big plays from any angle. Fans will be able to use the tech by visiting the NFL's official website. Broadcasters, meanwhile, will showcase the 360-degree feature during games, Intel said. The complex FreeD technology is made possible through dozens of 5K HD cameras that are connected to Intel servers via fiber-optic cables that stretch for miles, Intel said. A 15- to 30-second clip generates about 1 terabyte of data. There is a small caveat, however: Producers will select and package replays, not fans or broadcasters, Intel said. The technology made its first debut during last year's Super Bowl, the company said.

Dean Foods' DairyPure was the big new-product winner of 2016, according to IRI, which tallied $1.2 billion in sales for its milk brand in all measured outlets for the year. The brand was new, but the products weren't, as DairyPure was a nationwide consolidation of several regional dairy brands in a marketing campaign led by Curiosity Advertising Cincinnati that began in May 2015. GSK's over-the-counter switch of prescription allergy drug Flonase was No. 2 overall and the big non-food winner with $316.5 million in IRI-measured 2016 sales. Procter & Gamble Co. landed five products in the top non-food launches of 2016, with entries from Gillette, Tide, Crest, Tampax and Old Spice. But Walmart also flexed its muscle in an unusual way on the list, with one of its exclusive brands, The Pioneer Woman Collection, coming in No. 6 in non-food at $79.1 million in sales. Henkel's Persil ProClean determent also cracked that list just below at $45.2 million in 2016 sales, despite having only been distributed at Walmart during the early part of the year. While big players did well at the top, IRI notes that 80% of top-ranking brands and 64% of new-product dollars came from small and midsize manufacturers.

It's the end of an era at J Crew Group Inc. -- an era that favored orange-red lipstick and thick black-frame spectacles. Earlier this week, the retailer announced the December departure of Jenna Lyons, who has spent more than a quarter-century at the New York-based company, most recently serving as president and executive creative director since 2012. The chain, which has struggled with souring sales in recent years amid rising competition from fast-fashion players and ecommerce disruptors, does not plan to replace Ms. Lyons. Years ago, the creative was responsible for infusing the 34-year-old apparel brand with a much-needed nerdy chic -- Ms. Lyons' preference for combining patterns like stripes and florals and ability to combine formalwear with casualwear helped propel J. Crew into the spotlight, but such trends -- once fairly innovative -- have faded in recent years.

Calling all would-be fashion models. Denim brand NYDJ, a Los Angeles-based outfit founded in 2003, is taking its campaign casting call to the road. This month, the brand will host opportunities at various malls for aspiring models to be featured in the brand's Fit is Everything fall campaign. The company plans to visit three malls throughout April in its search for loyal consumers ready to strike a pose. The move is the latest in apparel brands' strategy to use authenticity and realness in their marketing as a way to better connect with actual customers.

Lastly, here's the latest on some marketing personnel changes at Heineken USA. The beer marketer has promoted Felix Palau, formerly VP-marketing for Tecate, to senior VP-marketing for its flagship Heineken brand. Ralph Rijks, the former Heineken VP, "is returning to Holland with his family," according to Heineken. Esther Garcia has been promoted to replace Mr. Palau on Tecate.