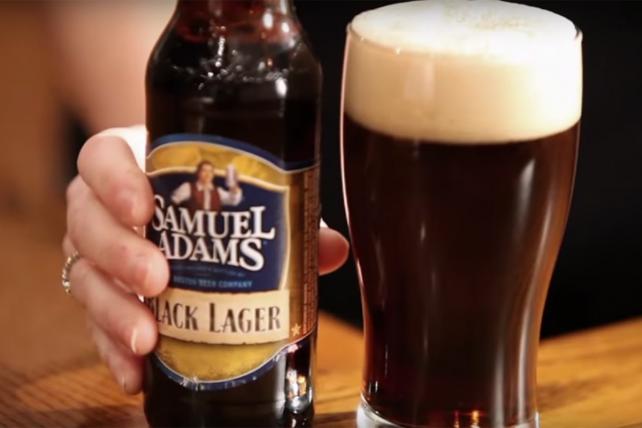 Is the craft beer boom about to end? There is new evidence that it is at least slowing down. The nation's top two craft brewers, Boston Beer and Sierra Nevada, "are now both in decline" and "combined volumes for the top 12 craft brewers grew only 1% for the three months to May," Sanford C. Bernstein stated this week citing Nielsen figures in a report titled "The Dramatic Slowdown of Craft Beer Continues." The slowdown appears to be coming from the biggest craft brands. Growth is still coming from craft's "long tail," meaning smaller brands, Bart Watson, chief economist for the Brewers Association, recently told Craft Business Daily.

The news for big, mainstream beer brands isn't much better. Sales for the nation's top three light beers dropped an average of 4.4% in the three months ending in May, according to Bernstein. Miller Lite fared the worst at down 6.5%. Coors Light fell 1.8%. Bud Light, the nation's top beer brand, fell by 4.8%. But Anheuser-Busch InBev is faring better overall than MillerCoors of late. A-B InBev's volumes for beer, cider and flavored malt beverages dropped 2.8% in the period, compared with a 4.4% drop for MillerCoors, according to Bernstein. MillerCoors under new CEO Gavin Hattersley has taken a long-term view, with a goal to achieve flat volume by 2018 and growth by 2019. A MillerCoors spokesman cited the brewer's own Nielsen data showing the brewer's sales down 3.2% for the 12 weeks ending May 21. This is the brewer's "best performance versus the industry since February 2015," according to the spokesman.

One of craft beer's hallmarks is constant variety. But will drinkers really go for chocolate chip cookie dough ale? That is the latest concoction coming this fall from Ben & Jerry's and craft brewer New Belgium. The marketers first paired up last year with Salted Caramel Brownie Ale. The two companies have pledged $50,000 in proceeds from this year's collaboration to Protect Our Winters, which raises awareness around climate change.

For drinkers looking to top that ice cream-inspired beer with a garnish, here is an option: Alcohol-infused cherries just hit the market. The brand, called Twisted Cherries, also comes in a "Balls Of Fire" version with a "kick of spicy natural cinnamon," according to the brand. The product is made by soaking cherries in a wine-based alcohol that contains 6% alcohol-by-volume, said founder and beverage industry veteran Larry Trachtenbroit. Mr. Trachtenbroit's track record includes selling the Planet Java coffee brand to Coca-Cola Co. in 2001. Twisted Cherries is launching via beer distributors in New Jersey and Long Island, and in Iowa with the Casey's General Stores convenience store chain, he said. 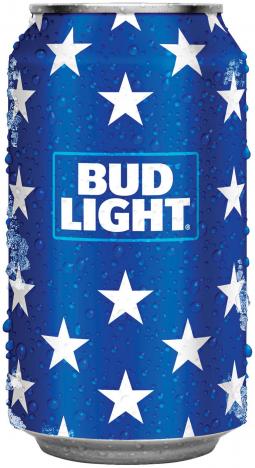 Meanwhile, two of America's top marketers have hooked up with America's favorite British late-night host. "The Late Late Show with James Corden" ran its first Carpool Karaoke product integration this week. Coca-Cola's song lyrics campaign and McDonald's got big mentions when Mr. Corden and Selena Gomez went to a McDonald's drive-thru and apparently surprised the employees. During the segment, Mr. Corden asked Ms. Gomez if she knew her lyrics were part of Coke's summer campaign featuring song lyrics on packaging (a campaign she has already been promoting). Once they got their order they exchanged the first cups they initially received for ones featuring her 2011 song "Love You like a Love Song." The effort goes well beyond the placement in the sketch, which lasted roughly three minutes. McDonald's and Coca-Cola teamed up for a sweepstakes that gives McDonald's customers and employees a chance to win a VIP trip to Mr. Corden's show.

CBS also gets to promote "The Late Late Show" in a new way: a show logo and Carpool Karaoke mention will appear in McDonald's U.S. restaurants and on packaging."'The Late Late Show's' partnership with McDonald's and Coca-Cola reflects CBS's commitment to working with our clients to create new, organic and innovative opportunities," said Jo Ann Ross, president-network sales for CBS Television Network. A Coca-Cola spokeswoman said McDonald's is its exclusive restaurant partner on the cups with lyrics. 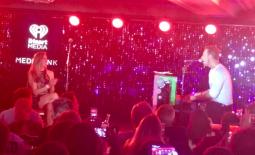 Meanwhile, over in Cannes: Skincare marketers were surprisingly prominent in the entertainment during Medialink and iHeart Radio's lavish party Tuesday night at the Hotel du Cap-Eden-Roc. Gail Tifford, VP-digital and media engagement of Unilever (Dove), joined Coldplay's Chris Martin's performance. Mr. Martin was also joined briefly on stage by another famous skincare marketer, -- his ex -- when he asked: "Is there anyone here who used to be married to me?" Gwyneth Paltrow, who lately has been pushing her Goop skincare brand, raised her hand. She's been making her own appearances during the Cannes Lions International Festival of Creativity. She stayed backstage for the rest of Mr. Martin's set, though she appeared to decline a request to join him for a duet during the encore. Will Smith, also in attendance, obliged instead with a brief hip-hop performance. The audience included much of the assembled agency and marketer star power of Cannes, including Interpublic Chairman-CEO Michael Roth, Group M Chairman Irwin Gotlieb, PepsiCo Global Beverage Group President Brad Jakeman, and RB Senior VP-Global Marketing Laurent Faracci. Mr. Martin, fully if ironically embracing his corporate gig, told the crowd: "iHeart has the best radio ads."

Speaking of RB, a new product that works like a reverse toy horn has worked its way into the company's innovation pipeline -- sort of. It won the first-ever "Innovation Hack" at the Cannes Lions International Festival of Creativity, sponsored by RB and Save the Children. They challenged teams made up of RB marketers R&D staff and agency people (not from RB shops) to help solve the problem of air pollution for children in India in 24 hours. The reverse-horn idea is about creating a toy that will get children to breathe deep, strengthening their lungs against pollution. Runners-up included an air-filtration pacifier to be promoted by Bollywood celebrities and house paint that can trap fine air particulates. Strange as it seems, the ideas will be considered further within RB's product-development process, said Roberto Funari, exec-VP category development. The process of simultaneously developing a product, behavior change and communication plan isn't unlike what spawned a campaign RB is about to roll out in Brazil to combat Zika virus and dengue fever -- encouraging people to wipe down walls, put on insect repellent, and cover standing water -- all to the tune of a catchy new song.

In today's buy-button news, you can now try on lipstick virtually before buying via Facebook Messenger. Toronto-based ModiFace, a tech company founded a decade ago, recently rolled out a "chat bot" that lets shoppers see the effects of certain shades. The bot asks about favorite brands before ponying up recommendations from its stable of 5,000 beauty products. Any winning hues can be directly purchased.

Onto the packaged food beat: To promote its 100% angus beef franks during the key hot dog selling season, Ball Park is giving away coupons for free packs to people named Angus or Frank. The promotion, which began Tuesday and lasts for 100 hours, can also apply to those not named Angus or Frank -- assuming they're up for changing their names or handles on Twitter for the day. Mario Lopez, Donald Faison and Haylie Duff were set to take part. To get the coupon, people must also follow the brand (@BallParkBrand) and tweet using #BallParkAngusGiveaway. 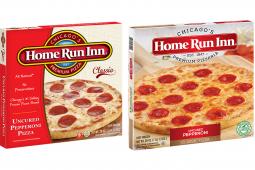 Chicago-area pizza chain Home Run Inn is giving a fresher look to its frozen pizzas. New boxes show larger images of the thin crust pizzas (yes, New Yorkers, an authentic style of thin crust pizza exists in Chicago) with ingredients such as tomatoes in the background. Home Run Inn last conducted an overall brand refresh and logo change in the 1990s, while the box was last updated in 2010. The company's own design team led the effort and companies involved in the consumer research included Digsite, Vennli, Nielsen, NailBiter and Jessica Broome Research. The updated logo will be featured on the boxes, website, in restaurants and on other marketing materials.

Avocados From Mexico is setting its sights on breakfast. After lots of marketing tied to game-time guacamole consumption, including two Super Bowl commercials, the fruit group's Avocado Breakfast Club push is set to run July 18-August 30. The effort includes having Sesame Street characters on in-store displays as part of the "eat brighter!" movement, a collaboration between Sesame Workshop and Produce Marketing Association meant to get young children to consume more fruits and vegetables. Augustine is the shopper marketing agency on the project. The avocado group is also suggesting breakfast on social media. A video recipe for avocado with eggs, cheese and bacon on its Facebook page racked up more than 72,000 views in just over one day.

Just in time for back-to-school, Lands' End has appointed a new CMO. Becky Gebhardt was promoted to exec VP and chief marketing officer for the Dodgeville, Wisc.-based retailer. With the brand since 1991, Ms. Gebhardt was formerly senior VP and chief creative officer. She plans to extend Lands' End's e-commerce and digital brand marketing and will also lead customer retention initiatives. Last year, Lands' End spent $25 million on measured media in the U.S., according to Kantar Media.