The Lowdown: 'Joy' Marketing Is Hot Thanks to Psychologists | Ad Age
Skip to main content

The Lowdown: 'Joy' Marketing Is Hot Thanks to Psychologists 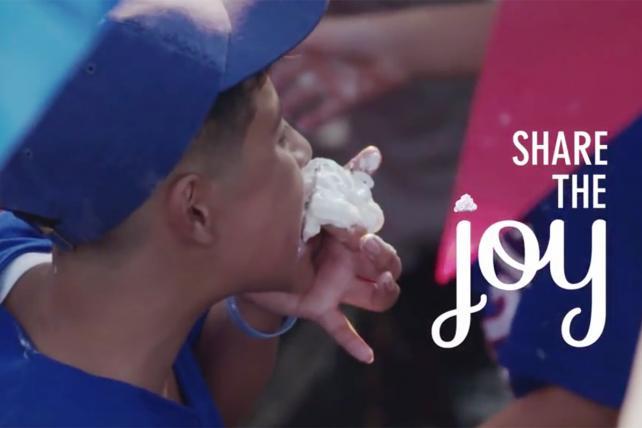 Is "Joy" marketing the next big thing?

Soon after Diageo's Johnnie Walker used a psychologist's insights on joy to inform a new whiskey campaign, here comes ConAgra's Reddi-wip, which has enlisted its own psychologist to help sell the whipped topping. Sonja Lyubomirsky, a professor of psychology at the University of California, Riverside, pitched in on a research survey to, as the marketer puts it, qualify the current state of joy in the U.S. What did Dr. Lyubomirsky find? Well, 93% of Americans want to find more ways to experience joy, and 83% would like to experience small amounts of joy daily vs. larger, occasional doses. Reddi-wip's #ShareTheJoy campaign, which is by DDB California, includes four TV spots launching Monday and a digital video on its social channels featuring the professor. The effort also includes a video online showing how a winning baseball team shares the joy with the losing team. 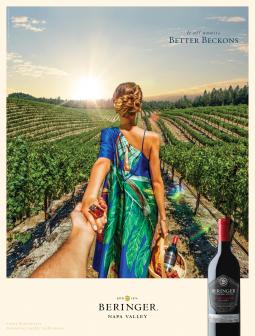 Hand-holding, a close cousin of joy, is the centerpiece of a new campaign by Beringer Vineyards that is inspired by Instagram sensations Murad and Nataly Osmann. Mr. Osmann is known for shooting photos of his wife leading him around the world with his hand shown reaching out to her. For Beringer, Mr. Murad photographed six images that show his wife reaching back for his hand, with a bottle of wine in the other hand, of course. The campaign, which is by JWT, will run in print including in The New Yorker and The Wall Street Journal, as well as online in outlets such as Conde Nast Traveler and Urban Daddy.

Meanwhile, General Mills is trying to make gluten-free dieters happier with a major push for its gluten-free Cheerios. Along with an ad that aired during the Emmys, the cereal brand plans to put 35,000 full pallets of the updated Cheerios on display at retail, or about as much cereal (across several brands) as it displays during the key back-to-school period. General Mills called it one of the largest merchandising events in its cereal unit's history, which is known as Big G.

But small -- not big -- is the buzzword in grocery marketing. Smaller brands and startup players have been taking share from the behemoths of packaged goods for years. But the big guys mostly have still played up how their size and resources give them a huge advantage. That's no longer the case for Unilever, the third biggest CPG globally behind Nestle and Procter & Gamble Co. "We're getting chewed up on every single corner of our business in every country around the world by the local players," Unilever VP-Global People Data and Marketing Analytics Shawn O'Neal said in a presentation at the Association of National Advertisers Masters of Measurement conference in Miami Beach. "I'm not losing share to P&G and other CPG companies. I'm losing it to small players who are finding niche products." Mr. O'Neal, who is a speaker at the Ad Age Data Conference on Oct. 8, added that the small guys are using data, computing power and predictive modeling. "I'm seeing a shift in the micro-economic world today," he said to the audience of around 350 research and analytics executives. "You are causing it."

Still, when it comes to shopping carts, low-tech still beats high-tech. Indeed, the cart of the future may pretty much be the shopping cart of the past, despite decades of dreams and schemes to turn it into a marketing vehicle. Mayur Gupta, former global head of omni-channel experiences at Kimberly-Clark Corp., learned that lesson before he moved recently to become senior VP and head of digital at Healthgrades, an online health care rating and referral service. At the ANA conference he recounted a project he worked on a few years back with the CMO of a major retailer to discover "the shopping cart of the future," entailing "all kinds of beacons and sensors and technology." Ultimately, he said, the giant retailer realized moms already had smartphones and babies to deal with in the store and "didn't need one more digital device." They concluded the best addition might be a smartphone holder for cart handles -- though that hasn't happened yet. It's yet another reason, he said, to consider people before the cart, or the technology. 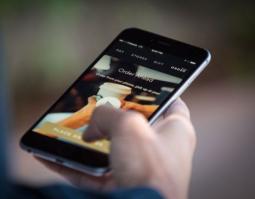 Coffee ordering, on the other hand, has entered the digital age -- and Starbucks is going to great lengths to promote its mobile order and pay system. The marketer told investors at a conference earlier this month that the rollout would soon go nationwide, allowing patrons across the company's U.S. stores to order and pay ahead of time, then skip the line and pick up their drinks. So, how did it make the actual announcement? With a three-pronged approach issued Tuesday morning. In one post, Starbucks told the story of the chief digital officer behind the launch. Starbucks also had some of its biggest fans tell their stories, including one woman who told her boss that using the app is the reason she's now making it to work on time. And, there was the more traditional press release.

Brewers of beer -- not beans -- continue to be a major sponsorship spending force. Anheuser-Busch InBev, MillerCoors and Heineken combined spent more than $425 million on U.S. sponsorships last year, according to new report from sponsorship consultancy IEG. A-B InBev led the pack, shelling out an estimated $300 million to $305 million, with 86% of that going to sports. MillerCoors spent an estimated $115 million-$120 million, with 90% going to sports. Heineken, which spent $10 million to $15 million, dedicated 49% of its sponsorship budget to sports, followed closely by festivals, which consumed 43%, according to IEG. 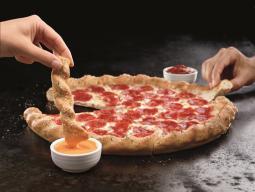 Pizza Hut, which has turned crazy pizza concoctions into a sport, is out with its latest gimmick: Twisted Crust Pizza, with a "tearable, dippable breadstick crust" and served with marinara sauce for dipping, along with a choice of Buffalo Ranch or Cheddar Cheese sauce.

Finally, here are a couple of key executive moves:

Walmart has replaced Gibu Thomas, its former senior VP of mobile and digital, with a pair of execs. A spokesman said his duties have been split between Helen Vaid, VP-customer experience, who was already heavily involved in overseeing the mobile technology piece as part of her work on the overall Walmart online and offline customer experience, and Jeremy King, senior VP and chief technology officer of Walmart global ecommerce, who is overseeing the work Mr. Thomas handled with @WalmartLabs in other areas of technology development. Mr. Thomas left Walmart in July and is now the general manager and head of e-commerce for PepsiCo.

Meanwhile, Century 21 Real Estate has named Cara Whitley as its new new global chief marketing officer. She had been the chief marketing officer of Squaw Valley Ski Holdings since October 2013. Former CMO Bev Thorne -- who pushed the marketer into Super Bowl advertising -- left Century 21 last year and is now CMO at FirstKey, a private investment management firms, according to her LinkedIn page. 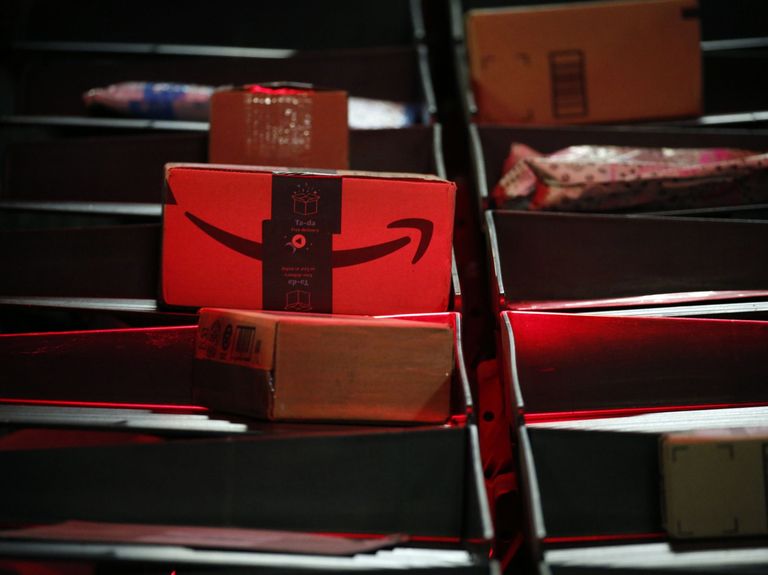