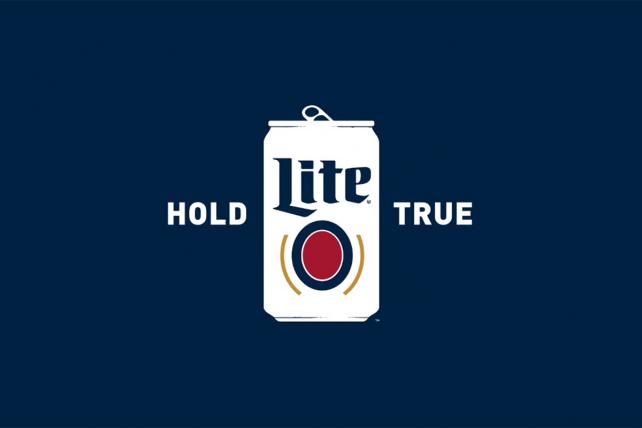 Miller Lite has cracked open a new tagline -- "Hold True" -- but will continue its product-focused approach that includes extreme close-ups of the brew, while attacking its larger competitor, Bud Light. The new ads by 180LA began trickling out this week and were previewed at MillerCoors' annual wholesalers meeting in Las Vegas. A spokesman described the effort as an expansion of the "Spelled Different, Because it's Brewed Different" campaign that launched last year. That campaign began taking on Bud Light in September, and the new effort continues that approach. One of the new spots shows a Miller Lite can set on top of a Bud Light coaster, while a voiceover plugs Lite as brewed with "more taste, less calories and half the carbs."

Beer Business Daily, which reported on the private wholesalers meeting, stated that the "Hold True" message is meant to convey multiple meanings, including "holding to the authentic original light beer, with minimalist graphics on its packaging." Lite eked out a 0.1% gain in shipments last year as its beer market share held steady at 6.2%, according to data from Beer Marketer's Insights. Bud Light -- the nation's top brew -- saw its market share fall from 17% to 16.2% as shipments fell by 4%. The new tagline comes 17 years after Budweiser used a one-word tagline, "True," that debuted with the iconic "Whassup" ads. Those ads were based on a short film called "True" by Charles Stone III that featured friends and their unique greeting.

In other MillerCoors news, the brewer is celebrating the 150th anniversary of its Leinenkugel's brand with a limited-edition "anniversary lager" brewed in collaboration with Munich-based Hofbräu München. The brew, set to arrive at select bars in April and in six-packs in June, is made with American hops and some German malt.

E-commerce sales of packaged goods continued to soar last year, according to data provider 1010data, up 36% to $10.4 billion based on data from the top 100 online retailers. E-commerce accounted for $2.8 billion of CPG growth, enough to account for around 0.4 percentage points of overall growth for an industry whose sales grew only 1.7% to $681 billion last year, according to IRI and Boston Consulting Group. The 1010data report excludes direct sellers that fall outside the top 100 e-tailers, such as those shaking up the razor business -- Unilever's Dollar Shave Club and Harry's. So the actual CPG e-commerce total is higher. 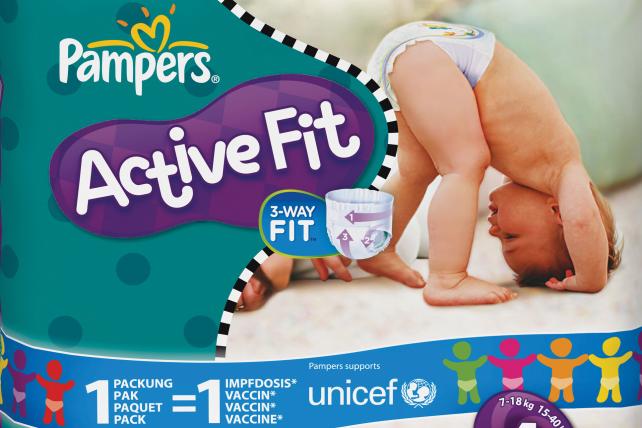 Non-food categories dominate, with health supplements alone accounting for $2.6 billion in sales. Pet food comes in second at $1.5 billion. It was the fastest-growing segment -- up 67% and bigger than the people-food categories of drinks and snacks combined, which had under $1 billion in sales. Various beauty and personal-care categories combined for more than $3.6 billion. Top selling online brands include Optimum Nutrition, Blue Buffalo and Procter & Gamble Co.'s Pampers. Jet.com, launched in 2015 and acquired last year by Walmart, was the fastest growing CPG e-commerce retailer, up nearly fivefold. Walmart.com was up 42% year over year, edging the 40% growth for Amazon's non-subscription business. But Amazon's subscription CPG sales soared 80%. According to 1010data, which said Jet's volume-based discounts may be helping Walmart counter Amazon's subscription edge. 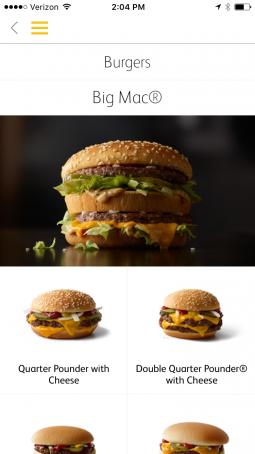 Onto the fast-food biz, where some McDonald's customers out west are getting an early chance to use the marketer's mobile order and pay technology in its app. The so-called "beta pilot" covers Monterey and Salinas, Calif., and Spokane, Wash. The early access is available for 29 California locations and will extend to 51 restaurants in the Spokane area starting March 20. The plan is to get feedback before rolling the system out nationally at the end of 2017. And how does the Golden Arches plan to eliminate soggy fries or other concerns when food sits around after it is ordered? It is using geofencing technology for check-in: food won't be prepared until customers are nearby.

Speaking of McDonald's app, an annual study from Market Force Information showed the world's largest restaurant chain had the highest awareness of its mobile app in the burger category. However, it came in last place in the category overall, with In-N-Out ranked as the favorite burger chain. Chipotle took the top spot in the Mexican category after Taco Bueno snagged the lead last year during Chipotle's food-safety woes. Chick-fil-A kept its top spot in chicken and Firehouse Subs moved into first place in sandwiches after landing in second in 2016. Growing Ohio-based chain Marco's led in pizza for the first time.

Burger restaurants are still the leading category surveyed, with 45% saying they visited a burger chain at least five times in the past 90 days. Market Force's findings from an online survey of more than 11,000 adults (about 73% female, 27% male) found tech matters in quick serve: 55% said they used an app or tablet at a table to order over the past 90 days. Nearly one-third (31%) said they recently used an app or digital wallet to pay, up from 23% in 2016 and 19% in 2015. "We are seeing strong year-over-year trends indicating that the adoption of consumer technology in the QSR industry is increasing dramatically," Cheryl Flink, chief strategy officer for Market Force Information said in a statement. "Recent announcements of QSRs rolling out more kiosks, apps and delivery services should accelerate that adoption even further and have a huge impact on the future of dining out."

Esi Eggleston Bracey is leaving as president of Coty's consumer business at the end of March for personal reasons, the company announced, to be replaced by Laurent Kleitman, currently exec VP-global hair care for Unilever. He takes over May 15, and like Ms. Bracey will report directly to CEO Camillo Pane. Ms. Bracey, a career Procter & Gamble Co. executive, formerly headed P&G's cosmetics business before it was spun off to Coty last year. She accepted the Coty role in November 2015, and it's been a rough ride. Sales for the consumer business fell 13% last quarter, which Mr. Pane on an earnings call termed "clearly disappointing" and blamed in part on some of the key brands being "orphaned" at P&G. Grey, with which Ms. Bracey worked many years at P&G, said it resigned all its Coty business last month, also including Clairol and fragrances, citing "financial differences." A Coty spokeswoman later said CoverGirl, the biggest spender among the brands Grey exited, moved to Droga5 "based on creative merit," not financials. In an email, Ms. Bracey said she's planning to take some time off for a personal sabbatical to spend with her family in Geneva before they relocate to New York in the fall. "I was doing split family between New York and Geneva and decided that the distance was no longer manageable," she said.

Procter & Gamble Co. faces an uphill battle in its call for all digital media providers to get verification of viewability from third parties accredited by the Media Rating Council, given that only one of the major social media "walled gardens" so far have formally started the audit process. But the one that has -- Google's YouTube with a viewability audit being handled by Ernst & Young -- is confident it will meet P&G's year-end deadline, a spokeswoman said. Google has received 30 MRC accreditations across other parts of the business over the years, she said.