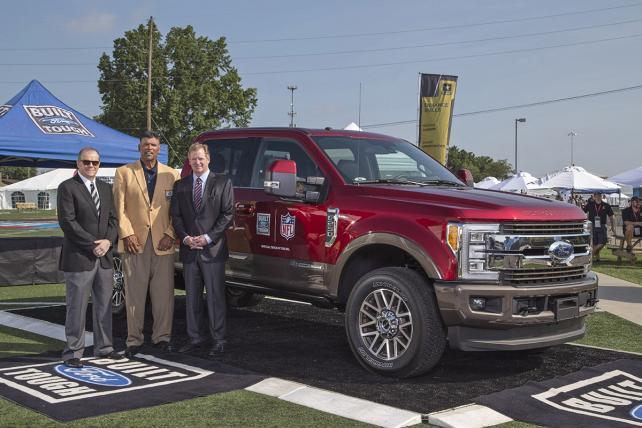 Hyundai's reign as the NFL's only automotive sponsor ended today when Ford announced a three-year deal as the official truck of the NFL. Hyundai's four-year deal began last year when the Korean brand replaced General Motors, which had sponsored the NFL since 2001. Splitting categories into two like this is unique, but not unprecedented in professional sports. For instance, the Los Angeles Rams recently announced a deal to make Corona its official imported beer, while Bud Light is expected to remain as the team's domestic beer sponsor.

Hyundai's fleet is dominated by cars. While it sells crossovers and SUVs, it does not sell trucks, making the NFL's deal with Ford a little less threatening. "There is not a lot of overlap between a Hyundai Santa Fe customer and a Ford F-150 customer. If there was, that is where it might get a little bit problematic," said Jim Andrews, senior VP-marketing for sponsorship consultancy IEG. A Hyundai spokesman said the automaker has known there would be a truck sponsor since day one. "Like Hyundai, Ford recognizes the value in being an NFL sponsor and reaching the millions of passionate fans who are gearing up for the start of the season tomorrow," the spokesman said. "We are extremely pleased with how our sponsorship has unfolded so far and have some exciting plans for year two. As the official car, SUV and luxury car of the NFL, we have exclusivity in the categories where Hyundai sells vehicles."

Turning to brand mascot news … Mr. Clean usually has been an animated figure during his 57 years on TV, which helps limit SAG-AFTRA payments and keeps him out of trouble after hours, but the Procter & Gamble Co. brand, fresh off reviving the iconic jingle, is going out on a limb by issuing an open casting call for a live-action Mr. Clean to appear in a limited-edition 2017 calendar. A teaser video featuring Twilight star Kellan Lutz failing his audition directs would-be applicants to details at TheNextMrClean.com. "We found Mr. Clean has such a strong heritage and we hadn't necessarily been taking best advantage of that," said Kevin Wenzel, associate brand director. "Phase one was revitalizing the jingle, which has gotten off to a phenomenal start." Sales have accelerated in the seven weeks since the new jingle in three languages came out, and Mr. Wenzel hopes for a similar boost from publicity surrounding a new Mr. Clean. While the gig, which comes with a $20,000 prize, initially just includes the calendar appearance, he said it could ultimately work into other advertising or public appearances.

Where does mayonnaise come from? Unilever is trying to answer that with two video spots that included a live-stream from a real Hellmann's Canola Farm in Canada. Launched in Canada, it's the first North American work for Unilever from Cubocc New York, an offshoot of a Brazilian agency and part of Interpublic's Flagcx "creative disruption network," which bills itself as a "post advertising agency." The agency was also responsible last year for Axe's "Romeo Remix" in Brazil, a modern remake of the Romeo and Juliet story with thousands of versions served to people programmatically based on such things as their taste in music or movie genres.

A week after abandoning its plan to buy Hershey, Mondelez International is making chocolate plans on its own. On Wednesday, Mondelez said it will pursue a major expansion into the U.S. chocolate market. Those plans include marketing an Oreo Milka chocolate bar in the United States, a product that's already a hit for the company elsewhere. 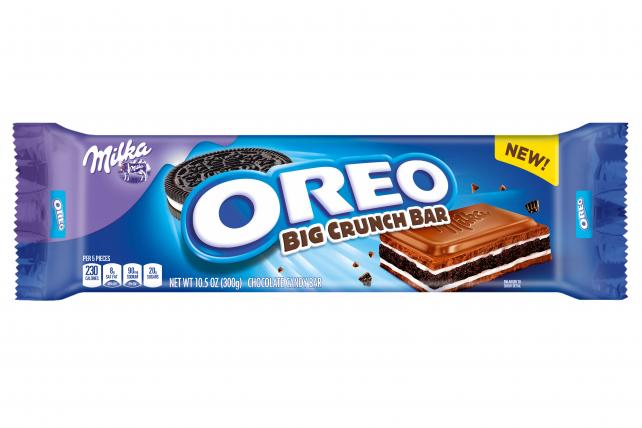 Mondelez already sells the Milka with Oreo product in about 20 markets, including Germany. And It is branded as Cadbury Dairy Milk with Oreo in big Cadbury markets such as the U.K. and Australia. "With our strong brands and global expertise in chocolate, we see enormous potential to grow our U.S. business and expand the category," Chief Growth Officer Tim Cofer said in a statement. Other U.S. plans include expanding its higher-end Green & Blacks line. Mondelez is currently a distant 8th in the U.S. chocolate confectionery market with 1.7% market share, well below leader Hershey's 31.6% share, according to Euromonitor International. Globally, Mondelez ranks second behind Mars, with 13.6% market share. 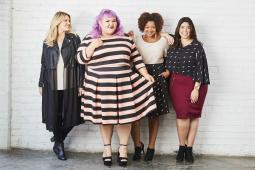 In advance of New York Fashion Week, which begins Thursday, JC Penney hosted its own runway show on Tuesday outside its Manhattan store. The live-streaming event, which highlighted looks from the retailer's new plus-size clothing collection from "Project Runway" winner Ashley Nell Tipton, was open to the public and included a "braid bar" hair-styling outpost, photo booth with a cardboard cutout of Ms. Tipton, and "bold lip" salon for passersby. The Plano, Texas-based retailer also debuted a three-part video series about the collection in late August.

After a decade as CEO, Hormel's Jeffrey Ettinger plans to retire from that role on Oct. 30. Mr. Ettinger will remain chairman of the board, while Hormel President and Chief Operating Officer James Snee will become the Spam maker's next CEO as of Oct. 31. Mr. Ettinger, with Hormel since 1989 and CEO since 2006, helped the company grow in part through a series of acquisitions, including this year's purchase of the Justin's brand. He was the eighth leader to oversee Hormel's longstanding relationship with BBDO. In 2013, Mr. Ettinger spoke highly of BBDO Minneapolis when the marketer and agency won the gold in Ad Age's first agency-client-marriage contest.