Coca-Cola gives U.S. marketer additional role
First up, some breaking news from Coca-Cola. On Wednesday afternoon, Coca-Cola announced Stuart Kronauge is now business unit president of USA operations and SVP of marketing. She is still responsible for both brand marketing and strategic marketing, and now the franchise and commercial leadership organization also reports to her. The move comes as Hendrik Steckhan stepped down as president of USA operations as of May 10 and plans to retire on July 31. A few other executive shifts were also announced.

Daphne Oz is here to solve America's snack fatigue
Do you suffer from Restless Palate Syndrome? It's a thing. Well, it's a way to promote a flavor contest. Kind's latest push features Daphne Oz (the celebrity chef and daughter of celebrity doctor Dr. Oz) in a PSA-style video from The Onion. Oz outlines the symptoms of RPS, a condition afflicting those constantly hungering for the next "it" flavor. "At one point, I traded my grandmother's wedding ring for a scoop of Neapolitan ice cream," an actress says in the video. 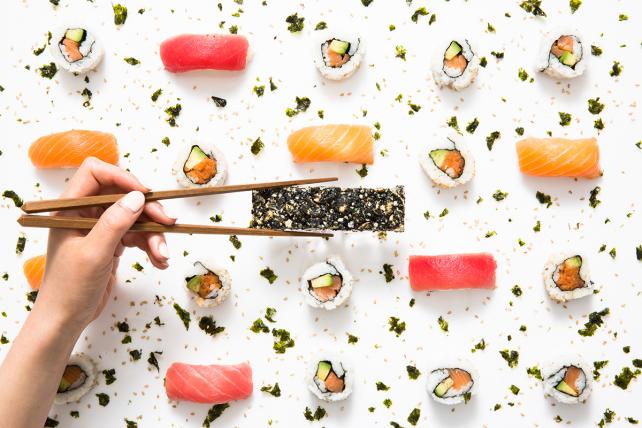 Kind wants people to choose from four clearly not ordinary flavors for a new bar: Sangria, Sesame Seaweed, Sweet Pretzel Crunch or Spiced Fig. The winning flavor is set to be shipped to voters this summer. Kind did not rule out the possibility of a flavor also making it to retail.

Get ready for even more PR
Marketers' staffing and spending on public relations are both expected to rise over the next five years, according to a new survey the Association of National Advertisers conducted with the USC Center for Public Relations at the Annenberg School for Communication and Journalism. While a study about the future of PR from a PR-focused organization with only about 100 respondents might be dismissed outright, it's worth noting that 54% of respondents said they anticipate PR will become more closely aligned with marketing in the next five years and 18% expect it will become a subset of marketing. And 34% said the number of overall agencies they work with -- advertising, branding, digital, marketing, PR, etc. -- would decrease over the next five years.

The money will follow: 75% said they plan to increase overall spending on PR over the next five years and 62% plan to increase their staff to support PR over that period, compared with just 25% and 16%, respectively, budgeting for similar increases in 2017. Just 8% expect a decrease in internal PR staffing and 9% predict a decline in PR spending over that five-year timeframe.

"Our findings clearly predict a convergence of PR and marketing over the next five years," Fred Cook, director of the USC Center for Public Relations and chairman of Golin, said in a statement. "It's going to be very interesting to see how that merger plays out in agencies and organizations.

The findings were released after the Ad Age Agency Report showed a 3.2% increase in PR revenue, to $4.5 billion, for 2016.

Hey, Tesla's not the only game in town
California-based electric supercar startup Faraday Future's mission statement explains, "We aspire to redefine what people expect from personal transportation and FF 91 reflects this new vision of advanced mobility." Yet since it was founded three years ago, the company has been plagued with negative headlines. Long-billing itself as a "Tesla-killer," it has seen mishap after mishap including a total FF91 "fail" during CES earlier this year, the loss of several key execs and the scaling back of its U.S. production plans.

To remind people it's still around, Faraday Future released a new film in honor of its three-year anniversary. The "Emergence" online ad was created in-house and opens on a misty nature scene. A quiet keyboard-driven track plays as we see the brand's space-like FF 91 SUV drifting through woodsy canyon roads. The music then amps up as the car hits the city streets and then, the open road. The cuts get faster and random scenes of waves crashing cut in, along with various sheet metal shots as the car that zooms off, presumably, toward a brighter future.

Jack Daniel's thirsts for another Tennessee NBA franchise
The NBA already has a team in Tennessee. (And to any Memphis Grizzlies fans still sad about losing to the Spurs in the first round, well, at least your guys won a couple of games!) Is there really room in the Volunteer State for another franchise? No. But that's not stopping a brand from dreaming. NBA partner Jack Daniel's puts forth the idea of a team based in its tiny hometown of Lynchburg, Tenn., in a spot featuring residents, distillery workers and Bill Walton questioning the idea. The commercial, from Arnold Worldwide, is set to begin airing tonight during the NBA playoffs and be used during the 2017-18 season.

Bayer shines light on sunscreen claims
Sunscreen claims are often viewed skeptically -- for good reason. Besides legal challenges, a Consumer Reports study last year found 43% of sunscreen products had less sun protection factor (SPF) than claimed. Now Bayer, whose Coppertone brand first developed SPF labeling back in 1944, has enlisted third-party quality assurance firm AccountAbility to review its manufacturing and accuracy of labeling claims, then publish the results. They passed. "Our consumers have access to a lot of confusing and contradictory information, and that could shake some confidence," said Lisa Perez, Coppertone marketing director. "We thought it was important for take some leadership in instilling confidence back."

Stop-motion miniatures now in the toilet
Maybe one sure sign a marketing trend has ascended is when it goes in the toilet. Miniatures, which have shown up for everyone from Progressive to Katy Perry's latest single, are part of a recent campaign for Clorox Bleach and its many uses, including, yep, cleaning up after toilet mishaps. The series of bite-size nuggets (OK, bad segue) are perfect for consumption on Facebook, where they now live.

Getting emotional over pregnancy testing
Ads for pregnancy tests from Church & Dwight Co.'s First Response long have been a cold affair. They show women waving the magic wand, close the deal with claims about how early you can know, and even add tags hawking accessories like First Response Pre-Seed Lubricant. Surprisingly, given the subject matter, they lack emotion. No more. A new ad from the brand's longtime agency The Joey Co. of Brooklyn, just in time for Mother's Day, is all about the baby-mom bond, with a little four-hormone pregnancy biochemistry thrown in, but no product shot whatsoever.