Sprite -- which has deployed hip hop marketing since the days of Kurtis Blow -- has struck a deal with the estate of the late Tupac Shakur for its newest campaign. The late hip hop icon's lyrics will be featured on this year's edition of the "Obey Your Verse Lyrical Collection." The campaign features lyrics on Sprite packaging this summer, including from Missy Elliott and J. Cole. A total of 16 lyrics will be emblazoned on cans and bottles. Tupac's lyrics include "keep ya head up" and "the gift of speech, the power to reach," plus four others. 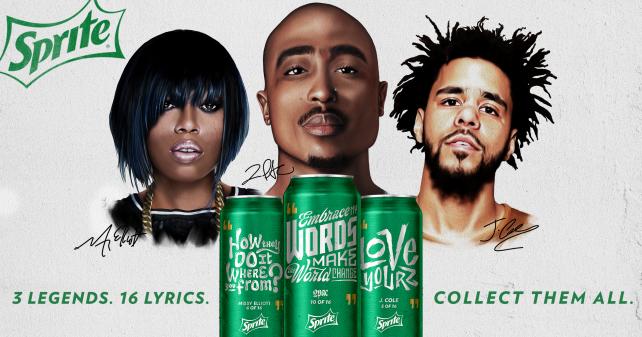 The second edition of the Sprite Obey Your Verse Lyrical Collection.

The campaign will include a TV ad by Wieden & Kennedy that is set to debut Monday as well as outdoor, radio, social and in-store ads. Sprite's lyrical campaign is running concurrently with sibling brand Coca-Cola's "Share a Coke and a Song" program that launched in April and involves putting more than 70 popular songs on cans and bottles. "From the moment Sprite tapped into hip-hop culture 30 years ago with our ad featuring Kurtis Blow, the brand has strived to celebrate self-expression and provide artists with platforms to tell their most moving stories," Bobby Oliver, director for Sprite & citrus brands for Coca-Cola North America, said in a statement. Here is that original spot:

Craft beer brands are known for labeling their beers with catchy, creative and sometimes edgy names. But a Sacramento, Calif.-area brewer has pushed the boundaries way too far, resulting in a marketing fail. The business chose the name "Special Ed's Brewery" for a planned homebrew supply store and small brewery in Galt. As the Sacramento Bee reported this week, "one of the brewery's slogans reads, 'Ride the short bus to special beer,' in seeming reference to buses transporting developmentally disabled children." The business also proposed "Back of the Bus Brown Ale," an apparent reference to the Jim Crow-era policy, the newspaper reported. The backlash was harsh and immediate, prompting an apology from the business owners. But they are sticking with the Special Ed name, the Bee reported. Co-owner Cheryl Mason told the Bee that "the name is Special Ed's Brewery, not Special Ed Brewery. My husband has been known as Ed or Eddie all his life, and he's special to me."

Here is an alcohol gimmick that might work, or at least draw more positive attention: Hair stylist John Blaine is out with a new hair brand called Vine de.la Vie that uses so-called wine extract. The extract "comes exclusively from red grapes that are grown, aged and fermented to specifically produce this highly powerful polyphenol that works wonders on hair," according to the brand's Facebook page.

Shifting to snacks, Hillshire Snacking is giving a 360-degree view of theatrical acts it says were inspired by products such as meat, cheese and cracker plates. In "Snack Theater" videos added to Facebook and the brand's web site this week, viewers can see a fire dancer inspired by its Hot Calabrese Salame snack; a musician playing on wine glasses representing its Wine-Infused Salame; and an origami master making a giant paper koi, which somehow was inspired by a dish of grilled chicken bites with teriyaki dipping sauce. Viewers can move their cursor to move from one scene to another. The video was created by Y&R with VML on digital, BPN on media and MWW on public relations. Hillshire, which has been promoting Hillshire Snacking with digital assets since January, is the first Tyson Foods brand to use Facebook's 360 video.

Dunkin' Donuts sought to add an extra jolt to morning java runs this week with the national rollout of on-the-go ordering. Along with the more usual announcements about its updated ordering platform, such as emails to its DD Perks rewards program members, the coffee and donut chain showed a very unique (and staged) order and pickup moment involving the fastest female wingsuit BASE jumper. The chain had Ellen Brennan jump from a 8,346-foot high mountain in France, where she soared at speeds approaching 120 miles per hour and approached a Dunkin' shop at 5,315 feet built for the occasion, where she grabbed a bag mid-flight. The scene, which included a close-up of Ms. Brennan's DD Perks-branded helmet, took 30 attempts, agency DigitasLBi said. It was captured with HD and 360-degree HD cameras and shared on social media with the hashtag #WTFast. Dunkin' rolled out on-the-go ordering nationally after a test in Portland, Maine in late 2015 and tests in the Boston and New York areas earlier this year.

Unilever's Dove Men+Care and The Marketing Arm lean heavily on YouTube video in a new 60-second video portrayal of dads as heroes, just in time for Father's Day. Vignettes range from daring rescues to everyday duties, including a snippet of a two-dad household. The video is the latest in a series by the brand celebrating fatherhood.

Retail is a rough business to be in right now, so some operators are diversifying with music. Simon Premium Outlets, which runs 87 off-price shopping centers in the U.S., recently announced it will sponsor the upcoming concert tour of singers Demi Lovato and Nick Jonas. This is a first for Simon, which will also host meet and greet events with the artists at select locations. The tour will run from June through September. 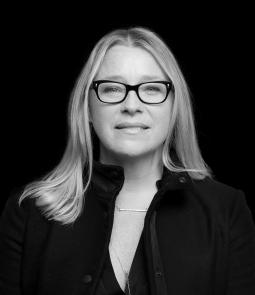 Jean Batthany, an executive creative director at DDB Chicago, is moving from the agency world to the client side. Ms. Batthany, who works on accounts including McDonald's, is heading west to become Disney's VP Global Creative for parks and resorts. Ms. Batthany said she will be leading creative at Disney's internal agency, Yellow Shoes, as well as outside agency relationships. She might have her work cut out for her as Disney seeks to recover from bad publicity surrounding an alligator attack on a child at a Disney World resort hotel property.