The Lowdown: What Were the Top Brand Moments of 2015? | Ad Age
Skip to main content
Sign In Register

The Lowdown: What Were the Top Brand Moments of 2015?

Tis the season -- for end-of-year lists. The latest one comes from Amobee Brand Intelligence, which has compiled a list of the top brand moments of 2015 based on digital engagement data. Honorees include Pizza Hut in the "viral victories" category for its social media activations around #TheDress. The brand was mentioned in 22,961 tweets related to the blue-or-gold debate.

It's white and gold. pic.twitter.com/OqrPgKx6r4

Some winners just got lucky -- like Taco Bell, which saw digital engagement jump 103% on May 21 after David Letterman opted to re-air a classic sketch on his "Late Show" finale in which he pranked people working at a Taco Bell drive-thru window. Other winners include Gillette, which earned "sharpest movie-tie in" for its campaign around Marvel's "Avengers: Age of Ultron" film, which included this spoof ad for mythical Avengers-inspired razors. 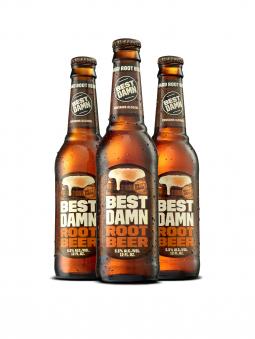 Anheuser Busch InBev's new Best Damn brand -- which was mentioned in a previous edition of Lowdown -- officially launched this week with Best Damn Root Beer, which is the first hard root beer sold by the brewer. "We've seen a growing consumer interest in sweeter taste profiles, and we jumped at the opportunity to brew an easy-drinking, hard root beer," said Rashmi Patel, VP of share of throat for the brewer. Yes, that is her actual title, which refers to a new "share of throat" team "dedicated to creating and marketing a portfolio of alcoholic beverages that tap into consumers' growing preference for sweeter taste profiles and different drinking occasions," according to A-B InBev. Other brands in the group include Lime-A-Ritas and Oculto, which is a tequila-flavored beer. It is expected that additional Best Damn flavors will arrive in 2016. The agency on Best Damn is Protein.

You might say Popeyes Louisiana Kitchen has really cemented itself in the Bahamas as it gears up for its second year sponsoring the Popeyes Bahamas Bowl. The fast-food chain opened its first Bahamas restaurant on Dec. 10. The location, roughly 10 minutes from where the Dec. 24 bowl will be played, "is breaking multiple international sales records," according to Popeyes U.S. Chief Marketing Officer Hector Munoz. The chain is set to sponsor the game in the next one or two years as well, he said. Mr. Munoz said when Popeyes decided to sponsor the bowl in 2014 it knew there were synergies between its fans and football fans, as well as football players. "We're probably catering to an NFL football team every single week during the season," he said. The sponsorship of the 2014 bowl led the brand to more than 1 billion impressions. It helped that the end of the game was very exciting. 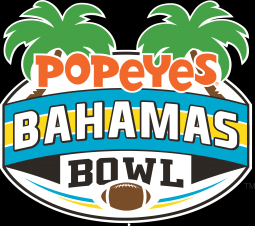 Promotions such as winning trips to the Popeyes Bahamas Bowl started in the restaurants in September. Now in the weeks leading up to the game it is being promoted on packaging and employees have the game logo on their uniforms. The chain plans to announce its latest limited-time offer during the game on TV and radio. Mr. Munoz wouldn't share what the new product coming to restaurants on Dec. 26 will be, but last year's announcement was for ghost pepper wings, which he said were "highly successful." Popeyes' agency for advertising, media, digital and social engagement is GSD&M, out of Austin. It is also working with Melt in Atlanta and HelloWorld for some of the work on the bowl, Mr. Munoz said.

In more serious food news, Chipotle Mexican Grill continues to speak out about food safety. The company tweeted from its main account, @ChipotleTweets, on Wednesday for the first time since Dec. 3. It linked to a letter from Founder, Chairman and Co-CEO Steve Ells in which he said: "The fact that anyone has become ill eating at Chipotle is completely unacceptable to me and I am deeply sorry." In the letter, which also ran as a full-page ads in some Wednesday newspapers, Mr. Ells addressed how Chipotle is updating its food safety program. The latest outreach comes after the topic dominated a Chipotle session at a Bernstein conference and Mr. Ells appeared on "The Today Show" to be interviewed by Matt Lauer last week.

"Nothing is more important to me than serving my guests food that is safe" -Chipotle founder Steve Ells https://t.co/JmP72mL631

Turning to retail: Lord & Taylor has quietly been rolling out a new logo on its social media channels in recent months. 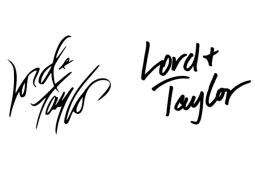 The 189-year-old department store chain has updated its historic script with a more contemporary and casual take that experts expect to be the brand's attempt at attracting much-desired millennial consumers. Yet the reaction has been largely unfavorable thus far. Branding and identity design-focused site, Brand New, wrote that the new logo "takes away the luxury-ness of the old one and now looks like a logo for teenagers. It's trying too hard to be hip and unclear about who its audience is." In recent months, Lord & Taylor, which is owned by Hudson's Bay Co., has thrown parties for twenty-something-aged shoppers and recently launched Design Lab, a clothing line aimed at that demographic. Yet the redesigned logo, which has yet to be implemented on the chain's website, emphasizes nonchalance in a decades-old logo lauded for its uniqueness. Totem Creative handled the new logo, according to a spokesman.

"Lord & Taylor is on a mission to modernize the brand through our merchandising, store environment and service model to better serve our customers today," Michael Crotty, CMO of Lord & Taylor and Hudson's Bay. "A refresh of the logo is a natural part of this evolution. All of this is done with our customers top of mind and we've gotten very positive feedback from them on the new logo."

Meanwhile, ecommerce giant Shopify and Uber have teamed up this holiday season to offer free one-hour delivery to last-minute shoppers.The service kicked off Wednesday and will run until Dec. 24 for participating Shopify merchants located in New York, San Francisco and Chicago. Additionally, Uber has curated a number of gift giving ideas on its own platform using Shopify's tech.

Finally, the New Year will bring a new marketing executive to Farmers Insurance. Leesa Eichberger, former CMO of North America at diet company Jenny Craig International, will start at the Woodland Hills, Calif.-based insurer as head of brand and sponsorships on Jan. 4. "Leesa brings a breadth of marketing knowledge, agency management and brand building experience," said Mike Linton, CMO at Famers, in a statement. A spokesman for the brand said it was too soon to share details of the projects Ms. Eichberger will be leading.