Flipsides: Could Lululemon Come Out Ahead After See-Through Yoga Pants Recall? | Ad Age
Skip to main content
Sign In Register

Flipsides: Could Lululemon Come Out Ahead After See-Through Yoga Pants Recall?

Lululemon's Recall Is Only Its Latest Quality Question

The yogawear marketer Lululemon Athletica reported financial results Thursday morning that beat Wall Street expectations -- but said its recall of too-sheer black yoga pants cost it revenue of $12 million to $17 million in the first quarter and will erase another $45 million to $50 million this year.

It may also have a more lasting impact. By now many people, yoga practitioners and otherwise, know about the recall of Lululemon's signature Luon line because the pants revealed too much of their wearers. To give credit where credit is due, Lululemon responded to the quality issue quickly and across all channels. And there may have been no other choice. But the recall has led to a shortage of a flagship product, forcing consumers to look to the competition while this issue is addressed.

Most importantly, those affected by this recall, along with other loyal Lululemon enthusiasts, will question product quality and the price/value equation. This may be a larger-scale recall that has garnered the most attention, but it is one of four quality-control issues the company has had in the past year.

Just last summer the company was forced to apologize to consumers via Facebook for colorfastness problems that led to products bleeding onto other clothes.

Now a Tawainese supplier is pushing back after Lululemon blamed it for the sheerness of the recalled pants. "All the pants were manufactured according to the requirements set out in the contract with Lululemon," an executive at the supplier told The Wall Street Journal.

When consumers expect consistent high quality products, even the smallest misstep can lead to major blowback for a company. Only a few months ago the oversights surrounding the launch of the iPhone 5, particularly Apple Maps, had a negative effect on the company. And look what's happened since.

Sales didn't nosedive and the company continued to sell iPhones, but the quality of the brand was called into question and major competitors, principally Samsung, were able to gain some ground on the once unyielding tech giant.

This Lululemon recall may too pass in time, but for now it will impact the company's topline and plant the seed of lingering concern over the brand's attractiveness to a highly aspirational, image-driven group of customers. 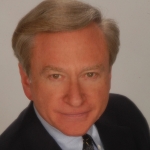 Don't Overlook the Chance for LuluLemonade

On the one hand, the recall that was announced yesterday is understandably embarrassing to a brand and company that has a very loyal, even passionate following among a very aspirational consumer niche. No authentic brand wants to disappoint its best customers, and this error should have been caught earlier in the supply chain.

On the other hand, Lululemon may have an opportunity to squeeze this lemon into LuluLemonade. First, the brand and company have taken immediate and decisive action.

Second, the majority of Lululemon loyalists were unaware of the situation until now, and will respect the company for the action it is taking.

Third, most of those affected by the recalled product will likely forgive Lululemon for what is, in retrospect, an unfortunate, unintentional but understandable oversight.

And, finally, it would not be surprising to see these very sheer pants pop up on eBay, attracting yoga enthusiasts who are looking for a more natural, comfortable clothing experience (and who practice in private).

Brands can migrate out of their niche as a result of a challenging experience. It's called the Spotlight Effect because it's difficult to get in the spotlight, but once it's on you, it presents an opportunity for you to rise and shine.

Remember that Johnson & Johnson's recall of Tylenol in 1982, a far worse crisis, was followed by the most successful brand relaunch in history, after which Tylenol became the leading over-the-counter drug brand in the world. And Coca Cola's failed replacement of Coke with New Coke reversed the brand's decline when consumers insisted on the return of Coca-Cola Classic.

In the event that Lululemon aspires to be more than just a women's yoga brand (what do you think?), this incident has already attracted attention from future users who are not current consumers or even brand-aware.

What's past is past. Americans' memories are short. Lululemon can correct processes that permitted this accident to happen, but also capitalize on the newfound attention that could help get the brand into totally new space.

Brian Davis is a senior project manager at the New England Consulting Group. Gary Stibel is founder and CEO at the company.