Lululemon, in a First, Goes After the Guys | Ad Age
Skip to main content

Lululemon, in a First, Goes After the Guys 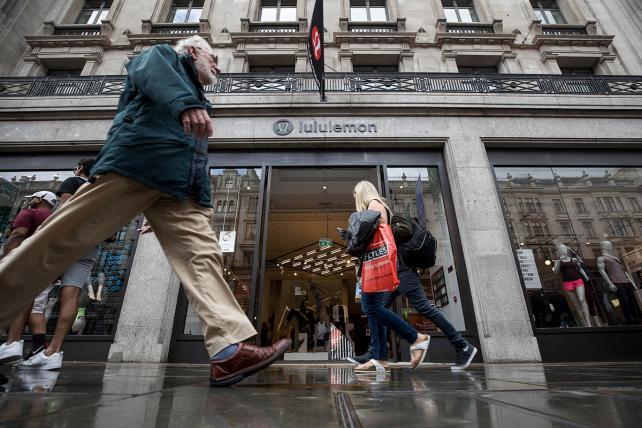 Guys are finally getting their due at Lululemon.

Men's is "one of our best-kept secrets," said Laurent Potdevin, chief executive of the 19-year-old brand, on the call. The new push, which is expected to highlight products like Lululemon's new ABC (anti-ball-crushing) pants, will be part of the larger "This Is Yoga" global brand campaign launched in May.

As the athleisure market slows and competitors like Under Armour see softened sales, Lululemon has been ramping up its marketing. Previously, the chain relied on word-of-mouth, but with new rivals, such as fast-growing Outdoor Voices, it has kicked things up a notch.

The recent push, its first worldwide effort, included a two-minute spot that featured everything but yoga—implying the practice of yoga is core to other sports and activities. The company, which spent $56,200 on measured media in the U.S. last year, more than double that of 2015, according to Kantar Media, tapped Vice Media's Virtue Worldwide for the new effort. That relationship is ongoing.

Incidentally, one of the architects of "This Is Yoga," Duke Stump, a three-year veteran at Lululelmon, departs the brand at the end of September. Stump had been exec-VP of brand and community. A search is underway for his replacement.

Neil Saunders, managing director at GlobalData Retail, applauded the push to target more males. "We believe Lululemon has much more runway with male shoppers," he wrote in a recent research note, adding that the move may have more success than Under Armour's recent attempts to court more women.

During the second quarter, Lululemon saw net revenue of $581.1 million, a 13% rise over the year-earlier period. Digital and same-store sales for the quarter increased 7%. Net income for the period was $48.7 million, compared with $53.6 million in the second quarter of 2016.

Potdevin cited growth in Asia and the men's business, as well as marketing events like Sweatlife, a festival the brand hosted in London that included dance parties and food, as helping to attract more consumers and increase sales.