Retailer Reduces Sales Forecast Again After Yoga-Pant Disaster; Nike, Under Armour, Athleta Poised to Benefit
READ THIS NEXT
The D’Amelio sisters hook up with Hollister and IHOP responds to Adam Sandler: Trending

The market is once again filled with doubts about Lululemon Athletica's niche in a niche market after it revealed slower-than-expected January sales. That's left the company scrambling for solutions; Chief Financial Officer John Currie said the brand team is working to "come up with ideas on everything we can do to get the conversation with our guests back to the fact that Lululemon has the best quality." 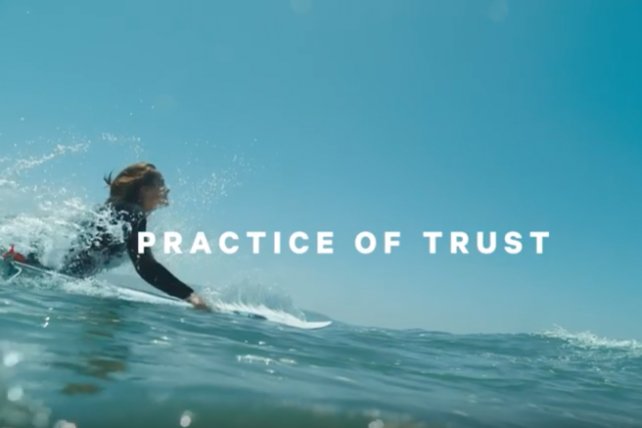 The Vancouver-based athletic apparel company's stock is now trading at a two-year low following what many call "a PR nightmare" of 2013 and slow traffic in January caused the firm's second reduction in a month's time of its fourth-quarter revenue and earnings guidance. Product problems, management issues that led to management changes and an increasingly competitive market are weighing on the company. Investors are worried about the first quarter and beyond. Shares of Lululemon closed trading Monday down nearly 17% at $49.70, following its $22 million quarterly sales forecast reduction earlier in the day.

"We remain concerned that this slowdown could be more brand-driven than consumer-driven, as we think the brand has suffered at the expense of product mishaps over the past few years," wrote Morningstar analyst Jaime Katz in a Monday report.

Wake up call
The company called quality problems it had in 2013 "a real wake-up call" Tuesday morning at the ICR XChange conference in Orlando, Fla. Mr. Currie said immediately that the company is happy to see 2013 behind it. "You've heard the phrase 'any PR is good PR.' Well, we learned that that's not always the case. I just want you to hear it from us: We're taking it serious," said Mr. Currie in his presentation to investors and analysts. "It's incumbent upon us to turn the conversation around to be more positive again."

Mr. Currie noted that the company is doing extensive product testing for every fabric and having people in factories all the time to check product as part of that effort.

Morningstar's Ms. Katz noted that the same-store sales declines the company predicted—in the low-to-mid-single digits—are at a level Lululemon "hasn't experienced since the recession, when it reported negative same-store sales in the first and second quarters of 2009."

Indeed, other brands are likely taking share in the women's fitness category. Over the past 13 weeks, Nike's women's business at retail rose 45% and Under Armour's sales increased 55%, said Matt Powell, analyst at SportsOneSource. Nike and Under Armour did not respond to requests for comment.

Who benefits?
Gap Inc.'s Athleta concept, which the company acquired in 2008, is another brand likely taking share, industry insiders said; Gap declined to comment Monday and it does not break out Athleta sales. Gap said on Jan. 9 that global Gap same-stores sales rose 1% in the November-December shopping season. The firm operates 61 Athleta stores in North America as of Nov. 2, according to its most recent quarterly filing.

Lululemon operates 247 stores and opened 17 new stores in the U.S. during the third quarter. Lululemon did not respond to a request for further comment.

The success of another newer brand to the athletic market also puts the brand image of Lululemon at question. Montreal-based Cory Vines, which says it offers high quality, accessibly-priced athletic apparel, has seen sales increase 100% month-over-month from October to December, according to CEO Daniel Lieberman. The brand, which is sold exclusively online for now, launched last April, coincidentally at the height of Lululemon's issues with see-through yoga pants.

Mr. Lieberman said Cory Vines didn't launch yoga pants until last summer. But when it did, "We had a big jump in sales and sold out of two month's worth of inventory in two weeks." He said 90% of the brand's sales come from the U.S.

Ceded ground
"Women now have choice in the yoga and athletic space, and Lululemon has ceded some ground to these rivals. It remains an open question whether Lululemon can regain customers it lost to these companies even if its brand image heals," said Seeking Alpha report on Lululemon posted Monday.

In addition, said Bruce Clark, associate professor and group coordinator of marketing at Northeastern University, it's questionable where Lululemon would go for growth if it's saturated the yoga market already. "This is a brand that is tied very strongly to women yoga practitioners, and that strength was a great part of the Lululemon success story. However, the company may be getting close to having acquired that market. Where does the next phase of growth come from?" Mr. Clark wrote in an email. "Expanding offerings and/or blurring the brand image can alienate existing customers, especially when a brand has a passionate core following as Lululemon does."

Lululemon launched a concept called Ivivva in 2009 geared toward "young girls dancing their way to an active life." The company said on its third quarter conference call that same-store sales rose 17% and that it plans to increase store rollout. The concept has 10 stores in Canada and eight in the U.S., as well as numerous showrooms in both countries, according to the Ivivva website.

Lululemon founder Chip Wilson resigned as chairman in December and will step down in June after controversial comments in November where he implied Lululemon pants don't work for some women's bodies, according to media reports.

New CEO
Last March, the company revealed product quality issues with its Luon yoga pant, meaning the pants were too sheer. That caused a shortage of the product that composed 17% of Lululemon's women's pants for sale at the time, according to the press release. The company's chief product officer departed the following month and was recently replaced with Tara Posely, who started in November. Lululemon will welcome a new CEO, Laurent Potdevin, on Monday, according to Mr. Currie; he replaces six-year leader Christine Day.

In early December, on its third quarter conference call when the company said revenues jumped 20% and earnings totaled $66.1 million, up about 15%, Lululemon also lowered its fourth quarter sales guidance—once again citing slowing traffic trends—from $565 million to $570 million. At the time, the company cited the general retail environment, but added "it would be naïve to think that the company specific issues that we've been dealing with this year, from the Luon setback to the recent negative PR issues, have not also had some impact."

In September, Lululemon had said the negative impact to full-year revenues from the Luon pant issue would total $40 million to $45 million. But the company also said at that time that its new "Full-on Luon" pant was "flying off the shelves."