Reckitt Benckiser lends Lysol name to hotel, airline and transportation brands that need cleaning credibility and gets long-term supply deals
READ THIS NEXT
ANA pushes for less transparency around donations to nonprofits 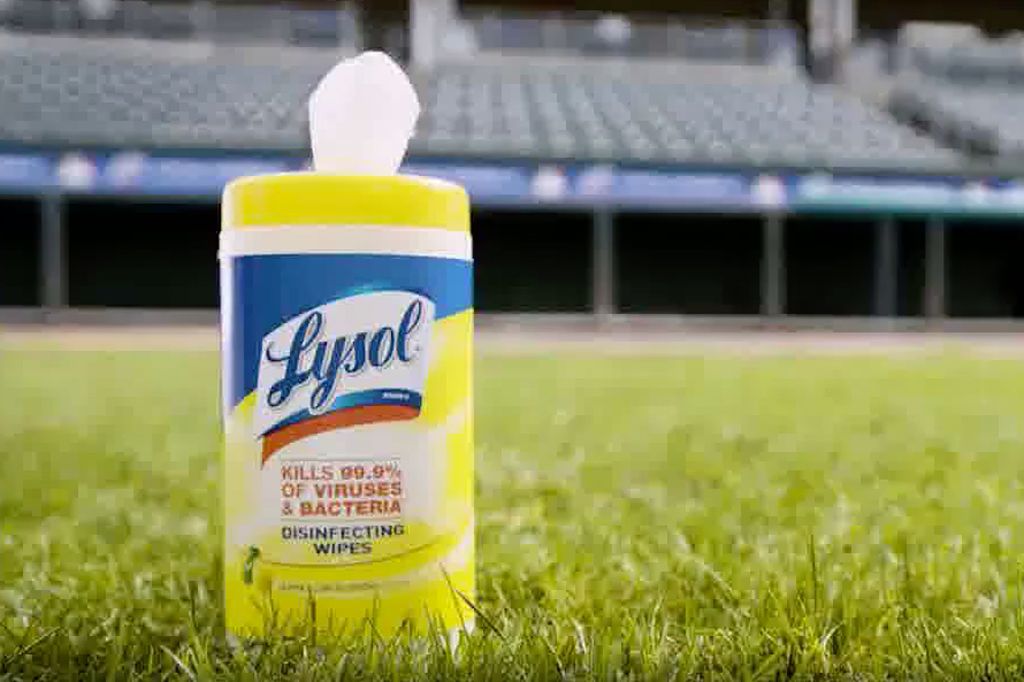 Lysol has no problem selling products these days. Making enough to keep up with demand is the problem. But the brand is stepping up marketing in ways that could create a new business post-pandemic while also building the case for funding increased production to meet current demand.

The Reckitt Benckiser brand has reached deals in recent months with businesses that include Major League Baseball, Delta Air Lines, Amtrak, Avis Budget Group, Hilton Hotels and Airbnb to supply disinfecting products and consultation on cleaning protocols. Under those deals, the partner brands seek to reassure the public or wary customers that they’re keeping things disinfected during the pandemic by using a well-known household brand.

But they also come with multi-year supply agreements that provide assurance to RB that investments made in increasing manufacturing capacity now will still pay dividends once the pandemic subsides and consumer demand becomes less intense, says Rahul Kadyan, executive VP of global business solutions for RB.

“We have traditionally had a large b-to-c business, and our focus never has been on the b-to-b side,” Kadyan says. “A couple of things changed when COVID-19 came around in March. One was that suddenly we found consumers concerns about leaving home increased dramatically.

"The second thing is that consumers told us one thing that gives me the assurance that I’m seeking when I’m going out of home is that that place is using a trusted brand.”

Those things “opened up a whole opportunity for us in the b-to-b space,” he says. Business customers started reaching out to RB via LinkedIn to talk about partnerships, Kadyan says. And RB quickly began to focus on industries hardest hit by the pandemic, including airlines, hotels and transportation.

While the deals aim to reassure customers of Lysol’s partner brands, each also serves as an endorsement of Lysol as a disinfecting brand, and creates a growing web of exposure outside conventional advertising. “It’s a win-win from an equity point of view,” Kadyan says. “It’s hard to quantify, but there will be an impact that will rub off on the consumer brand.”

Clorox Co., in a similar situation with record sales of its Clorox Wipes and extended difficulty meeting demand during the pandemic, has announced similar product and/or consultation deals with partners that include Marriott, United Airlines and Uber, for the latter providing 600,000 cannisters of Clorox Disinfecting Wipes to drivers in Atlanta, Chicago and New York. But unlike RB, Clorox already had a substantial commercial business for its cleaning products, so the deals aren’t building a business from the ground up.

And last month MLB followed suit. The MLB partnership, which included TV advertising during the post-season, featured a supply partnership and having microbiologists and germ-killing experts working with MLB to “reinforce ongoing protocols for disinfection in ballparks, with a focus on high-touch germ hotspots,” starting with the 2021 season; plus providing products for disinfection at MLB facilities during the 2020 post-season, along with hotel welcome kits for players, staff and families.

Of course, that began prior to the infamous return of Los Angeles Dodgers third baseman Justin Turner to the field last month to celebrate the team’s World Series victory after his positive COVID-19 test. But at least there were plenty of Lysol products available for the hotel and clubhouse.

Airbnb, with which Lysol recently began a partnership in Europe, and is extending to the U.S., Kadyan says, is also getting products and disinfecting advice for hosts.

“We could have signed up a lot of these people to supply agreements where we just give them products,” Kadyan says. “But what we’ve said is that we want to work with the partners to provide better outcomes. This has to be a multi-year journey.”

For Hilton, RB sent an R&D team to see what properties were currently doing to clean and disinfect, then provided advice on how to improve practices, such as cleaning elevator buttons, doorknobs and TV remote controls.

But not every solution is instant. Delta told RB its biggest problem was keeping airplane toilets clean in flight, Kadyan says. “So we are now working with them to develop an innovation.”