Ambien weighs in on Roseanne tweets: Racism is not a known side effect | Ad Age
Skip to main content

Ambien weighs in on Roseanne tweets: Racism is not a known side effect 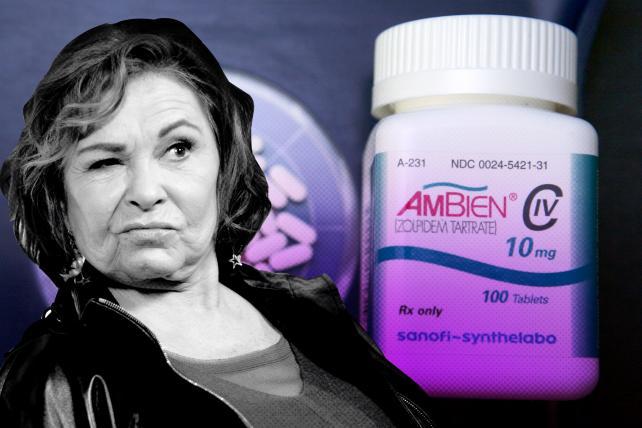 Ambien, the sedative, had an unexpected starring role in the drama that unfolded Tuesday following a racist tweet by Roseanne Barr and the resulting cancellation of her show on ABC. Barr blamed the prescription drug, which is made by Sanofi, for her early-morning Twitter rantings in an apology. "I was ambien tweeting," she wrote in a tweet.

The ensuing jokes—many riffing on the idea of racism as an adverse effect of the drug—earned Ambien a top trending spot on Twitter. As of Wednesday morning, there were 98,400 tweets about the sedative.

But French Sanofi, which has a U.S. arm headquartered in Bridgewater, N.J., was quick to weigh in.

"People of all races, religions and nationalities work at Sanofi every day to improve the lives of people around the world," a spokeswoman said in a statement. "While all pharmaceutical treatments have side effects, racism is not a known side effect of any Sanofi medication."

Indeed, according to Sanofi's site, the most common side effects of Ambien are drowsiness, dizziness, diarrhea, grogginess or "feeling as if you have been drugged."

But that didn't stop consumers from having fun with the implications of Barr's statement. Someone noted that Ambien's Wikipedia page was updated to reflect the new side effect. (Those changes have since been removed.)

Someone updated the Ambien Wikipedia page to include those #Roseanne "side effects"… pic.twitter.com/fZMhNQlReM

Others inevitably brought President Trump into the conversation.

Ambien makes you racist? No wonder some of y'all can't get woke. 😛