Sharpie has a new deal with Aaron Rodgers and Chris Paul, Formica is back on TV and Hellmann's is putting honey in its ketchup. Find out about all that and more below. But first, see how American Girl is bringing its dolls to life.

Barbie might be jealous—American Girl is getting a musical. The high-end doll brand owned by Mattel Inc., plans to debut American Girl Live, a production inspired by doll characters and their stories. The musical, produced by Mattel and Mills Entertainment, will tour nationwide beginning in the fall. It includes an all-female creative team and cast, ready to send a message of female empowerment and inspiration.

But all that empowerment comes at a price. While ticket prices are not yet available, all signs point to a significant sum: American Girl dolls currently cost around $115, more than 10 times the price of a Barbie, and a service at the brand's doll salon on Fifth Avenue in New York, which includes doll hair braiding, can be as much as $20.

Actor Chuck McCann, who died April 8, had roles including being the first person to utter the line "I'm cuckoo for Cocoa Puffs" in spots for the General Mills cereal. "We are saddened by the loss of Chuck McCann. He was the first voice of our favorite bird, Sonny, and from 1963-1978 we all knew he was 'Cuckoo for Cocoa Puffs,'" General Mills said in a statement. "Our thoughts are with Chuck's family during this difficult time." McCann, who died at the age of 83, was also in Right Guard commercials in the '70s and '80s

Formica back on TV for first time in 40 years

It's been 40 years since Formica had a TV commercial. Now it's back with a campaign from Empower, Cincinnati, featuring Leanne Ford, star of the new home show "Restored by the Fords" on HGTV. It's part of a two-year creative partnership between Ford and Formica, which will include her creating future collections using the laminate brand in home remodels. The initial TV ad in the campaign shows Formica used for the expected countertop, but also for unexpected uses such as a sliding door with a writable surface, a coffee table and a bed platform. Empower is a media agency, but has built a creative team to do ads that spring from the media work. This is the first national TV ad Empower has done; it was shot near its headquarters in Cincinnati's Over-the-Rhine neighborhood. Formica and its PR shop Carmichael Lynch Relate coordinated the partnership with Ford.

Sharpie goes beyond autographs with athletes

Athletes have used Sharpies to autograph a lot of gear over the years. Now the Newell Brands writing product is going a little deeper in the relationship, joining The Players' Tribune, an athlete-developed media company, to create an "Uncap the Possibilities" content series where athletes tell their first-person stories. The series and special-edition packs of Sharpies will showcase athletes and the charities they support, including Green Bay quarterback Aaron Rodgers and the Wounded Warrior Project; the Houston Rockets' Chris Paul and his Family Foundation; Olympic Gold-medalist soccer player Alex Morgan and UNICEF Kid Power; and Yankees outfielder Aaron Judge and #ICan Help. It's wrapped up with a promotion in which people can win, of course, autographed items among 50,000 prizes, which also include a trip to New York to meet Judge.

Restaurant industry tracker Technomic says that based on sales and unit growth, chains that could soon crack into its Top 500 ranking include Keke's Breakfast Cafe (No. 508) and Jimmy's Egg (No. 530). Keke's has been opening across Florida. Jimmy's Egg, which started in Oklahoma City, has recently expanded to states including Iowa, Missouri and Texas. The latest Top 500 report, out Thursday, shows McDonald's maintaining its massive lead over every other chain based on 2017 sales figures. Starbucks remains in second place.

Go Gothic. American Gothic, that is 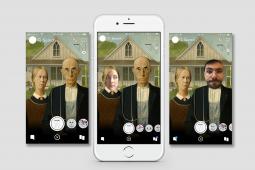 To celebrate its Grant Wood: American Gothic and Other Fables exhibit, the Whitney Museum in New York City is debuting its own Snapchat Lens, which it created with The & Partnership. Users can swap their faces into Wood's 1930 painting, replacing the male and female protagonists. As part of the campaign, the museum is also rolling out out-of-home ads. The exhibition began in early March and will run through June 10. The new marketing push is the Whitney's first time using a Snapchat lens, according to a spokesman. 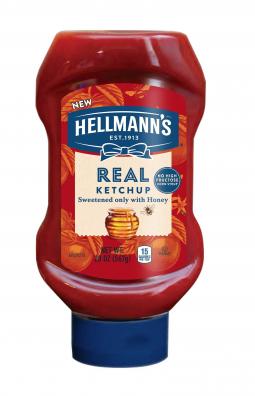 Hellmann's, known for its mayonnaise, is making ketchup moves in the U.S. with a sticky twist—it's using honey as substitute for high fructose corn syrup for its "Real Ketchup" brand.

$6.5 billion: The value of Amazon's sports and outdoors product retailing business, according to a new report from oneclickretail.com, which notes that the category is a "mature one for Amazon, already past its explosive growth phase and settling into a period of stability with 15% year-over-year growth, down from 20% the previous year."

I'm joining the board of #AcreageHoldings because my thinking on cannabis has evolved. I'm convinced de-scheduling the drug is needed so we can do research, help our veterans, and reverse the opioid epidemic ravaging our communities. @AcreageCannabis https://t.co/f5i9KcQD0W

Bottled water brand Essentia has promoted Karyn Abrahamson to chief marketing officer. She joined the brand in 2015 as VP for marketing and innovation after stints at Microsoft, Starbucks, T-Mobile and Adidas America.