LeBron James is on the pitcher's mound—wait, what?—a craft beer makes a Texas-size Super Bowl ad buy and Ralph Lauren-designed Olympics gear takes some heat. But first, what Axe is up to.

Axe looks for magic
Unilever's Axe, having adopted a more nuanced view of masculinity in recent years, takes a step back toward its hetero roots in new ads for Axe Gold from 72andSunny. The brand long had a bad-boy image, with its ads showing women strangely attracted to Axe-wielding men. Then the "Find Your Magic" campaign from 72andSunny in 2016 defined male confidence more broadly and even included guy-chasing-guy and transgender images. "Find Your Magic" remains in the new work from 72andSunny, but a new ad tacks back toward the original brand purpose, as guys navigate life mishaps better thanks to Axe Gold body spray, then end up surrounded by women oddly attracted to them.

Here's an explanation from an Axe spokeswoman: "In Axe's old campaigns, the power of attraction was in the can of Axe, whereas with 'Find your Magic,' the power of attraction comes from the guy himself." The new work is "meant to put a playful, relatable spin on the 'Find Your Magic' point-of-view—that inner confidence, self-expression and unique style are what truly make guys attractive, even when things don't go as planned," she says. The brand remains "dedicated to championing a more inclusive definition of masculinity and attraction."

Marketing may gain from K-C's job cuts
Huggies, Kleenex and Kotex marketer Kimberly-Clark Corp. said Monday it will cut 5,000 jobs in an extension of its long-running restructuring program. Media reports and some analysts blamed pricing pressure from Procter & Gamble Co., but P&G's prices were neutral overall last quarter and focused mainly on razors. Both paper giants blamed unspecified competition, private label and retailer inventory cuts for troubles in diapers, as K-C blamed continued declines in U.S. birth rates. It's unclear how many, if any, of those K-C jobs will be in marketing, but Chairman and CEO Tom Falk pledged in a conference call that some savings would go to increased marketing spending. 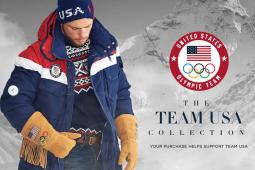 Those gloves, though…
After unveiling a rather basic look for Team USA's closing ceremony uniforms in November, Ralph Lauren, the official outfitter of the U.S. Olympics Teams, is getting frisky with fringe for the opening ceremony. This week, the clothier showcased jackets with built-in heating technology for extra warmth in South Korea. The uniforms also include not-so-basic fringed gloves, a Western-style one Deadspin writer called "lumberjack-themed oven mitts." Ouch.

What it costs to run a Super Bowl ad in Texas
The Cowboys aren't in the Super Bowl and neither are the Texans. But Shiner Bock beer is, at least in its home state of Texas. The craft beer is running a spot covering almost every media market in the Lone Star state during the Feb. 4 game on NBC. The brand said the ad cost $1.2 million, including the media buy and ad production. Shiner declined to break-out the media cost. But Gregor Mina, marketing director for brand owner Gambrinus Co., says the buy was in the "high-six- figure" range. Despite being confined to Texas, the spot will hit some of the nation's largest media markets, including No. 5 Dallas-Ft. Worth, No. 7 Houston and No. 31 San Antonio. Shiner, made at the Spoetzl Brewery in tiny Shiner, Texas, draws 70 percent to 80 percent of its sales from Texas. It's available in every state but Hawaii. The brand bought the air time last fall, but the rate would have gone up had a Texas-based team made the bowl because of the additional eyeballs that would bring. Shiner did not release creative details on the ad, other than saying it will continue its "This is Shiner Country" campaign. The creative agency is McGarragh Jessee of Austin, while media is handled by Havas-owned Arena Media. Below is a recent spot in the campaign. 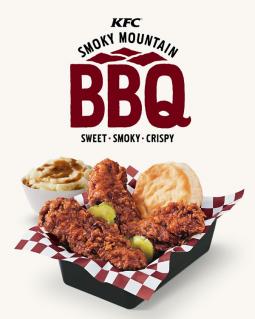 Would You Buy This?
Smoky Mountain BBQ is KFC's newest regional-inspired flavor. The sweet and smoky version of extra-crispy fried chicken, said to be a blend of recipes from Memphis and the Carolinas, joins Nashville Hot Fried Chicken and Georgia Gold honey mustard in what KFC is now calling its Taste of the South lineup.

Number of the Week
20 minutes: The average lifespan of a straw, according to spirits marketer Pernod Ricard, which is banning non-biodegradable plastic straws and stirrers in all parts of its business in an environmental move. Straws don't last long, but they take 200 years to break down and often never fully disintegrate, says Pernod.

Sorry, but we won't be tweeting/responding to replies during the government shutdown. Also, all public NASA activities and events are cancelled or postponed until further notice. We'll be back as soon as possible! Sorry for the inconvenience. pic.twitter.com/78WCQwO0sW

Hi I'll be happy to take all of your moon-related inquiries in the meantime https://t.co/tTRgvOOnq4

Moves
Katie Bayne, Coca-Cola Co.'s senior VP for global sparking brands, is leaving the company. Bayne, whose 28-year tenure at the drinks giant included a stint as CMO for Coca-Cola North America, is leaving to "pursue some exciting new opportunities," Coke stated in an internal memo.

Art auction house Phillips has appointed Cathy Elkies chief marketing and business development officer, based in New York. She's tasked with integrating the company's global arts partnerships, events and tours, and furthering Phillips' brand positioning. Elkies was formerly global managing director of 20th- and 21st-century art and design at Christie's. She's joining Phillips at the right time—2017 sales were $708.8 million, up more than 80 percent in the last four years, according to a company release.

Nathan Estruth, a P&G executive who most recently led its Imflux plastics technology start-up and has a long history with innovation efforts that include the former FutureWorks skunkworks unit and Reflect.com customized beauty business, is running for lieutenant governor of Ohio. He's on the ticket of current Republican Lt. Gov. Mary Taylor in the primary. She's perhaps the most pro-Donald Trump candidate in the race, an interesting position given that she's No. 2 to highly anti-Trump Gov. John Kasich.