For those of you stuck in the office today—all three of you—welcome to the pre-Thanksgiving edition of the Brief, which, appropriately enough, is stuffed with food and beverage news. Below, we reveal the most-played song at Waffle House and take a look at why Thursday's feast is costing a little bit less than normal. But first, since happy hour is drawing near on one of the biggest bar nights of the year, we begin with a little beer news.

This Bud's for David
In recent years, Anheuser-Busch InBev has made a habit of shaking up its agency roster, especially on Bud Light, which is on its fifth lead creative agency since 2010 (Wieden & Kennedy.) But on Budweiser, the brewer has maintained a fairly stable relationship with Anomaly, which has led the account since 2011. Recently, however, Bud has been playing the field a bit more. VaynerMedia has won more assignments, for instance. And now Bud has begun working with David, Miami, an AB InBev spokeswoman confirmed. The agency recently posted an image of a Budweiser meeting on its Instagram account.

Anomaly remains the brand's agency-of-record, the spokeswoman said. But with three shops now consistently pitching work, we are keeping on eye on who gets the coveted Super Bowl ad assignment. Anomaly has been the brand's go-to-shop for the big game with attention-grabbing ads featuring puppies, Clydesdales and this year's immigrant tale that drew headlines.

Gobble gobble, Dilly Dilly
As for Bud Light, the brewer clearly thinks it's onto something with the new "Dilly Dilly" catchphrase, which is being featured in another spot set to air during Thanksgiving Day football games. The ad is part two of Wieden & Kennedy's "Game of Thrones"-themed spot that first aired in August. The phrase, which is sort of a medieval version of "cheers," was searched for between 60,000- 10,000 per week over the past month on Google and has been mentioned 129,000 times on social media, according to the brewer. But it's still not driving Bud Light sales. Volume is down 5.4 percent in the year ending Nov. 5, according to IRI figures cited by Beer Marketer's Insights.

Pass the syrup and play the country
We don't know if there's a trophy, but we do know Keith Urban's "Blue Ain't Your Color" was named the most-played song on Waffle House jukeboxes over the past 12 months. Ed Sheeran snagged two of the top spots in the first-ever official Waffle House top 10 ranking. The announcement, made Nov. 22 on National Jukebox Day, includes plenty of recent hits. No word on why 1996's "Killing Me Softly" by Fugees is in the top 10 (perhaps cholesterol has something to do with it.) Waffle House says it hosts more jukeboxes than any other company in the U.S., and that customers played more than 30 million songs on TouchTunes jukeboxes in the past 12 months. Here are the 10 top songs played on TouchTunes jukeboxes at Waffle House over the past 12 months:

And now for some good news
The average cost of Thanksgiving dinner is $49.12 this year, down 75 cents from $49.87 in 2016, according to the American Farm Bureau's annual price survey. It's the lowest cost for the dinner since 2013. Lower turkey costs, in particular, eased the total bill. The Farm Bureau's survey includes turkey, bread stuffing, sweet potatoes, rolls with butter, peas, cranberries, a veggie tray, pumpkin pie with whipped cream, and coffee and milk, with dinner for 10 people and enough for leftovers.

To make sure people aren't buying too much and wasting food and money, the Ad Council now has a "guest-imator" algorithmic tool. Input how many small eaters, average eaters and big eaters are coming over, the type of meal you want to serve and even how many leftover meals you want, and the tool calculates just how much to buy. It's part of a "Save the Food" national public service campaign from the Natural Resources Defense Council and was done pro-bono by SapientRazorfish. 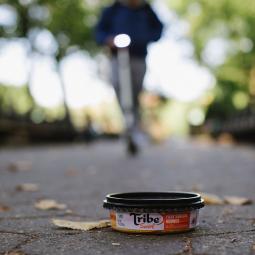 Hummus with a human touch
Tribe Hummus is showing how 17 flavors of hummus go about their lives in New York City. The campaign, clearly pilfered from Humans of New York, includes a social video and hummus photographs on Facebook and Instagram. Just like the real HONY, the portraits were shot around the city and run with comments from the products. Roasted Garlic hummus admits to never being kissed, while Fiery Sriracha Swirl hummus said it just spent the last three months "literally on fire." The push from Arnold Worldwide includes the hashtag #HummusOfNewYork.

Tostitos Taps Dak
In time for the Dallas Cowboys' Thanksgiving Day game, Tostitos has put quarterback Dak Prescott in a spot that plugs a new program in which the brand will make a donation to the Salvation Army for every bag of its new Yellow Corn Bite Size tortilla chips sold (up to $500,000).

Dollar Shave Club gives away Nascar sponsorship
Unilever's Dollar Shave Club has added a new twist to a Nascar sponsorship—giving away part of it to small businesses across the country. Businesses can enter by posting photos of their logos to public profiles on Instagram or Twitter using the hashtags #DSC500 and #PromotionEntry. Winners, to be selected in January, will be featured as part of the partnership with Nascar Xfinity Series driver Matt Tifft, and their logos will appear on his DSC-sponsored Toyota Camry in January.

A poopy co-promotion?
In a co-promotion sure to spark gift ideas for hard-to-please folks on your list, Tushy, marketer of kits that turn toilets into bidets, has joined Poo-pourri, marketer of a bathroom deodorizing spritz, in a giveaway of products from both. Details here, or findable by following @hellotushy or @poopourri on Instagram. 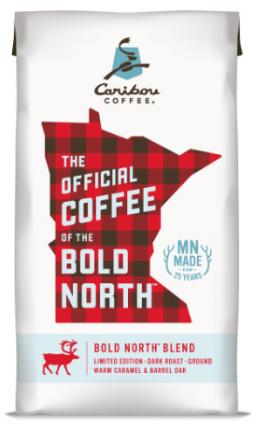 Would You Buy This?
Caribou Coffee's Bold North Blend is a dark roast "crafted with sub-zero Minnesota mornings in mind" and being promoted as the exclusive coffee of the Minnesota Super Bowl Host Committee, which is gearing up for the Big Game on Feb. 4 in Minneapolis.

Number of the Week
$28.6 billion: The amount spent shopping online in the U.S. between Nov. 1-Nov. 21, up 17.9 percent from last year, according to Adobe's new retail report on holiday shopping trends

Moves
Julie Rice, who co-founded cycling phenomenon SoulCycle 11 years ago, was just appointed chief brand officer of WeWork, the coworking space company. Based at WeWork's New York City headquarters, Rice is tasked with articulating the WeWork brand and the experience it offers its more than 160,000 global members. The popular company is in expansion mode and recently bought the Lord & Taylor building on Fifth Avenue in Manhattan.