Marketer's Brief: Casper gets its zzzzz's on with new nap store

It's a big day for a certain convenience store chain, given that it's July 11. If you can't guess which one (it's pretty obvious), find out below, and learn how it's are celebrating. But first, grab a pillow and check out the latest nap news.

Nap addicts now have their own dark corner—in the heart of New York City. Casper is continuing its quest to conquer every aspect of the sleep market with Dreamery, a store dedicated to naps located in lower Manhattan. It'll cost visitors $25 each for a 45-minute rest-sesh in one of the shop's nine nooks. Pajamas are also on hand to keep your own duds wrinkle free for those afternoon work meetings. 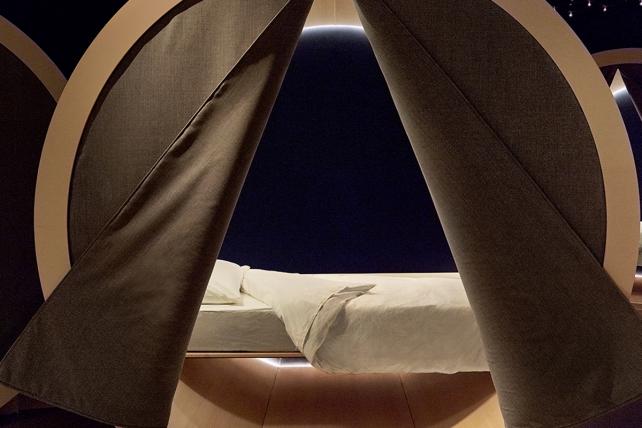 Casper started four years ago as a mattress company but has expanded to other offerings such as pillows.

Jet is ramping up its big city offerings with the opening of a new fulfillment center in the Bronx that enables the Walmart-owned retailer to roll out same-day grocery delivery to New Yorkers. Items include trendy Big Apple restaurant fare such as Big Gay Ice Cream and Roberta's pizza. Take that, Amazon.

Apparel company PVH is trying to make it easier for consumers to buy some of its brands from the same e-commerce platform. The company worked with New York-based agency Firstborn on the StyleBureau.com e-shop, which offers menswear from Izod, Van Heusen and Eagle brands. The imrovements include a tie-match tool for those dudes who have trouble doing it themselves.

We knew that IHOP's switch to IHOb to promote its updated line of burgers would be short-lived and, in case you missed it, IHOP this week did return to calling itself IHOP and is back to promoting pancakes. The IHOb campaign "demonstrated how much love there is for the IHOP brand and our pancakes," CMO Brad Haley said in a statement promoting a July 17 60-cent pancake offer in honor of the chain's 60th anniversary.

As reported in May, Budweiser, as part of its World Cup campaign, created noise-activated Budweiser Red Light Cups, which light up in response to crowd noise. Now the brew has modified them for blind people, adding a vibrating feature. Experiential agency Mosaic tells the story in this video. 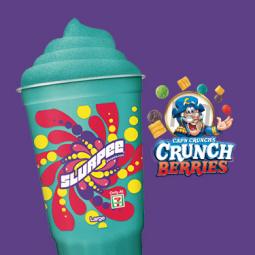 Today is a big day at 7-Eleven because it's July 11, you know, 7/11. As usual, the chain is celebrating by giving away Slurpees, including the recently introduced Cap'n Crunch's Crunch Berries Slurpee.

Telemundo closed caption is the best way to watch pic.twitter.com/zsmbwdsseM

Speaking of Dunkin' Brands, it named David Hoffmann its CEO, effective immediately, succeeding Nigel Travis, who becomes executive chairman of the company, which owns Dunkin' Donuts and Baskin-Robbins. Hoffmann retains the role of president of Dunkin' Donuts U.S., which he joined in 2016.

Marketer's Brief was updated to clarify that PVH added e-commerce sites for some of its brands. This was unclear in an earlier version.