Marketer's Brief: Denny's and Diplo Duke it Out on Twitter

READ THIS NEXT
The Week Ahead: Facebook and McDonlad’s report earnings and Denzel Washington flick comes to HBO Max

Private label is rising, Drake is backing a matcha brand, Diplo and Denny's are dueling, Starbucks is sneaking jerky into coffee and there is a new ice cream king. Oh, and Mondelez has a new CEO -- part of a busy week of executive comings and goings. The dog days of summer are here, but Marketer's Brief never slows down.

Private-label 'global warming' melts food brands
Let's kick off things off with private label -- you know, those one-time boring store brands that only used to grow during recessions. Now they've broken out of that cycle in what a new report from Cadent Consulting Group likens to "global warming" for packaged goods. 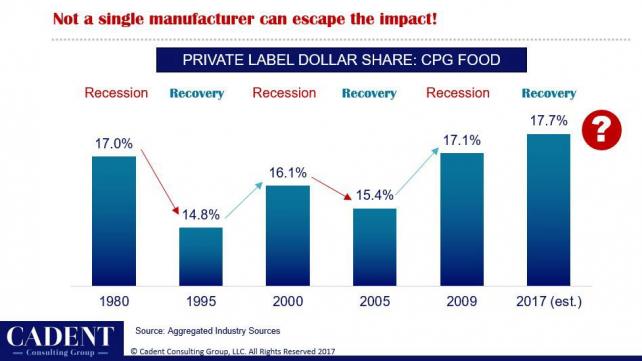 Certainly big food brand sales are melting, with U.S. private-label shares rising 0.7 points to 17.7% since 2009. Cadent projects that share will hit 25.7% by 2027, with 2 points coming from an even more Amazonian Amazon-Whole Foods combo. The remainder will come from the increasing importance of private-label-intensive fresh foods, growth of hard discounters like Aldi, competitive responses by big established retailers, and new entrants like e-tailer Brandless, according to Cadent. The firm also cites survey research that 51% of millennials profess no preference for national brands over private labels, vs. 39% of boomers.

Denny's and Dawson's version of Diplo duke it out on Twitter
This week, Denny's food humor went much more viral than the chain could have anticipated. On July 31, Denny's tweeted an image of a potato to its roughly 400,000 followers with the line #mondaymotivation.

Innocent enough. Then Mad Decent, the record label run by EDM DJ Diplo, responded with a copy of the potato tweet it sent in April and a seemingly harmless LOL.

Yes, it's a different potato. But Denny's tweet came just days before the Aug. 3 premiere of "What Would Diplo Do?" -- a satirical look at the life of Wesley Pentz, aka Diplo. And soon enough the show's account for the character, played by "Dawson's Creek" star James Van Der Beek, weighed in.

denny's go ahead and recycle all the old internet jokes you want to sell your disgusting food but stay away from my record label. https://t.co/foa3nIyTY5

Denny's and its agency, EP+Co., were behind the brand's tweets but have no known relationship with Diplo or the show. The fictional Diplo account referred to the ad industry, saying "these are much more painful when you realize a room full of ad agency employees are high fiving each other after launching every single tweet." And there were those who thought the responses were coming from Diplo himself, stirring up even more Twitter humor controversy. Even R/GA thought Denny's and Diplo were in a feud, later realizing it was the fictional version.

Denny's and Diplo are having a Twitter fight in case anyone wants to check that out. Just fyi idk.

Wonder if Diplo's latest feud will make it into a future episode?

Matcha madness
Rap star Drake is the newest investor in MatchaBar, an upstart brand looking to take on energy drink makers Red Bull and 5-hour Energy. Matcha is a finely ground powder made from small green tea leaves. Each bottle of MatchaBar contains 80mg of caffeine, but MatchaBar says the drink produces an "extended release," that "creates a prolonged energy, versus the quick burst -- and subsequent crash --associated with coffee and other energy drinks." 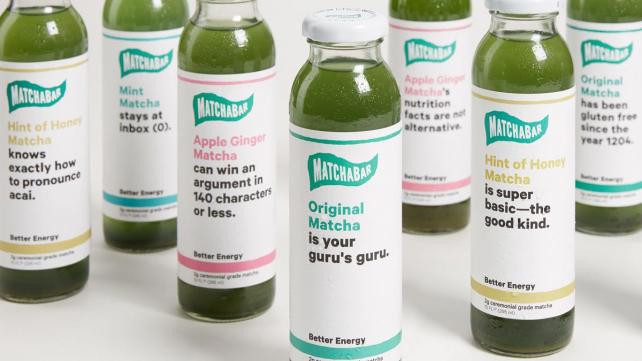 Drake's investment came as part of a Series A round of financing, stated the brand, which will start a new distribution deal with Whole Foods in September. New York accelerator agency Bullish has also made an investment. The agency is behind MatchaBar's so-called "billboard" labels, which frequently rotate and carry playful copy like "Apple Ginger Matcha can win an argument in 140 characters or less."

P&G draws conservative flak for 'The Talk'
Issue-oriented advertising by big brands tends toward non-controversial sentiments against bullying and gender discrimination or the idea that all women are beautiful. But Procter & Gamble Co. has found some high-profile political blowback to its new "My Black Is Beautiful" film. Michelle Malkin at National Review decries the broader issue ad genre as brands "hell-bent on transforming successful businesses into social-justice busybodies." She takes issue specifically with what she sees as P&G's assertion that nothing has changed since Jim Crow and its "kinder, gentler version of Black Lives Matter propaganda."

Color eBay happy
EBay dialed up the colors in its quest to compete with Amazon last June with its "Fill Your Cart With Color" campaign, and the push, from 72andSunny, has already met with some success. The online company saw its highest ad awareness since 2014, according to new data from YouGov BrandIndex, which researches consumer perception. Some 22% of adults have seen an eBay ad in the last two weeks and ad awareness increased to 18% on June 5, the launch day of the new push, from 14% in May. 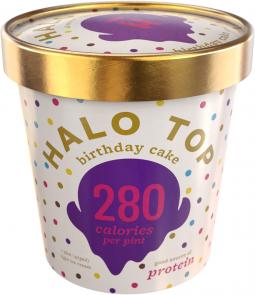 Halo top hits the top
Halo Top, the lower-calorie, lower-fat, higher protein ice cream brand, has become the top-selling pint ice cream brand in U.S. grocery stores. Sales figures were not shared, but Halo Top said it topped brands including Ben & Jerry's and Häagen-Dazs, citing research from IRI on pint sales during the four weeks ended July 16. Sales soared 2,500% last year, according to the company, which launched in 2012 and until recently promoted itself without traditional media. The company, which has 17 flavors, appears ready to introduce more products. It hinted at "some exciting new things in the near future" as it faces stepped up competition from other branded rivals and even a private-label lineup from Kroger.

Number You Need to Know
22% -- The percentage of Tesla owners who failed to get their vehicle problem resolved upon their first visit to a service center, according to a Sanford C. Bernstein survey of 286 Tesla owners. Speaking of the new Model 3 launch, Bernstein stated that "we worry about the potential risk of brand damage (and cancellation to Model 3 orders) if Model 3 has any quality issues, which would likely trigger sales and service centers to be overwhelmed." 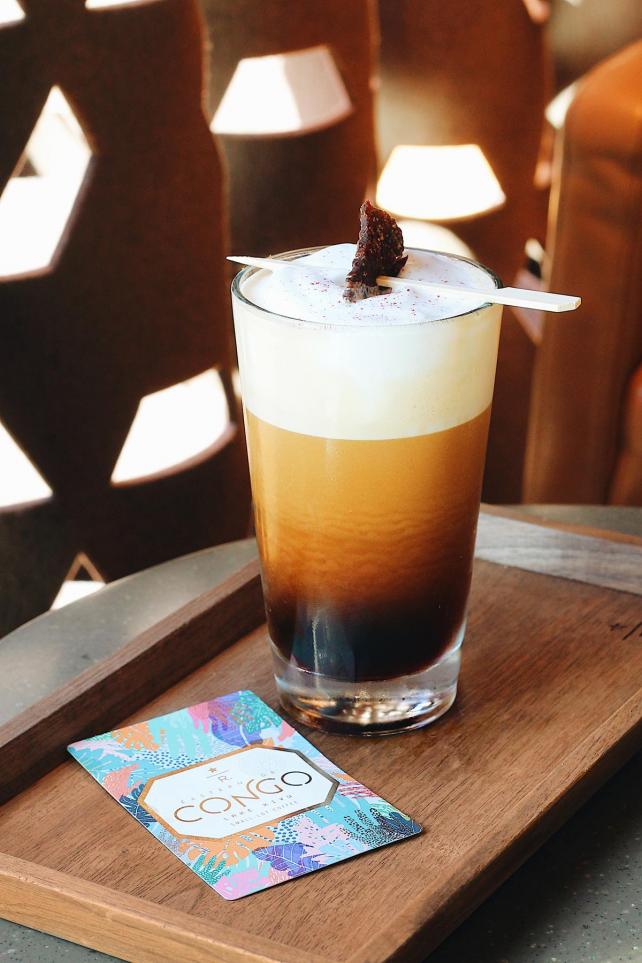 Jerky in your coffee? Starbucks is giving it a shot with its limited-time Pepper Nitro with a Jerky Twist at its Seattle Reserve Roastery. The beverage starts with ground Congo coffee, slow-steeped as cold brew, which is served on draft through a nitro tap and then infused with a malted fennel black pepper syrup. It's topped with a layer of honey cold foam, some cracked pink peppercorn and a piece of jerky made from grass-fed beef on a bamboo skewer.

Dr Pepper Snapple Group promoted Andrew Springate to senior VP-chief marketing officer. Springate, who has been at the beverage marketer since 2000, will report to Chief Commercial Officer Jim Trebilcock. Annie Young-Scrivner, who left Starbucks a few months ago, is set to become CEO of Godiva as of Sept. 14. Young-Scrivner was most recently exec VP-global digital and loyalty at Starbucks, a role the coffee company said it has not filled. She previously spent some of her tenure leading Starbucks Canada, Teavana and as CMO. Godiva said Mohamed Elsarky decided to step down after seven years as CEO to focus on new projects.