Stinky workout clothes are a problem so big that people might decide to hit the gym naked. At least that's the premise that got Drew Westervelt, founder and chief operating officer of Hex Performance detergent, to join others for naked workouts in new hidden-video-style ads running in social media from BigEyedWish and creative director Ian Wishingrad. Naughty bits are pixilated to avoid running afoul of Facebook filters. Hex, now in about 4,000 stores and Amazon, is formulated specifically to remove filth from the synthetic fabrics of workout clothes, then leave behind a protective layer, unlike other "sport" detergents that just cover up the stench, Wishingrad said.

In a new report called "A Very Long and Painful New Year's Hangover," Sanford C. Bernstein shares more bad news for the beer industry. The "market has taken a turn for the worse in 2017," states the report, noting that shipments of U.S. domestic beers dropped 5.3% in the three months ending in April, the worst level in more than 10 years. Trends look particularly bad for Anheuser-Busch InBev. Budweiser is experiencing a "distinct slowdown" while there is "accelerated weakness" on Bud Light, according to the report. AB InBev is declining faster than MillerCoors for the first time in a few years, the report states. Even craft beers are slowing, with the top 12 craft brewers now experiencing a decline in combined volumes year-over-year.

It's summer, which means pop-up store season, but here's one that hasn't been tried before: Unilever's St. Ives will open a Mixing Bar June 16 in New York letting people create more than 50 combinations of face scrubs and body lotions with new-to-St. Ives ingredients like volcanic sand, papaya and pistachio. The store will be open Mon.-Sat. 11 a.m. to 9 p.m. at 577 Broadway, corner of Prince, in Soho. Scrubs and lotions are $12, with candles going for $10.

Buffalo Wild Wings has long positioned itself as the place to be to watch games while eating wings and drinking beer. But as more people chose to dine at home, the chain decided it might be time for a new format to cater to that clientele: B-Dubs Express. A pilot of two small-format locations begins this summer near the company's Minneapolis headquarters, with restaurants in Edina and Hopkins, Minnesota, and it is looking for other sites in markets nationwide. B-Dubs Express will each be about 2,500-square feet, or less than half the size of the company's typical locations. They'll have TVs, counter service and limited seating. The menu will include fewer items but still include staples like wings and beer. Delivery will be handled by DoorDash.

Swipe up to work at McDonald's 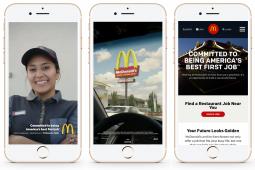 McDonald's USA is taking its recruitment message to Snapchat

McDonald's is putting new money into Snapchat -- not to sell burgers, but to fill jobs. The "Snaplications" program hit the U.S. this week after McDonald's Australia used a similar program earlier this year. After being served a quick McDonald's ad featuring employees, people can swipe up to start the application process through the Snapchat app. McDonald's and franchisees at its 14,000 U.S. restaurants aim to hire up to 250,000 workers this summer. At the company's own locations (most are run by franchisees), more than 50% of the new hires are expected to be 16-to-24-year-olds. McDonald's said it would also use Spotify and Hulu in the recruitment push. It's a different approach than the one being used in Sweden, where a McDonald's ad at first appears more like a military recruitment push.

Relief in sight for chronic over-packers

Packing for Cannes and worried you brought too many sunglasses and strappy sandals? Samonsite has a solution for you. The luggage brand worked with McGarryBowen Mexico on a new Weight Tag— a paper tag/handle attachment that allows travelers to test the weight of their baggage. The handle attachment can hold up to 50 lbs—the maximum weight for most airlines. Anything over that, and the tag will break and you'd better rethink that extra pair of stilettos. Released this month in Latin America, the tag has a patent pending in the U.S.

$1 billion - The threshold that Panera Bread's digital sales, on an annualized basis, have now passed. About 1.2 million digital orders are placed weekly and digital sales accounted for 26% of total sales at the end of the first quarter, a rate Panera said is the highest in the restaurant industry other than in the pizza category 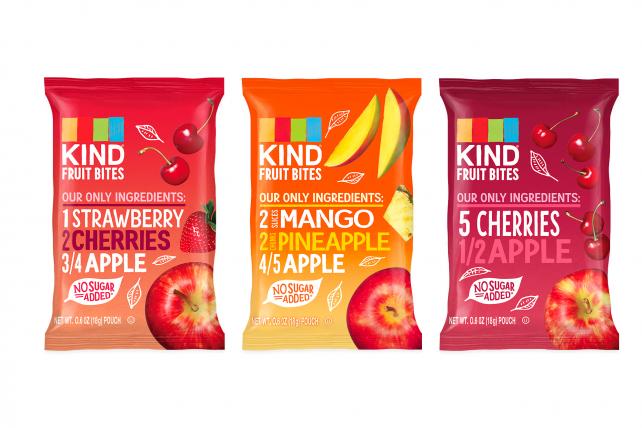 Kind Snacks, best known for nutty snack bars, is getting fruity. Kind Fruit Bites contain only fruits, a message Kind is stressing after seeing several other fruit snacks with plenty of sugar or other sweeteners.

Raid Introduces New Box To Cover Bug Until You Work Up Emotional Strength To Kill It https://t.co/xYzlOGvnWu pic.twitter.com/igOSOkZglt

No big executive moves to report this week. Everyone must be on vacation … or packing for Cannes.