Allstate is on the hunt for a new chief marketing officer, Amazon is showing more strength against Walmart and Jennifer Garner is hooking up with a food brand. Find out more below. But first, we check in on Kmart's plus-size rebrand, which is not going over so, at least judging by the reaction in social media. 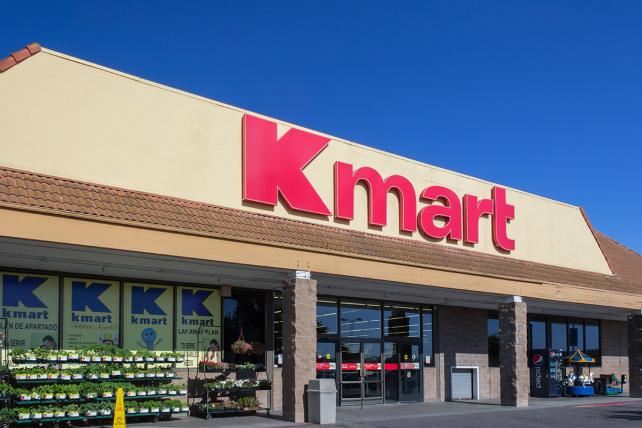 Not so fab, Kmart
What's in a name? When it comes to plus-size, maybe not enough. As the clothing category becomes more popular—it generated more than $21 billion in sales last year, according to market research firm NPD Group Inc.—some retailers are grappling with what to call it, faced with consumer complaints that "plus-size" is dusty terminology that makes the category sound more like an afterthought than a trendy offering. Some retailers, like Modcloth, have done away with the term altogether and integrated larger sizes into their regular collections. Now Kmart is taking a different tack by renaming its plus-size department "Fabulously-sized. Not surprisingly, the social media backlash has been swift, with many shoppers calling the new term "mocking" and "embarrassing."

if you're offended by the term "plus-size," then you've got bigger issues to worry about. "fabulously sized" sounds mocking. #EverybodyTalks

Kmart has announced that it plans to rename its "plus-size" fashions "Fabulously Sized.

As a plus size woman... that's embarrassing.

Thank you Kmart for my "fabulously sized" bulldog. pic.twitter.com/ZXsrEDPa6M

Kmart defends its choice. "When we reached out to our members on social media, they told us we needed to have a better assortment of extended sizing and that we should we call it something different," explains a Kmart spokeswoman. Older shoppers polled "love this whole mantra of Fabulously Sized," she adds.

Report: Amazon gaining on Walmart
As if we needed more evidence of Amazon's dominance, a new report offers this telling stat: Sixty percent of U.S. adults have made a purchase via Amazon in the past three months, according to new findings from market researcher Packaged Facts. The report cites the more than 80 million U.S. adults who are members of the company's Amazon Prime subscription service, but also references how Amazon is reaching people in other ways, like the "tens of millions of adults claiming to have an Amazon Visa card and a similar number having its store-only card." Then there are the the 20 million users of Echo and Alexa and the 19 million people shopping at of Amazon's Subscribe & Save section. "Walmart maintains its place as the purchase destination of choice, but Amazon is breathing down its neck," the report concludes. The chart below shows the percentage of U.S. adults 18 years and older who have made a purchase at the specified retailer in the past four weeks. (Amazon's data show's purchases within the last three months.)

Another celeb enters food biz
Jennifer Garner is bringing her star power to the organic family food industry, joining Once Upon a Farm as a co-founder and chief brand officer. And John Foraker, who just left his role leading Annie's this summer, is also part of the team at the organic food startup. Once Upon a Farm is small for now, with only cold-pressed organic baby food and applesauce. But it has plans for nationwide availability in 2018 and aspirations of entering other categories. Once Upon a Farm was started by Cassandra Curtis and Ari Raz in 2015, but Garner and Foraker both get co-founder status. Foraker, who led Annie's for a while when it was on its own and for a few years after it was sold to General Mills, is in charge of strategy and vision.

Lifeway milks PBS personalty
Kefir maker Lifeway is relying on a friend of the brand and its own team for its next big push. Mark Bazer, who hosts a PBS show in Chicago, isn't a household name. Then again, in most households neither is Lifeway, which saw sales rise 4.5% to $123.9 million last year. Bazer stars as a slightly quirky Lifeway-obsessed guy in the brand's latest campaign, which is now on cable and should be seen during "Good Morning America" next month. Lifeway opted to do the work on its own after working with the Distillery Project on ads last year, including ones featuring soccer star Carli Lloyd. This year's marketing spending should be in line with spending of about $3 million last year, says VP of Communications Derek Miller. The company has been an underwriter of Bazer's "The Interview Show" on Chicago's WTTW. 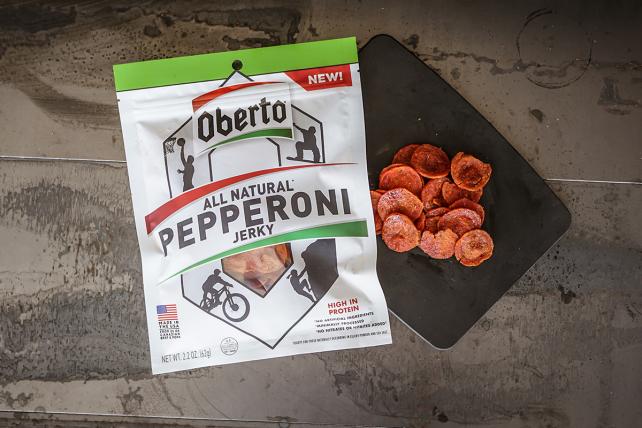 Oberto now has what it says is the first ever pepperoni jerky. Unlike traditional pepperoni, the jerky version doesn't need to be refrigerated.

Analyst Warburton: "astonishing to hear all these German automakers, led by men who almost smell of gasoline ... embrace electrification."

After five years as CMO, Sanjay Gupta has left Allstate. A spokeswoman for the Northfield Township, Illinois-based insurance giant did not respond to an inquiry about any searches underway for his replacement. Gupta's departure is not the only marketing-executive change at Allstate, which has worked with Leo Burnett for years but recently began working with 72andSunny as well. Earlier this year, Allstate's Esurance brand said goodbye to chief marketer Alan Gellman, who'd been with the company since 2014, and consolidated its ranks with the promotion of Mark Pitchford to chief sales and marketing officer.