Marketer's Brief: Lady Doritos Is Over But the Spoofs Aren't | Ad Age
Skip to main content

Marketer's Brief: Lady Doritos Is Over But the Spoofs Aren't 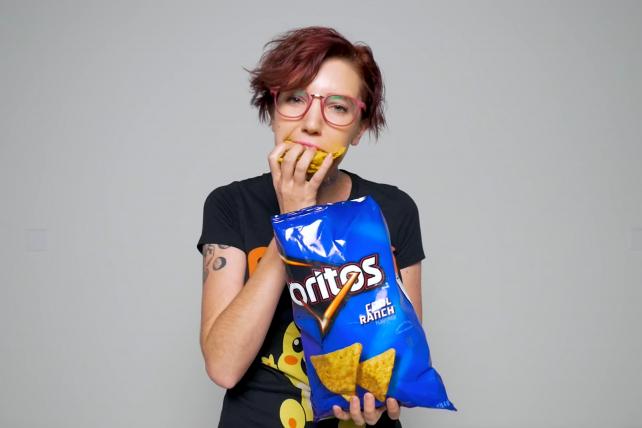 One of many 'Lady Doritos' spoofs to pop up since PepsiCo's CEO said women don't like snacks that 'crunch too loudly in public.'
Credit:
GOOD MYTHICAL MORNING via YouTube

PepsiCo made it clear this week that it is really, truly not creating Lady Doritos, but that hasn't stopped the parodies. YouTube stars Rhett McLaughlin and Link Neal have jumped in with a video mocking the mythical product, which went viral after PepsiCo CEO Indra Nooyi suggested in an interview that women need specialized snacks because they "don't like to crunch too loudly in public." The video from duo, known as Rhett & Link, has drawn more than 330,000 views since Tuesday. Last we saw them, they were in a Super Bowl ad for Wix.com.

Parodies of outlandish packaged goods ideas are not new. Jed Feiman, who along with Nehemiah Markos is part of a comedy duo called Never Sad, reached out to Ad Age this week reminding us of this video they made about a year ago mocking over-the-top product segregation, including faux products "Black Tylenol" and "Pepsi for Women."

Tide's four Super Bowl spots helped the brand beat all others in the game, at least in mentions across social-media, TV and radio, according to social-listening firm Digimind. The firm found some surprises in terms of who was talking. Only 35 percent were women and only 1 percent between ages 41 and 55—groups that might traditionally be thought of as Tide's consumer base. But it was good news for a brand that wants to reach millennials or Gen Z: 84 percent of people talking about Tide's ads were 18 to 25, at least by Digimind's count. The vast majority of mentions were positive (73 percent) but 17 percent were negative–mostly folks put off by the ads ignoring the recent crisis around people eating Tide Pods, according to Digimind. Among those who didn't forget about the Tide Pods Challenge were two New York legislators who on Tuesday wrote to Procter & Gamble Co. asking for a redesign to make Pods less appetizing ... and saying they were mulling legislation to that effect.

"There is nothing new in these legislative proposals," a P&G spokeswoman says. "We have made our packaging child resistant. We have a number of partners to help us spread the word to ensure laundry pacs are used safely and stored properly." She also noted that a study of U.S. Poison Control Center data shows color does not play a critical role in children's accidental exposure to laundry pacs.

Arby's Restaurant Group has completed its acquisition of Buffalo Wild Wings, and with that comes a new corporate name: Inspire Brands Inc. The company now has two main businesses—fast-feeder Arby's and casual dining chain Buffalo Wild Wings—plus a stake in a smaller number of R Taco locations. The logo with a fork and spoon for the two "i" characters of Inspire makes it clear it's all about restaurants. 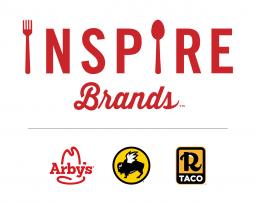 The company, owned by Roark Capital Group, says it wants to become a family of restaurant brands with "maverick qualities in their market positioning, restaurant experience, and product offerings." As The Wall Street Journal points out, bringing different restaurant chains under one roof is familiar (we see you over there, Yum Brands, DineEquity, etc.) but doing so in different categories is a more unique approach.

Say yes to the sea

The Navy is working with Facebook to introduce a first-of-its-kind augmented reality campaign, designed to connect potential enlistees with recruiters with a simple nod. Users who engage with the campaign can "explore ocean depths, fly faster than the speed of sound, launch jets off carriers and even defuse bombs."

Although that sounds fascinating, the AR effort looks more like a gimmick. The real draw is the ability for people to connect with recruiters in their area by moving their heads. The application, which is able to track users' faces, answers a nod with a pop-up asking people to enter their zip codes to connect with nearby recruiters.The Navy says its Facebook filters have been used more than 100,000 times, adding that some 7 million impressions have been shown since December. The military branch's new agency, Navy Partnership, includes several WPP entities, but Y&R leads the collective and this campaign. The Navy says the AR effort is part of a "forward-looking campaign" aimed at disrupting military recruiting. Such efforts aren't unusual for the armed forces. Movies like "Transformers," for example, were able to use military bases and equipment for its movie because the Air Force was shown in a positive light. And "America's Army" is a full-fledged first-person shooter video game aimed at recruiting new soldiers. 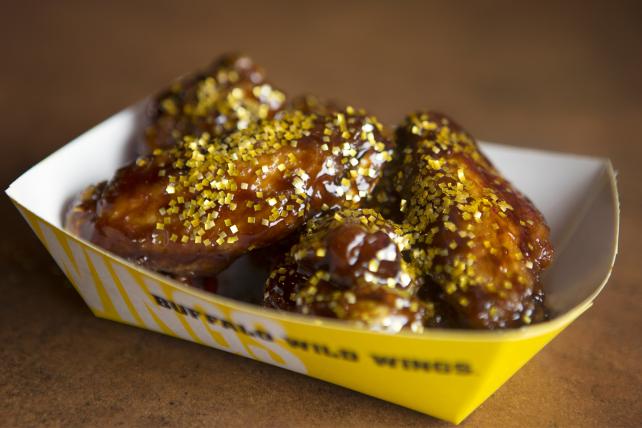 The aforementioned Buffalo Wild Wings is going for gold … wings. The chain this week announced "#WingBling," a gold topping that can be sprinkled on boneless or traditional wings when diners in Buffalo Wild Wings restaurants order and say something like "bling my wings!" The chain is not an Olympics sponsor, but the connection is obvious.

39 percent: The portion of online buyers making a purchase via mobile in 2017, up from less than 20% in 2013, according to Packaged Facts.

Sportswear brand Vans has hired Erwin Federizo as global executive creative director, in charge of all creative, environmental design and digital content. Federizo, who has worked on the agency side for marketers including Nike's Jordan Brand and ESPN, was most recently a creative director at Wieden & Kennedy New York.