Marketer's Brief: The founder of Thinx promotes a new way to bidet

The midterm election, and all of those ads, are behind us. Maybe some of you who spent a long time waiting to cast your votes yesterday got free pizza along with that sticker or bracelet you posted on social media. Or perhaps you passed the time playing Fortnite with an NFL-clad character, or getting a jump on your holiday shopping. This week's Brief has all that plus a new role for the former Toys R Us CMO and a "Queer Eye" guy's new food deal.

First, brace yourself to see Santa in the bathroom.

Talking anus sells bidets for Christmas
In likely the first ever holiday ad featuring a talking anus, Tushy is trying to sell folks on giving loved ones bidets for Christmas. Said orifice appears alongside Santa to hawk the $69 attachment, which promises to turn any standard toilet into a bidet. Tushy aims to tap into the rich vein of potty humor that has produced some of the most successful viral videos in history, such as Squatty Potty and Poo-Pourri, which collected 35 million and 41 million YouTube views respectively. 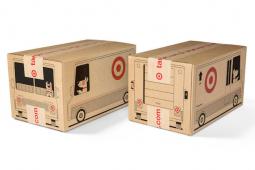 Outside of the box
To put even more emphasis on its free two-day shipping holiday offer, Target is jazzing up its boxes beyond brown cardboard to display playful images of Bullseye ripe for coloring. But the Minneapolis-based retailer isn't the first to think outside the box. Chief rival Amazon did something similar earlier this year, in which consumers were encouraged to create crafts out of their cardboard using a special smile code. 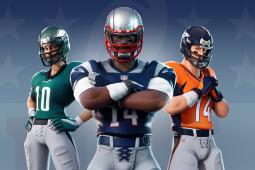 Fortnite scores with NFL
Fortnite now lets players dress their in-game avatars in uniforms from any of the league's 32 teams. News of the new NFL skins surfaced earlier this week when popular Twitch streamer and de facto Fortnite godfather "Ninja" showed off his player wearing a Detroit Lions outfit – his favorite team.

This isn't the first time Fortnite has crossed over into the realm of sports. International soccer teams, for example, began mimicking in-game movements during celebrations last year and other teams followed. The popular game is available on all gaming consoles, as well as Google's Android and Apple's iPhone operating systems; the latest figures show the game is making some $20 million a week – and that's just on Apple's operating system – according to Sensor Tower.

A slice of democracy
Pizza to the Polls began in 2016, when thousands of dollars were raised to answer people's hunger as they waited to vote. That year, 2,368 pizzas got sent to 128 polling places in 24 states. This time outthe idea ballooned. Voters reached out online to show where they were waiting and the pies arrived, for free, thanks to hundreds of thousands of dollars in donations. In all, 10,005 pizzas were sent to 576 polling spots in 43 states. Organizers say they order pizza from a variety of places. And at least one chain, Domino's, stepped in with some donations.

Huge thank you to @dominos for donating pizzas to hungry voters

Queer Eye's cheese guy
Antoni Porowski, a star of Netflix's "Queer Eye" reboot, apparently loves Boursin cheese. The chef is Boursin's first U.S. brand ambassador. A 15-month deal kicked off with him posting a video on Instagram in which he reads a love poem about the Bel Brands cheese brand.

It was love at first bite with @boursincheese. Since I was a kid, this #cheese was a staple in my home, and I still cook with Boursin today—you could say it's a romance for the ages. So, I'm supes excited to take my relationship to the next level to show you that wherever Boursin is, that's where the "wow" happens. I have no doubt you'll feel the spark, too. #madetowow 🎥Tanny Banny aka @tanfrance

He'll also host a Friendsgiving dinner in New York on Wednesday, where each of the dishes includes a Boursin product. Porowski isn't the only TV star promoting foods for the holidays. Angela Kinsey has a deal with Keebler and Carr's crackers. 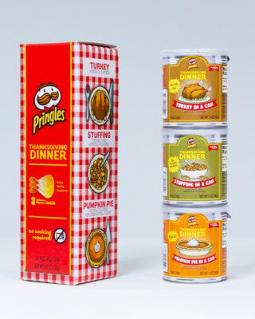 Would you buy this?
Turkey, Stuffing, and Pumpkin Pie-flavored Pringles come in three miniature cans for $14.99; Pringles is only selling them online.

Number of the Week
62: Percent of holiday marketing budgets that were dedicated to TV in 2017, according to Kantar Media and Pathmatics. This year, brands including Kohl's and Target have already said they will be boosting their TV presence.

Comings and Goings
Citi has a new chief brand officer in Carla Hassan, who was most recently exec VP-global chief marketing officer at now-liquidated Toys R Us. A veteran marketer, Hassan has also held positions at PepsiCo and the Kellogg Co. At Citi, she'll be tasked with handling marketing and sponsorships and report to Ed Skyler, exec VP of global public affairs. Hassan starts this month, and is replacing Dermot Boden, who left Citi earlier this year.