Here's another sign that Google wins, no matter the fight: As activist investor Nelson Peltz of Trian Partners pushes his battle for a Procter & Gamble board seat, both are ponying up for paid Google search. People searching the term "P&G" (at least from U.S. and U.K. servers) in the past week are getting ads for both the corporate PG.com and Peltz's "Revitalizepg.com." Peltz is buying similar ads against searches on his own name, while P&G is buying ads against queries that include Nelson Peltz and "proxy."

Have we reached peak SoulCycle?
A report out Wednesday from location tracking firm Foursquare analyzed recent gym visits and found that specialty chains—your costlier SoulCycle, Orange Theory and Pure Barre—are seeing a slowdown. While the boutique group commanded 2.8% of total gym chain visits during this year's second quarter, up 19% from the year-earlier period, growth is down from a 34% rise between the second quarters of 2016 and 2015. Meanwhile, 25% of all gym goers visited budget player Planet Fitness in the quarter.

L'Oreal Wins Cosmetics Word of Mouth Battle
Emerging brands have used social media to carve a growing share of the cosmetics business, but the top performer in combined face-to-face word of mouth and social media over the past 12 months is actually L'Oreal, according to Engagement Labs. L'Oreal won based on strong positive sentiment, which Engagement Labs attributed to the brand's "Your Skin, Your Story" campaign begun in January. Sephora came in second with strong offline conversation volume and sentiment, but needs to work on its less positive online sentiment, according to the research firm.

Chicago's crosstown condiment rivalry heats up
Earlier this month Chicago/Pittsburgh-based Kraft Heinz jokingly tricked Chicagoans into topping their hot dogs with its famous ketchup, disguised as "Chicago Dog Sauce." A Chicago dog typically includes plenty of toppings and mustard, but no ketchup, leading to the appropriate level of humorous backlash to the push, led by David Miami. Chicago-based Conagra quickly weighed in as a member of team mustard with its Gulden's brand. Last week, it headed to The Wiener's Circle, a hot dog joint known for caustic conversations, to shoot a response video promoted by PR agency Golin. This week, Gulden's is giving away hot dogs topped with its mustard at four different hot dog restaurants. Each restaurant serves the dogs they normally use, which means Gulden's sibling brand Hebrew National doesn't also get a plug. The giveaways coincide with the Crosstown Classic, which pits the Cubs against the White Sox four times this week. Two games in, they've each won one.

Despite sweet Easter, Hershey predicts weak year
Hershey had a better-than-expected second quarter, with a 1.6-point market share gain during Easter, but slashed its sales forecast for 2017 as it expects retail-industry challenges to persist. Shopping trips "continue to be choppy" and that's hurting non-seasonal candy, mint and gum, CEO Michele Buck said in a statement. Hershey still plans to spend more on advertising and related consumer marketing expenses this year, including an uptick in the second half. It now expects its full-year sales to increase about 1%, down from an earlier forecast of sales growth at the low end of a 2%-to-3% range. Second-quarter sales rose 2.2% in North America and fell 3.6% in international markets, weighed down by weak chocolate sales in China.

This tequila is so expensive, it's scary 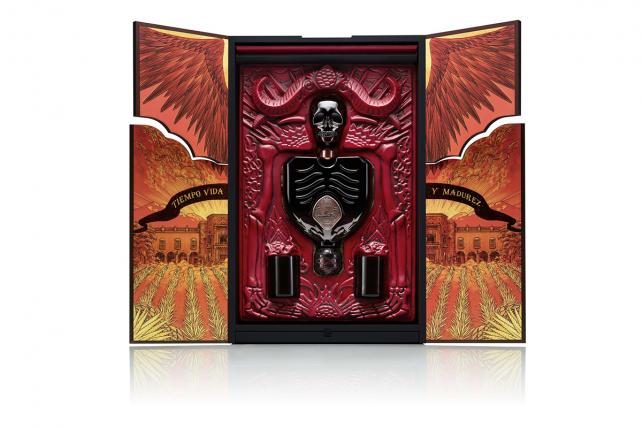 Would you pay $399 for a bottle of tequila? That's what Patron is charging for its new collaboration with Mexican film director Guillermo del Toro. The limited-edition offering, called "Patrón x Guillermo del Toro," comes in a matte black cover that peels away to reveal a box with drawings of skeletons working in the fields, inspired by Mexican laborers known as "jimadores" who harvest Weber Blue Agave. Inside are actually two bottles: a 750ml bottle of extra añejo tequila that sits upside down as the "torso." The second 100ml bottle of aged orange liqueur is meant to be the skull. But wait, there's more … Two candles are included that are designed to be put on a drawer that slides out from the box.

Number You Need to Know
7.9%: The drop in sports drink sales in the four weeks ending July 15, according to a J.P. Morgan report citing Nielsen. Category leaders Gatorade and Powerade plummeted 8.7% and 10.1%, respectively. But Kobe Bryant-backed Body Armor -- which recently ran its first TV ad -- jumped 89%. 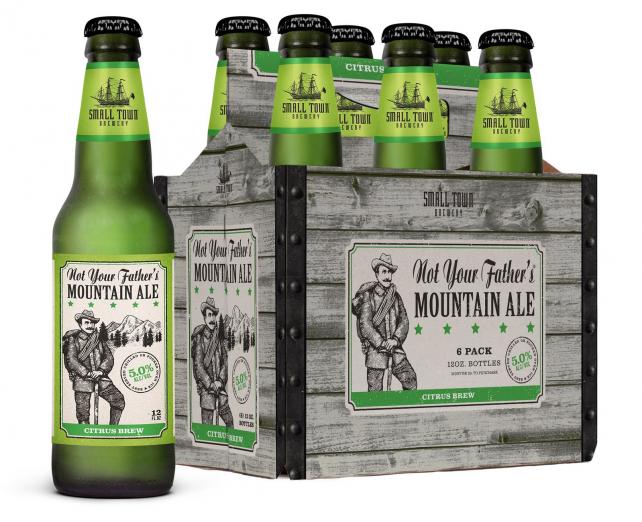 The latest concoction from the makers of Not Your Father's Root Beer looks a lot like spiked Mtn Dew.

Tweet of the Week
This week's tweet comes from Kind Bar founder Daniel Lubetzky, whose company has lobbied food regulators to make a distinction between bad fats and "good" fats -- like the monounsaturated fats found in nuts, avocados, salmon, olive oil and other items.

Moves
Rob Case, who retired from his role as chief marketing officer at Nestlé USA earlier this year, is now a member of Moonshine Sweet Tea's advisory board. His long career at Nestlé included 14 years as president of the beverage division. "After my time at Nestlé, I wanted to find an exciting opportunity with a company on the verge of a major breakout," Case said in a statement. Alicia Enciso returned to the role of Nestlé USA CMO in March. She had been CMO from 2013 until early 2016, when Case got the role and she became president of the company's beverages division.