Walmart is having a rough week, #vanlife is trending and PepsiCo has a new pod-based drinks brand. Find out about all that and more below. But first, a look at the latest celebrity booze deal. 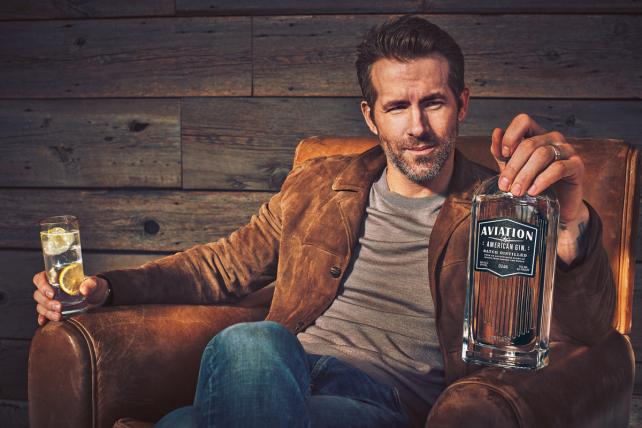 Every celebrity wants a booze brand. At least it seems that way, with stars ranging from Channing Tatum to Drake buying stakes in upstart spirits brands in recent years. (People has a rundown on some of the star-backed offerings here.) Now, "Deadpool" star Ryan Reynolds has joined the club. The actor has taken a stake in Aviation Gin, brand owner Davos Brands announced Wednesday, saying Reynolds will "play an active role in the day-to-day business and oversee creative direction as part of his mission to introduce the world to the great taste of Aviation." A spokeswoman confirmed that Erich & Kallman, the agency behind a new campaign for Davos' Astral Tequila brand starring the former Most Interesting Man in the World, will handle the marketing.

Aviation did not make Reynolds available for interviews. But they did share an email address ([email protected]) that returns a jokey auto-reply from Reynolds, including this description of his duties: "My responsibilities here at the company are vast. I'll spend my days being photographed intermittently clinching [sic] my jaw muscles while pointing at things and nodding. I'll drink Aviation Gin. I'll sit in board meetings, imagining my very own Red Wedding." He also joked about the deal on Twitter:

In the long and in no way disastrous marriage of showbiz and alcohol, so happy to announce I'm the proud owner of a gin company... @AviationGin. pic.twitter.com/qPwe0IC6bz

You don't have to hide these pods from your kids

These pods are actually designed to be ingested (unlike Tide Pods): PepsiCo this week announced it was bringing its Drinkfinity "personalized beverage" system to the U.S. The innovation, first launched in Brazil in 2014, includes dry and liquid ingredients held in a pod that when combined with cold water creates a 20-ounce beverage. PepsiCo, in a press release, describes the assembly as "Peel, Pop and Shake." Flavors include Açaí, Pomegranate Ginger, Elderflower and Coconut Water Watermelon. For now, consumers can buy it on . Pods are sold in packs of four for $5-$6.50, while the drinking vessel runs $20.

The idea that Walmart could keep beating Amazon in e-commerce sales growth—as it did for most of last year—came to a crashing halt Tuesday as the retailer posted a meager (relative to recent quarters) 24 percent U.S. e-commerce growth rate for its fiscal fourth quarter. Walmart still beat estimates for comparable-store sales, but came in short of earnings forecasts, sending the stock down almost 10 percent. CEO Doug McMillon on a conference call blamed part of last quarter's U.S. e-commerce slowdown on holiday merchandise crowding groceries out of warehouses, but still forecast robust 40 percent e-commerce growth for this year. He also said the marketing focus broadly would be on Walmart.com from here on out, with Jet.com focused more on coastal and urban consumers who aren't as close to Walmart stores.

Metamucil just as non-gassy as Citrucel

We can all breathe a non-gassy sigh of relief: Apparently there's no statute of limitations on National Advertising Division rulings. Twenty-four years later, Procter & Gamble Co. has gotten the industry's self-regulatory body to reopen a 1994 case that allowed GSK's Citrucel to bill itself as "The only fiber for regularity that won't cause excess gas." It seems P&G's Metamucil has a similar non-fermentable non-gassy ingredient, and the NAD recommended Citrucel modify its ads to avoid any implication that Metamucil "always causes gas."

As the New Yorker pointed out last year, Van Life, or #vanlife, is among the hottest Instragram labels, signifying "a life free from the tyranny of a nine-to-five office job" (cue Chris Farley). Now gas station brand 76 is seizing on the pop-culture phenomenon with a new campaign by Carmichael Lynch. A six-part video series follows a couple named Jean and Gene whose impulse purchase of a van leads to a cross-country road trip. The final video shows that the fictional couple was not exactly on the same page.

It's taken months, but McDonald's is ready to serve more Szechuan sauce to Rick & Morty fans and everyone else. The sauce's anticipated winter return was announced with teasers for a three-episode podcast, "The Sauce," coming Feb. 22 from [email protected], Onion Labs and McDonald's.

We heard you and have been working tirelessly to bring back The Sauce. On 2/22, we announce when/where Szechuan Sauce will return, but also answer the burning question: "What happened to The Sauce?!" To find out, visit https://t.co/Gcrq5kM71E or download the podcast series. pic.twitter.com/ezHbAqL82i

The parent company of Applebee's Neighborhood Grill & Bar and IHOP, both of which are working on their own overhauls, gave itself a minor makeover. DineEquity Inc. changed its name to Dine Brands Global Inc. on Tuesday. "Our new company name reflects a shift in strategy and a values-based performance culture with greater autonomy and accountability at the brand level," CEO Stephen Joyce said in a statement. Other plans include a slimmer quarterly dividend, cut to 63 cents per share from 97 cents per share. Another part of its ongoing transformation is a slimdown at Applebee's. Ten to 15 Applebee's are in development for 2018, most of them internationally, while about 60 to 80 of those casual-dining restaurants are expected to close. At IHOP, 85 to 100 restaurants are planned for 2018, mainly in the U.S., with about 30 to 40 set to close. Each chain ended 2017 with just over 50 more restaurants than it had at the end of 2016. 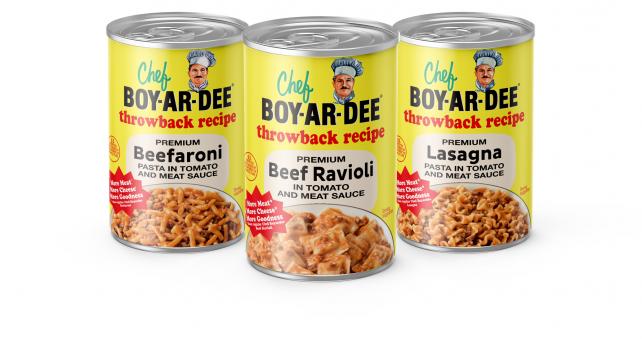 Chef Boyardee Throwback Recipes will roll out this summer.

Chef Boyardee is taking a trip back in time (to the glory days of processed foods, perhaps) with new "throwback recipes" of its Beefaroni, Beef Ravioli and Lasagna varieties made with Angus beef, Romano cheese, olive oil and richer, thicker sauce.

-2.2 percent: The drop in beer sales volume for the four weeks ending Feb. 10, according to a report by Beer Marketer's Insights citing Nielsen data from Morgan Stanley. So much for a Super Bowl surge.

Dave Burwick, the CEO of Peet's Coffee and one-time CMO at Pepsi-Cola North America, has been named CEO for Boston Beer Company, owner of Sam Adams.