Memo to Marketers: It's Your Fault if Your Shops Flounder | Ad Age
Skip to main content
Sign In Register

Memo to Marketers: It's Your Fault if Your Shops Flounder

Forrester Study Finds Client Companies Must Take the Reins in Digital World Rather Than Wait for Shops To
READ THIS NEXT
‘SNL’ is back and brands attend ‘TikTok World 2021’: The Week Ahead

NEW YORK (AdAge.com) -- Eighteen months ago, Honda's chief marketing officer Steve Center wanted to curtail what he felt was the company's overemphasis on print marketing materials to communicate with customers. 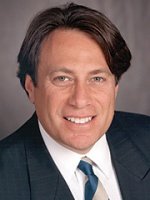 But rather than hunt for a hot new digital shop, Mr. Center requested that his lead agency, California-based RPA, restructure to replace its brochure-marketing group with a digital-marketing hub. "They saw that brochures can come out of all digital assets you're creating, and that's not to mention the digital brochures and things you're doing online," said Mr. Center. He's now convinced that his relationship with RPA is stronger and that Honda is using its creative assets and messaging more efficiently.

While it sounds like a simple request from a client to its agency, the Honda-RPA example is a sign that brands may need to take charge of their agency partnerships. Simply put, if marketers are counting on their agencies to lead them into a world of changing consumer behaviors and media habits, they should think again.

As digital-marketing channels multiply, agencies are struggling to figure out their own businesses, and a recent Forrester study suggests that marketers may need to force their agencies to evolve rather than wait for them to do it themselves.

Ad Age got a peek at the 16-page study, called "The Future of Agency Relationships," for which Forrester spent nearly four months interviewing agency and marketing executives.

Strain
In it, Forrester says that over the past few years the already-complex agency-marketer relationship has been significantly altered by factors such as the recession and the rise of social media, resulting in agencies quickly trying to expand their offerings, sometimes promising capabilities they are unable to deliver, and even more agency partners at an already-crowded marketing table.

Sean Corcoran, an analyst at Forrester and lead author of the report, said one of the biggest challenges marketers face today is how to know who to turn to when they want to change their ad strategies. He said it's further complicated by the fact that the unbundled world of traditional, PR, interactive, media and direct agencies, in some cases, are trying to "bundle themselves back up" to become jacks of all trades.

"It's up to marketing leaders to change the demand," Mr. Corcoran said. "They can't just flip a switch and have things change. But they can lay some groundwork for the changes happening in marketing today."

Peter Stringham has worn both hats as the current CEO at WPP's Y&R Brands unit and the former CMO at HSBC Bank. He recalls a huge disconnect between marketer and agency when he was on the client side and believes it is exacerbated today thanks to the rise of new media.

"Clients really have to accelerate quickly up the learning curve and get involved in social media," said Mr. Stringham. "As a CMO you want the agency to stick to what they can do and not promise things they can't accomplish. They will tell you they can build a rocket ship and fly it to the moon. But especially today, with the specialized skill sets that are required, you're better off saying you don't do this very well ... let's go get someone else to help us handle this."

Collaboration
Moving forward, more often than not, marketers will have a slew of shops managing their business, and it's imperative to get them to play nice together. Bob Greenberg, CEO of Interpublic Group of Cos.-owned digital agency R/GA, said only some marketers are doing a good job of this, but the future of the business requires all of them to improve in this area. "Agencies have been designed to be fiercely competitive, and there's nothing wrong with that, but it makes it more difficult to collaborate," he said. "Not only does the client have to lead the relationship, but they also have to force collaboration."

According to Honda's Mr. Center, in many cases, stubborn or shortsighted marketers have been the cause of the lack of progress or results that are often blamed on the agency.

"Agencies are exposed to much more than us, and they have to bring in raw ideas, market reconnaissance and intelligence," he said. "But they will not tell us how to organize our company to accomplish our marketing mission. That responsibility should always fall entirely with the owner of the brand."

How to lay the foundation for your agency house

Redefine the role of agencies. Strip away above- and below-the-line restrictions and allow ideas and leadership to come out of any agency you have under contract.

Test partners from the non-agency world. Try letting companies like Google, Sapient and Akamai Technologies deliver media and marketing services. Having resources that continually monitor the space and looking beyond traditional "agencies" for help is important. Have an internal resource stationed between marketing and procurement that can regularly evaluate outsourced skills and tools that can be used for marketing.

Create a productive relationship with procurement. The complaint voiced by many agency people today is that procurement teams treat them just like the vendors who clean the carpets. "If you grind the margin out of your agency you will get a marginal agency," Honda CMO Steve Center said.

Test incentive-based compensation. Eventually marketers will have the ability to more easily quantify an agency's performance but until then Forrester recommends testing incentive-based compensation so the agency has more skin in your business. "They will be more likely to help you hit your overall goals than just focusing on their world only," Forrester's Mr. Corcoran said. This way the agency wins and loses when the brand wins and loses.

Start the process in more advanced markets such as the U.S. and U.K. Different regions move at different speeds through the globe and Forrester believes it's important to start restructuring agency relationships in markets that can handle it. Marketers can then take those lessons and apply them in other markets such as China, India and Brazil.