Pros and Cons: Should You Embrace Lifestyle Branding?

Puma Joins the Race, but May Find a New Set of Competitors
READ THIS NEXT
TikTok bans paid political influencer videos ahead of US midterms
Alexander Chernev

Puma recently joined the long line of brands -- including Gillette, Dove, Starbucks and Swatch -- that have transitioned their positioning from focusing on functional attributes to featuring their products as representing a lifestyle.

Puma's emphasis on lifestyle is a major departure from its original concentration on soccer shoes and other high-performance athletic equipment -- a positioning solidified by endorsements from superstar athletes the likes of soccer legends Pele and Maradona. Now, instead of continuing its tradition of designing and manufacturing high-end athletic gear, Puma is looking to broaden its product line by focusing on leisure pursuits rather than professional sports products. More important, Puma is shifting away from stressing functional performance toward touting its products as a lifestyle choice.

What caused such a dramatic change in Puma's strategy? In 2007, PPR -- one of the world's largest luxury goods conglomerates -- acquired Puma as a part of its long-term strategy to strengthen its portfolio with higher-growth and higher-margin businesses. Part of the appeal of the acquisition was that PPR's core competency in building and managing luxury brands could help propel Puma's growth. So it should come as no surprise that several years later PPR, whose portfolio of luxury brands includes Gucci, Yves Saint Laurent and Boucheron, has decided to further align the Puma brand with its core competency in lifestyle branding.

By focusing on lifestyle positioning, is Puma opening itself up to even more competition?

Another, and perhaps more important, reason is that Puma is facing mounting competition from its arch rivals Adidas and Nike , which have encroached on Puma's market for designer athletic gear with functionally similar products. In light of this, focusing on lifestyle rather than on functional attributes appears to be a logical strategy to sidestep the competition and connect with customers on a more personal level.

To make matters worse, unlike competition based on functional attributes, which in most cases is limited to a given product category, focusing on lifestyle puts brands from different categories in direct competition with one another. For Puma, this means that it now has to compete not only with its direct rivals but also with lifestyle brands from unrelated categories. These include not only traditional lifestyle brands like Gucci, Abercrombie & Fitch and Ralph Lauren, but also functional brands like Gillette, Harley-Davidson, Starbucks, Swatch and Apple that have come to play a self-defining role for many consumers. Thus, by switching to lifestyle positioning, Puma might be trading traditional in-category competition for even fiercer cross-category competition.

Who benefits from lifestyle branding?
The increased competition among lifestyle brands does not necessarily mean that lifestyle branding is the wrong strategy. Rather, it means that to succeed a company needs to have core competency and strategic assets in lifestyle branding. As in any market, there will be winners and losers. The winners will be the brands that are best positioned to represent popular lifestyles. PPR's experience in building luxury brands means Puma is poised to become one of the winners in the lifestyle category.

Puma's future trajectory might be similar to other brands that have managed to successfully transition from functional to lifestyle positioning. For example, Montblanc has repositioned itself from a functionally focused brand that manufactured high-end pens into a lifestyle brand spanning different categories that include leather goods, watches and sunglasses, in addition to its core pen business. In the same vein, Lacoste managed to broaden the appeal of its brand from being closely associated with tennis to representing a lifestyle of exclusivity and luxury.

The casualties of lifestyle branding
Conventional wisdom would argue that a company's switch to lifestyle branding should have the greatest impact on its direct competitors. In Puma's case, this means that its repositioning will have the biggest effect on its direct rivals in the sports gear market, including Adidas and Nike . By effectively removing itself from the market in which brands compete on functionality, Puma might have made life a bit easier for Adidas and Nike .

The brands that will really suffer from Puma's repositioning are the lifestyle brands that do not have the resources or commitment to sustain their lifestyle positioning in the face of increasing competition. Consider, for example, Nestle's Coffee-Mate creamer, which recently launched the "express yourself" campaign aimed at repositioning itself from a functional coffee-creamer to a self-expressive brand. Ironically, Puma might even sink its competitive claws into fellow feline, Kellogg's Tony the Tiger, because despite being in different categories both brands compete to satisfy the same customer need -- the need to express one's self.

The limits to self-expression
The idea that lifestyle branding puts brands in different categories in direct competition with one another is supported by recent findings published in the Journal of Marketing, which provide experimental evidence that the barrage of lifestyle brands can end up satiating consumers' need for self-expression. Specifically, the study shows that exposure to a series of self-expressive brands can weaken consumers' future preference for lifestyle brands by making them appear less personally relevant, lest distinct and less desirable. The study is among the first to explore how brands serve as a means of self-expression, revealing the limitations of expressing one's identity through brands.

The competitive landscape is rapidly evolving and is no longer constrained by the boundaries of category. Now brands are competing across categories for a share of consumers' identity. Fulfilling individuals' need for self-expression is becoming the new frontier of brand competition.

ABOUT THE AUTHOR
Alexander Chernev is associate professor of marketing at the Kellogg School of Management, Northwestern University. 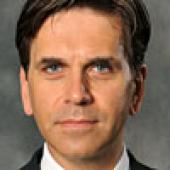 Alexander Chernev
View all articles by this author

TikTok bans paid political influencer videos ahead of US midterms

Meta's strategy for US midterms and how it will affect marketers