Marketers of the Year No. 4: Target | Ad Age
Skip to main content

Marketers of the Year No. 4: Target 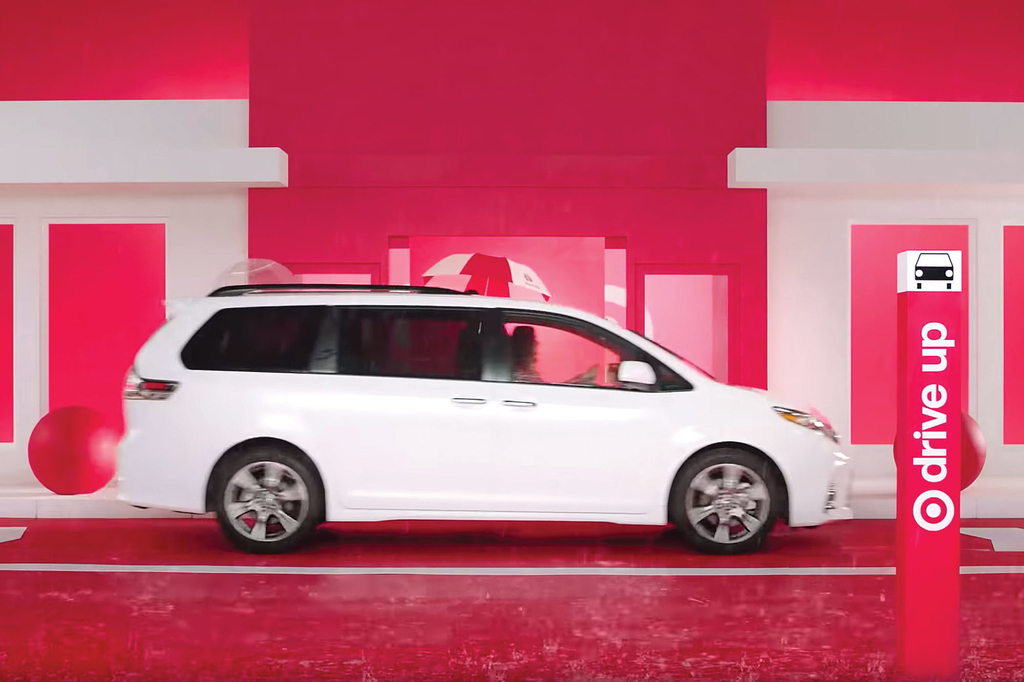 While the week before Thanksgiving is typically a time of cheerful anticipation for retailers gearing up for the critical holiday shopping season, the news this year was dominated by declines. Chains including Macy’s, Kohl’s and Gap all reported quarterly sales drops and missed analyst expectations. Yet amid the gloom, Target delivered a strong set of results that beat expectations, sent shares soaring and inspired the headline on financial services site Seeking Alpha, “Target Can’t Save All of Retail.”

Saving the competition isn’t up to Target, but the brand has certainly saved itself, and its marketing playbook has become the envy of rivals. Smart investments in private label brands, store redesigns and enhanced service offerings for consumers, along with new partnerships like an in-store collaboration with Disney, have secured the Minneapolis-based retailer’s immediate future. A recent redesign of the company’s loyalty program has also helped retain brand fans and recruit new shoppers. Since 2017, Target has spent approximately $10 billion to improve its brand and help the 1,800-unit chain stand out from lagging competitors.

“What we have been able to prove is retail is not dead, it’s just bad retail that’s dead,” says Rick Gomez, executive VP, chief marketing and digital officer. “It’s been a multiyear journey of reinvesting in what differentiates Target from other retailers.”

Last month, Target reported a 4.7 percent increase in total revenue for its third quarter to $18.7 billion. Comparable sales, which track sales at stores open a year or more, shot up 4.5 percent.

“Target is a retailer that has its act together,” wrote Neil Saunders, managing director of GlobalData Retail, in a research note.

In-house brands drive growth
On a call with analysts, CEO Brian Cornell called out the company’s focus on owned brands as a driver of growth. Target has more than 30 in-house labels, 18 of which have debuted in the last two years. Some of these brands, including the children’s line Cat & Jack, have quickly catapulted to multibillion-dollar business lines, according to company executives.

Good & Gather, a grocery line, was launched in October with 650 items, and another 1,000 will be added this spring. Gomez expects the line to reach more than $1 billion in sales by the time it turns 1.

While building up the private label stable has been a core strategy in recent years, Target has also made moves to compete with e-commerce giant Amazon by strengthening its own services. The company added delivery options like drive-up for customers who order online, and reduced the length of shipping time.

Target’s “Run and Done” marketing campaign, which highlights these offerings, has helped cement the store as a destination for everyday essentials as well as impulse purchases. In the past, Target had focused on narrative-driven campaigns, particularly for the holiday season, that often included high-profile celebrities and episodic content. Yet the simpler approach, which is usually a partnership between the retailer’s own internal agency, Target Creative, and a cast of external agencies, has succeeded in attracting customers. The company has relied on a mix of social, TV, experiential and out-of-home to check all the boxes.

“As a modern brand, we need to be telling stories across all of the different platforms and channels,” says Gomez.

Mouse House hits shelves
Target’s new partnership with Disney has also given the marketer a leg up. In October, the retailer introduced Disney shop-in-shop spaces in 25 of its stores, at which traffic was up 30 percent year over year compared with a 25 percent increase at other Target locations, according to Cuebiq, a location measurement firm. The retailer plans to add 40 additional Disney shop-in-shops in 2020.

Target is also running a media partnership with Disney for advertisers wishing to see if their ads on Disney spurred purchases from Target’s shelves.

In addition, the chain’s recently launched loyalty program, Target Circle, is adding a layer of personalization and customization Target’s marketing department had yet to provide. The initiative, which includes perks like discounts on birthdays and early access to promotions, rolled out in early October; 36 million customers had already enrolled within the first few weeks, says Gomez, noting that the first five weeks were “well above goals from a sign-up and engagement perspective.”

“We believe the loyalty program will allow Target to capture valuable data about their shoppers to further improve execution,” wrote Oliver Chen, a retail analyst at Cowen and Co., in a recent research note.

The special touch of such personalized offerings will help the company continue to gain ground in an increasingly fractured retail landscape.

“Target has historically been a very good mass marketer,” Gomez says. “We’re evolving to not only continue to be an amazing mass marketer, but we also have to market one-to-one in a much more personalized way.”