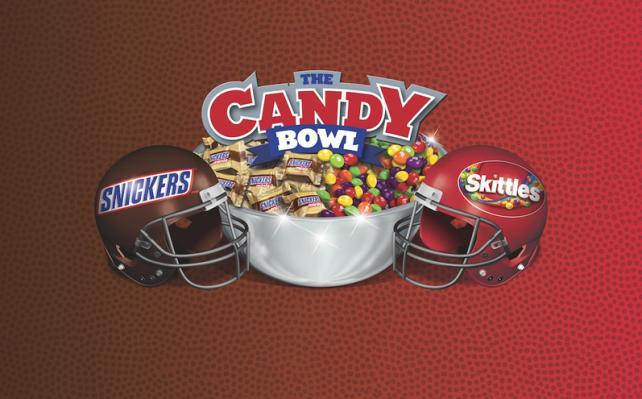 It is only May, but Mars already has Super Bowl marketing plans in place for Snickers and Skittles.

Mars will be back with a Snickers commercial during the Super Bowl, the company confirmed to Ad Age. And Mars and Wrigley will have their second consecutive Super Bowl-related joint sales program leading up to the Feb. 5, 2017 game. "The Candy Bowl" will push people to choose whether they are on Team Skittles or Team Snickers. Plans include in-store displays and online elements.

Mars' Wrigley unit has not yet confirmed whether Skittles will have a dedicated commercial during the big game. Both Snickers and Skittles, which are NFL sponsors, aired spots during the last two Super Bowls.

The brand versus brand approach comes after Mars' Twix brand has been promoting a rivalry between the left and right Twix bars.

While it is way too early to know what Mars might do for Super Bowl LI commercials, Snickers and Skittles continue to run the spots that aired during Super Bowl 50. The Snickers commercial from BBDO New York features Willem Dafoe dressed as Marilyn Monroe. The Skittles commercial from DDB Chicago has Steven Tyler reacting to a unique portrait of himself made from the colorful candy.

The Candy Bowl contest and in-store plans are set to run from Dec. 12 through Feb. 27, 2017. During the joint push, people who text in photos of either Snickers or Skittles have the chance to win instant prizes and enter to win one of two grand prizes -- season tickets for the team closest to the winners' hometowns.

Mars discussed a variety of new products at this week's Sweets & Snacks Expo, a trade show put on by the National Confectioners Association. Wrigley's new items include Doublemint Perfectly Sweet, made with real sugar and no artificial sweeteners, flavors or colors, coming in December. In January, it will begin selling a new version of Orbit White in a soft chew form rather than pellets. At Mars Chocolate, new products include White Chocolate Twix, coming in October, and Snickers Hazelnut, due in December.

Snickers also has other football-related marketing plans. Promotional displays in-store will feature the NFL, and Snickers plans to sell 15 NFL-themed hunger symptoms bars in a continuation of its "You're Not You When You're Hungry" idea.