Mattel's Margo Georgiadis, recruited from Google earlier this year, is shaking up the 72-year-old company by cutting its dividend and investing the money in entertainment and internet-connected toys. 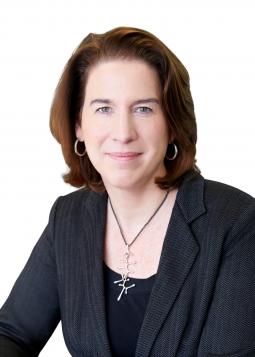 The chief executive officer, who started in February, told analysts that she wants shift Mattel away from being a vendor of Barbie dolls and Hot Wheels at physical stores and into a company centered on mobile technology and activities. The strategy will be funded in part by reducing the dividend 61%.

"It's time to reinvent this company to ensure it reflects where consumers and the market is going," Georgiadis said in an interview before a presentation to analysts in New York. Mattel will go from being considered a traditional toymaker to a "future-proofed kid-experience company."

Mattel's toy brands need to adapt to the way kids are now being raised, Georgiadis said, citing toddlers on iPads and education-obsessed parents. This will lead to a big push in digital content, internet-connected toys and products that promote learning, she said. She also wants to expand into gaming, live experiences and other categories of products.

In addition to saving by lowering the dividend, Mattel is revamping its supply chain and cutting bureaucracy. The company sees this allowing it to funnel as much as $350 million into its growth strategy over the next few years and fueling sales expansion in the high-single-digit percentage over the period. For 2017, Mattel sees revenue gaining at a low-single-digit percentage.

Georgiadis inherited a company in turmoil. Revenue has fallen amid the loss of major licensing deals -- Disney Princess and Frozen -- and Mattle is struggling to produce hit toys at the rate it once did.

There had been positive signs before she arrived as Barbie -- its biggest brand -- posted periods of robust growth last year. But that optimism was erased in the fourth quarter, when Barbie revenue fell 2%, dragging down the entire company's performance and hammering the stock the most in eight years. The resuts were exacerbated by a lackluster Christmas season at many of its retail partners, inlcuding Target Corp. and Toys R Us. This created an excess of inventory in the first quargter, sparking a 15% sales drop that once again sank the stock. The company used promotions to clear the glut of products.

Mattel has been seeking new direction since January 2015 when it fired CEO Bryan Stockton, who had come from the packaged foods industry. Board member Christopher Sinclair replaced him on a temporary basis. Meanwhile, reviving the company's brands and relationships with Disney was left to Richard Dickson, who now served as chief operating officer.

Georgiadis' tech experince includes building and managing business units, but not promoting and producing consumer products or dealing with retailers. During two different stints at Google, she ran the advertising business for the Americas and worked in global sales.

"I'm really focused on looking at where the industry is headed and how the world is evolving," Georgiadis said. "Toys really need to adapt to this new era."