Unhappy Meals: McD's Prices Could Be Pushing Consumers Away

Rising Costs May Take Bite Out of Third-Quarter Earnings
READ THIS NEXT
NFL Playbook: Tracking how brands are marketing around an uncertain season 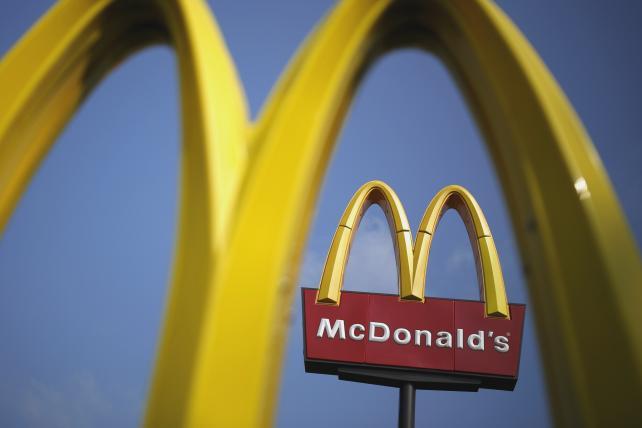 Mike Hiner used to take his grandsons to McDonald's when they wanted a treat. With higher wage and food costs pushing up prices at the Golden Arches, he's increasingly taking them to IHOP, Denny's and Chili's instead.

"Those meals are the same price," said Mr. Hiner, a 58-year- old geologist in Houston. "And they're better."

The loss of bargain-seeking customers like Mr. Hiner underscores a growing challenge for McDonald's Corp.: While the company still offers several items for $1, its menu is quietly getting more expensive. McDonald's said its prices were up about 3% through the end of June compared with 12 months earlier. That's more than the 2.5% gain in prices for food Americans purchased away from their homes in the year through August, according to the Bureau of Labor Statistics.

The chain's diminishing appeal among budget diners -- coupled with rising meat costs -- are projected to take a bite out of third-quarter earnings due to be reported today. Analysts estimate that McDonald's revenue fell 1.8% to $7.2 billion in the period. Net income, which also were hurt by a food-safety scare in China, slid 11% to $1.36 billion, according to the projections.

Lisa McComb, a spokeswoman for the Oak Brook, Illinois- based company, declined to comment.

McDonald's famous Dollar Menu now includes items that cost more than $1, and other items are creeping above $5. At some McDonald's locations in Chicago's Loop, a Double Quarter Pounder with cheese, fries and a drink totals about $7.50. Chicken Club sandwiches are $4.45, $4.99 and $5.19 at different Chicago McDonald's restaurants, without sides or a beverage.

McDonald's hasn't offered enough discounts and deals to attract diners, which contributed to its four straight months of U.S. same-store sales declines, UBS AG said in a study this month.

Price sensitive shoppers
Some Americans are extremely price sensitive, and any increases may send them elsewhere, said John Gordon, principal at San Diego-based Pacific Management Consulting Group, an adviser to restaurants and franchisees.

"If you encourage and kind of seed the notion that you can come in for a couple bucks and get some food -- and then you can't do that anymore -- there's bound to be a reaction," he said.

Restaurants are being pressured into boosting prices because of rising beef, cheese and pork prices, as well as minimum-wage increases. Minnesota, California and Michigan have recently hiked minimum pay levels.

U.S. restaurants plan to boost prices 2% during the next six months, more than the 1.7% average increase from the prior 12 months, according to an October survey by restaurant researcher MillerPulse in Atlanta.
"There's no other option but to raise prices when commodities and labor are going up," said Peter Saleh, a New York-based analyst at Telsey Advisory Group. "You can't sell a lot of items for a $1 anymore and make any money."

The foods McDonald's has kept cheap include McChicken sandwiches and fruit-and-yogurt parfaits.

While holding prices for those items at $1 may have helped prevent the sales declines from being even worse, it's hurt profitability. Restaurant margin at McDonald's domestic company-owned stores narrowed to 18.3% in the second quarter from 18.7% the year before.

Fierce competition
The pricing struggle is hitting the industry at a time when competition for frugal diners' spending already is increasingly fierce. Industry sales growth has stagnated the past few years -- rising 0.8% in 2012 and 0.7% last year, according to a June report from IBISWorld Inc. McDonald's U.S. same-store sales fell 2.8% in August.

Making matters worse for fast-food purveyors is that casual-dining chains are advertising cheap lunches to appeal to diners who otherwise would have cruised through the drive-up window for a burger. Chili's is selling lunch combo meals, such as chicken quesadillas, fries and soup or salad for $7 as well as a double cheeseburger with soup or salad for $8.

Fast-food chains are trying to bridge the gap by moving away from $1 and value meals, adding more expensive fare instead. This year, McDonald's has tacked on Bacon Clubhouse burgers and chicken sandwiches to its menu.

Even the dollar menu hasn't escaped the push for fancier fare. McDonald's last year introduced the Dollar Menu & More, adding $2 and $5 items to a lineup that exclusively featured $1 eats since its nationwide introduction in 2002. The menu now includes a jalapeno double burger and a 20-piece chicken McNuggets.

The result has been that fast-food chains, long thought of as the cheapest place to grab a quick bite, may now have that reputation working against them, said Joel Cohen, president of Cohen Restaurant Marketing Group in Raleigh, North Carolina. The higher prices may be driving some customers to seek alternatives either at fast-casual chains like Panera Bread Co. or even at sit-down places, he said.

"It's sticker shock," Mr. Cohen said. "You're up at price where you could just about be dining at a casual-dining restaurant."