Menu Changes at McDonald's Have Huge Reverberations
READ THIS NEXT
NFL Playbook: Tracking how brands are marketing around an uncertain season 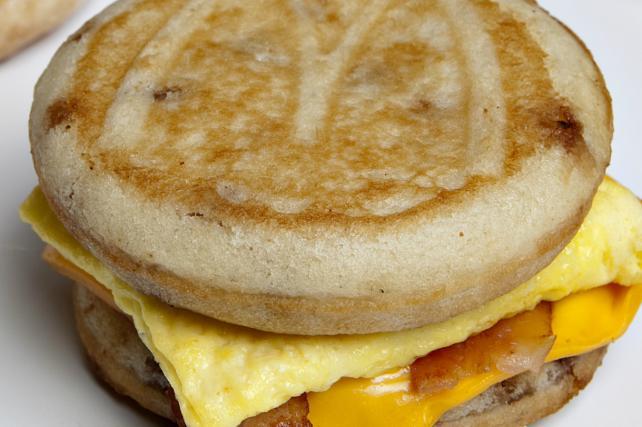 McDonald's plan to sell breakfast sandwiches throughout the day has delighted many customers, but the move risks exacerbating egg-supply woes in the U.S.

Restaurants and other food companies have already been struggling to get enough eggs following the worst outbreak of bird flu in U.S. history. With the world's largest fast-food chain shifting to all-day breakfast next month, the strain is only going to increase, said Darren Tristano, an exec VP at research firm Technomic. That could mean higher prices for consumers, as well as chains having to get more creative with where they get their eggs.

"It's going to make it harder for everyone," Mr. Tristano said. "It's going to lift prices across a lot of those products that use eggs."

Already, U.S. retail egg prices have soared. They reached a record $2.57 a dozen in June and remained at that price in July, according to data from the Department of Agriculture. Prices spiked after a bird flu killed more than 48 million fowl in the first half of the year. The expense may rise even further as Americans begin stocking up on eggs for the holiday season this fall, Mr. Tristano said.

"The cost will likely be passed through to the consumer," he said.

Some restaurant chains are coping with high egg prices by switching to other products. Panda Express is selling corn in its fried rice instead of eggs, and Red Robin Gourmet Burgers is putting cucumbers in some of its salads rather than hard-boiled eggs.

The crisis has shown signs of abating. U.S. frozen egg supplies actually increased at the end of July from the prior month, USDA data shows. But McDonald's may quickly reverse that trend.

Sales slump
McDonald's announced plans on Tuesday to offer all-day breakfast across its 14,350 U.S. locations on Oct. 6. It's part of CEO Steve Easterbrook's effort to revive domestic sales, which are mired in their worst slump in more than a decade. Selling its signature Egg McMuffin sandwich all day could increase McDonald's sales by as much as 2.5% a year, according to an internal company presentation.

Under a plan approved by franchisees, the full morning lineup won't be available all day. Restaurants will sell either muffin- or biscuit-based sandwiches, along with hot cakes, sausage burritos, fruit-and-yogurt parfaits, oatmeal and hash browns. McDonald's may get rid of other items to make room for breakfast.

Still, that probably means selling a lot more egg sandwiches. And when McDonald's makes a menu change -- even a seemingly small one -- it has huge reverberations. After the company announced plans earlier this year to bring back chicken tenders, it helped the poultry industry stave off a supply glut.

When McDonald's began offering apples in the early 2000s, the company soon became the nation's biggest buyer and seller of the fruit.

The breakfast plan may be an even bigger undertaking. Tuesday's announcement caused a sensation on social media, where McDonald's customers have long begged the chain for all-day Egg McMuffins.