McDonald's CEO: Turnaround Has Begun, More Work Left to Do
READ THIS NEXT
How COVID-19 is changing shopping behavior on a global scale
Steve Easterbrook
Credit: Courtesy McDonald's

Third-quarter results, issued Thursday, reflect performance from the July to August period, which did not include the All Day Breakfast sales that began on Oct. 6 and are doing well, CEO Steve Easterbrook said during a conference call. He also said McDonald's is working on addressing "the need for national value" with franchisees, and hinted that a more permanent value focus could return at the former home of the Dollar Menu in 2016.

Sales at U.S. restaurants open at least 13 months, or same-store sales, rose 0.9% in the quarter, marking the first growth since the third quarter of 2013, when U.S. same-store sales rose 0.7%.

"People have more choices than ever about where to dine. We want to give them more reasons to dine at McDonald's," said Mr. Easterbrook, who took the helm at the beginning of March.

Mr. Easterbrook called out two menu items that boosted U.S. sales during the quarter, the new buttermilk crispy chicken sandwich and a back-to-basics approach on the Egg McMuffin. 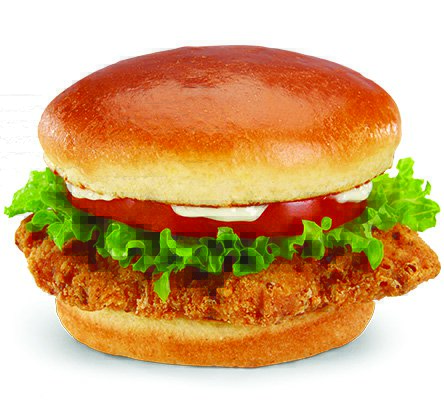 The buttermilk crispy chicken sandwich, launched in August, has "exceeded the high end of our expectations," he said. That product stands to help McDonald's when it comes to competition, as one of its fastest-growing rivals these days is Chick-fil-A. Also, adding more chicken to the menu helps mitigate the impact higher beef prices have on profit margins.

Using butter instead of margarine on the Egg McMuffin, a change that took hold over the summer, helped lead to a double-digit increase in the number of Egg McMuffins sold immediately following the rollout, Mr. Easterbrook said.

"The first quarterly comparable sales increase in the U.S. in two years is a tangible sign of progress and reflects the initial steps we've taken in areas that matter most to our customers: great-tasting, high-quality food, convenience and value," he said.

Mr. Easterbrook said McDonald's summer offer of a double cheeseburger and small fry for $2.50 was a step toward a national value proposition. Now, the company and franchisees are "working towards restoring a more permanent value platform in the future," he said. "Probably one of the areas where we're still a little weaker is at that more entry-level value level."

Franchisees have to vote on any national value program before it can be added to the lineup. McDonald's moved away from the Dollar Menu to a national Dollar Menu & More strategy two years ago.

While McDonald's did not give specific sales results for the early days of All Day Breakfast, Mr. Easterbrook did say that it was going well and has a "cultish" following among college students.

McDonald's has been working on a variety of changes. Operational tweaks include toasting buns longer and changing how patties are seared and grilled. It has also eliminated a small number of items from the menu, while adding more options for personalization and customization. Mr. Easterbrook said the chain is seeing a few seconds shaved off of drive-thru service times with simplified menu boards, an important area as about 70% of the U.S. business is handled in those drive-thru lanes.

"We're running better restaurants than we were a year ago," Mr. Easterbrook said, adding that the quarter ended a little stronger than it began.

The company is also making changes in the digital space, an area where it has lagged some competitors. The mobile app that is now available nationally has more than 2 million downloads and 1.5 million offers have been redeemed, Mr. Easterbrook said. He said McDonald's plans to begin national advertising about the app later this month.

Third-quarter results came in better than Wall Street anticipated, and shares of McDonald's were up 8% at $110 .56 in afternoon trading.

Five of the company's six main markets saw same-store sales growth in the quarter, but sales in France declined marginally. McDonald's projected that global comparable sales would rise in all segments this quarter.