Comparable sales and visits remain down, especially during breakfast
READ THIS NEXT
A regularly updated list tracking marketers’ response to coronavirus 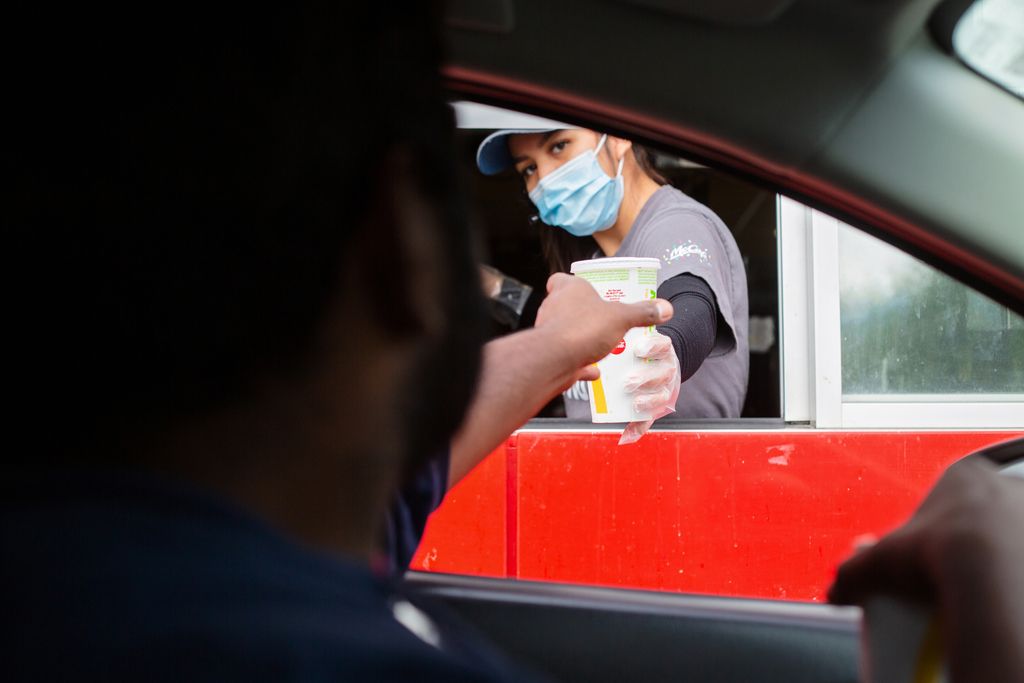 McDonald’s has relied on its drive-thru lanes, as well as delivery, to satisfy demand during the pandemic.

McDonald’s has chopped 25 seconds off the U.S. drive-thru time during the coronavirus pandemic as it has been operating with a limited menu to help simplify operations.

The massive improvement at the drive-thru, where McDonald’s does the majority of its U.S. business, should serve the Golden Arches well as more people begin returning to restaurants. The world’s largest restaurant chain doesn’t plan to stick with the current slimmed-down menu, CEO Chris Kempczinski said during an investor presentation on Tuesday. Cutting items, such as all-day breakfast, helped speed up operations during the crisis.

McDonald’s is unlikely to keep the menu as it is now or to go back to the pre-COVID-19 menu, he said.

Kempczinski didn’t outline specific items that might return to the menu. But plans for a new chicken product and breakfast baked goods were paused during the pandemic, and now the U.S. team has to figure out when it makes sense to add those to the lineup. McDonald’s is also still working on a loyalty program, but knows that whatever it puts in place can’t impede the speed of the drive-thrus, he said.

McDonald’s has been relying on its drive-thru lanes, as well as delivery, to satisfy demand during the pandemic. Now, as McDonald’s locations begin to reopen their dining rooms, business is expected to get an incremental bump.

The chain is eager to see a recovery in its breakfast business in particular, which has been under more pressure than other times of day, as fewer people are heading out to work or school and therefore aren’t stopping by for an Egg McMuffin, hash browns or coffee.

“Breakfast is a habitual daypart,” and once you disrupt that routine it takes time to rebuild it, Kempczinski said during a video conversation with Evercore ISI analyst David Palmer.

McDonald’s pulled back from marketing breakfast as it knew there weren’t going to be many morning customers, but is now starting to ramp those messages back up. So are its competitors. On Monday, Burger King announced a limited-time Croissan’wich featuring an Impossible plant-based patty. And in beverage news, on Tuesday Dunkin’ said it would begin selling Dunkin’ Refreshers, which are drinks made with iced green tea, B vitamins and flavored fruit concentrate.

McDonald’s says sales at its longstanding U.S. locations, or same-store sales, fell 5.1 percent in May, a massive improvement from a 19.2 percent decline in April. Visits to McDonald’s remained down, particularly at breakfast, the company said.

“The traffic numbers in the industry are still down, they’re still down mid-teens,” Kempczinski said.