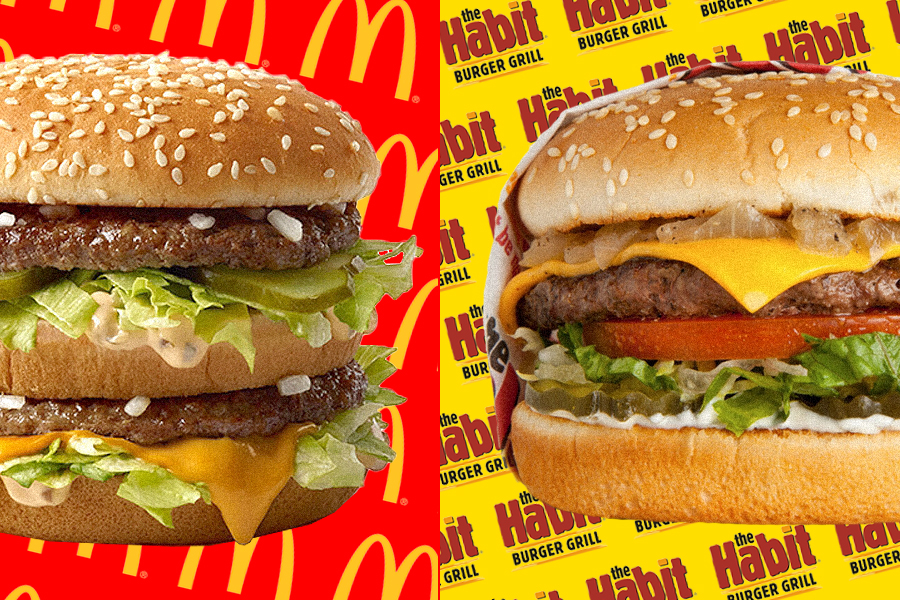 Burger chains are busy as 2020 gets underway.

McDonald’s is eager to showcase CEO Chris Kempczinski, who got the CEO role after the world’s largest restaurant chain fired Steve Easterbrook. It added an Instagram account for Kempczinski on Monday, roughly two months after he was promoted.

And in news about a much, much, much smaller burger chain, The Habit Restaurants struck a deal to be acquired by one of McDonald's main rivals, Yum Brands, for about $375 million. The acquisition gives the owner of Taco Bell, KFC and Pizza Hut a fresh take on the burger business. Habit is a fast-casual chain that is still tiny compared to its existing rivals, but is fast growing.

Since Kempczinski was named CEO of McDonald’s on Nov. 3, he has held town hall meetings and taken other steps to reach out to the company’s employees and franchisees. His Instagram account, @chrisk_mcd, apparently just happened to debut the day after the Wall Street Journal ran a story about a shift away from a so-called party culture at the world’s largest restaurant chain. According to the Journal, Kempczinski wants to put a more professional culture in place at McDonald’s. The report cites unnamed people who said Kempczinski “wasn’t part of the executive group that did most of the late-night socializing.”

The first Instagram post from Kempczinski, or Chris K, as he is often referred to (including in his Instagram handle), doesn’t hint at any big partying to ring in the new year. It’s a corporate photo of him that was taken at a company restauant in December. The introduction of the account suggests McDonald’s will be doing more to get Kempczinski in front of franchisees, and the broader public, as the company tries to move past the sudden departure of Easterbrook. Easterbrook, meanwhile, used to post on Twitter but has been silent on the platform since late October, when he shared his enthusiasm for McDonald's following a global town hall.

Opportunity, Community, and Solutions: three things that make me proud of our McDonald’s System. I firmly believe that McDonald’s can change the world in a way that no other company can, and we’re just getting started. I’m thrilled to be using Instagram to connect with and share the stories of our community.

The Instagram post included some comments nearly identical to those Kempczinski shared Monday in a memo to McDonald’s staffers, obtained by Ad Age, such as the line "I firmly believe that McDonald’s can change the world in a way that no other company can." In the memo, Kempczinski said he was proud of the company’s success in 2019 and that he was impressed by the candid feedback shared with him over the past nine weeks.

While McDonald’s was prepping for Kempczinski’s Instagram debut, Yum was pulling together an acquisition that might have been smaller than some expected, but still fills a noticeable gap in the restaurant conglomerate’s menu. The Habit Burger Grill, which was founded in California in 1969 and now has nearly 300 locations, serves chargrilled burgers, chicken and tuna sandwiches, salads, shakes and other items. The Habit Burger Grill “has significant untapped growth potential in the U.S. and internationally,” Yum CEO David Gibbs said in a statement. The Habit has most of its locations in California, along with some other states in the U.S., seven locations in China and plans to open this year in Cambodia.

Stifel restaurant analyst Chris O’Cull expressed mixed views about the deal. “On the one hand, we believe it makes sense for Yum to acquire restaurant chains that can benefit from its purchasing scale, technology investments, marketing expertise, and its global franchise network to support expansion,” O’Cull wrote in a research note. “However, we are not confident in The Habit's growth prospects.”

The Habit has already taken some cues from fast feeders. A total of 51 of its restaurants had drive-thrus by the end of the third quarter, while 20 had self-ordering kiosks.

The deal was announced a mere five days after Gibbs officially began as Yum’s CEO, succeeding Greg Creed in a move announced back in August. And it's not Yum Brands' first foray beyond tacos, fried chicken and pizza. In 2002, when the company was still known as Tricon Global Restaurants, it acquired the A&W and Long John Silver's chains, and changed its corporate name from Tricon to Yum. It sold those two chains to separate buyers in 2011.

To give a sense of the size of the two companies, while Habit’s revenue jumped 21 percent to just over $402 million in 2018, Yum’s revenue fell 3 percent to nearly $5.7 billion.

The deal is expected to close by the end of the second quarter. The Habit Burger Grill will continue to be run out of its Irvine, California headquarters (the same city where Taco Bell is located), and be led by President and CEO Russell Bendel, who will report to Gibbs.