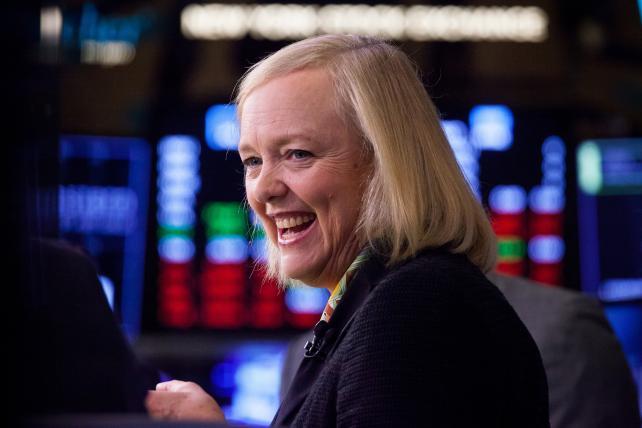 She'll serve as chief executive officer starting on March 1, Katzenberg said Wednesday in a statement. NewTV, as the company is tentatively called, will be based in Los Angeles and aims to bring Hollywood-quality storytelling to videos that last 10 minutes or less. Whitman, 61, is scheduled to step down from her job at Hewlett Packard Enterprise Co. on Feb. 1.

"Meg is one of the most accomplished and sought-after executives of our time. She has built and scaled some of the most important global companies today," Katzenberg said in statement.

The job change highlights the growing convergence of technology and entertainment. Amazon.com Inc., Netflix Inc. and Google have been increasing their presence in Los Angeles, producing more original content for their streaming services. AT&T Inc. continues to pursue the purchase of Time Warner Inc. in a bid to get more access to TV shows and movies which can differentiate its mobile and Internet service.

Katzenberg sold his film studio, DreamWorks Animation SKG, to Comcast Corp. for $3.8 billion in 2016. He has since founded WndrCo, a holding company aimed at acquiring or building new media businesses.

Whitman took over Hewlett-Packard Co. in 2011 and remained in charge of Hewlett Packard Enterprise when the company split in two in 2015. Prior to joining HP, she was president and CEO of EBay Inc. and also made unsuccessful run for California governor.

She served on the board of DreamWorks Animation from 2005 to 2008 and worked at Walt Disney Co. earlier in her career, overlapping Katzenberg's tenure there.