MillerCoors Execs Dish on the State of Craft Beer 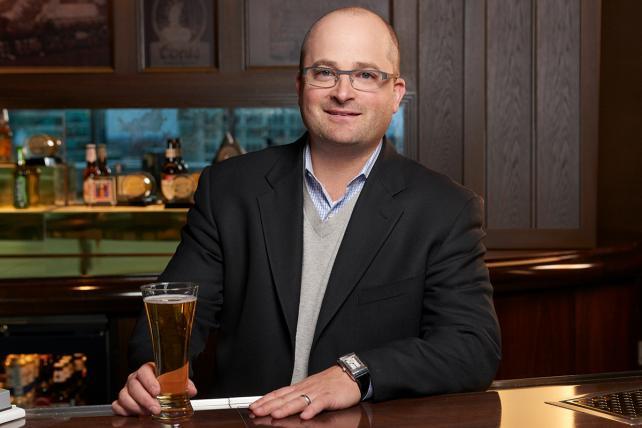 MillerCoors has come out swinging against an anti-big beer campaign launched Monday by a craft brewers organization that accuses top brewers of squashing craft beer culture by buying up smaller brands. The campaign by the Brewers Association specifically targets Anheuser-Busch InBev—which has acquired 10 craft brewers since 2011—but MillerCoors is also implicated because it has four craft brand acquisitions under its wing.

Pete Marino, president of MillerCoors' craft and imports division, called Tenth and Blake, fired back at the Brewers Association in a corporate blog post. "If the number of inbound calls that we are getting is any indication, more and more independent craft brewers are open to the idea, or at the very least exploring their options to partner with a large brewer or financial partner," he said.

The tussle comes as the craft beer segment shows signs of cooling after years of strong growth. Production volume in the first half of the year grew 5 percent, trailing the 8 percent growth pace set at the same time last year, according to the Brewers Association. MillerCoors craft acquisitions include Revolver, Terrapin, Saint Archer and Hop Valley.

Marino has been overseeing those brands since Sept. 1 when he took over Tenth and Blake. He also serves as the brewer's chief communications officer. Ad Age caught up with Marino at last week's National Beer Wholesalers Association meeting in Las Vegas to get his take on craft beer and how the brewer is putting more marketing behind its brands, including opening taprooms at pro sports stadiums. Tenth and Blake VP of sales and marketing Paul Verdu joined the conversation. Below, a lightly edited transcript.

What is the future of craft beer?
Marino: It's no longer good enough to brew an interesting beer, throw a catchy name on it, throw it on the shelf and expect it's going to sell. So you've got to start thinking about awareness. You've got to start thinking about building and driving a brand. We are still fearful that the beer category will become like the wine aisle. We are going to be punching hard against brand development.

(Editors note: Amid the craft boom, beer execs have long feared the 'winefication' of beer, in which styles become more important than brands.)

What changed?
Verdu: It can be semi-tiring standing in front of a craft beer section now. It's the paradox of choice: There are so many options, what am I going to choose? That is why we firmly believe it's the brands that are going to win out. The price of entry is good beer. There's thousands of good beers, great beers. The question is what is going to break the tie when it comes to consumers choosing, and it's going to be good beer plus some kind of story, some kind of brand proposition that stands out.

Will this new focus on branding translate into more media spending?
Marino: Depending on where you are from a brand evolution standpoint, I do think you will start to see more crafts that do more above-the-line [i.e. mass marketing.] Goose Island [owned by Anheuser-Busch InBev] is doing it right now. Our brands are pretty far away from that. But does that mean we should do more advertising on print and out-of-home and maybe even radio? I think we are going to be looking at all of that. 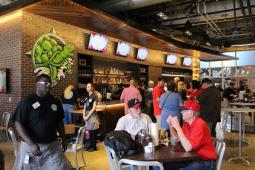 Verdu: It's not big-time TV advertising, but it's leveraging social and digital and actually creating places for consumers to go experience the brand … So the Terrapin Tap Room at the Braves stadium, the Hop Valley Hop Boxes that we are dropping into Safeco Field [and] AT&T Park. These are places where the brand stands out and actually says something about itself.

These sound like sports sponsorship deals. Aren't you essentially borrowing from the big beer marketing playbook to push craft beer? And since you are owned by a big brewer, aren't you biased toward these techniques?
Marino: I would say we are taking advantage of the big beer ownership on those deals for sure. But I don't think we are stealing from the big beer playbook in a way that is unique. Look at Sam Adams, look at Deschutes, look at [craft] brands that are further along in the national development phase. I think they are starting to do what maybe in the past has been mainstream beer [tactics]...Colorado State University has their own Colorado State beer that New Belgium is brewing for them. New Belgium is still independent. It's not just a provenance of big beer anymore to do these things that are going to spread awareness the right way for brands.

Is MillerCoors eyeing more craft brewer acquisitions?
Marino: A lot of people are questioning us whether we are done with M&A, and we are not. We are going to look at M&A with three variables in mind: One, it needs to be either a geographic or beer-style compliment to our current portfolio. Two, obviously the valuation has to be realistic, and valuations are starting to become more realistic. And three, we need to make sure the right people are coming into our business. Because we do think that people matter and we want to make sure we are bringing in people that help make us better.

Craft brewing enthusiasts have long criticized big brewer acquisitions. Earlier this year, the Brewers Association introduced an "Independent Craft" product seal that you guys are not allowed to use on your craft brands. What is your take on that?
Marino: I have no problem with independent brewers proclaiming their independence. What I do have a problem with is disparagement of beer … Anything that is done individually for competition, and they want to say 'I'm independent you are not, I just want to let you know,' then peace. But if it starts to get into the denigration territory, I have an issue with it.

Do you think consumers will look for this independent label and could it hurt MillerCoors craft brands?
Marino: Is there some small percentage of consumers that are going to be seeking that? I'm sure. But the overwhelming majority I don't think are going to care. They want a good beer drinking experience from brands they can identify with.

Craft beer sales have slowed. Are we going to start to see more craft brands disappear?
Marino: Definitely, I think so, I mean the law of averages would certainly suggest that. What I've heard [from distributors] is a lot of them are looking to cut proactively some of their long-tail of brands and SKUs that just aren't moving. It's become very difficult for them to manage at the distribution level if you don't have the velocity at retail.

AB InBev recently acquired an organic energy drink brand called Hiball. Is MillerCoors eyeing any non-alcoholic brand acquisitions?
Marino: That's not something that is on our radar screen at the moment. But whether or not it could be in the future, sure. I think we'll take a look at a lot of things.