Marketers Have Their Work Cut out for Them, as They Educate Colleagues, Attempt to Scale Globally

When chatting mobile marketing with five ad execs, one thing is painfully clear: No matter what you're selling, mobile is a major headache. Marketers and their agencies are still enticed by the medium's overwhelming global reach and utility, and in some cases, are beginning to shift budgets from newspapers and magazines to mobile. But reams of red tape in the young, still tech-focused industry are slowing ad spending. At the Association of National Advertisers' mobile conference in New York last month, Ad Age discussed how mobile is forcing even the most seasoned of marketers to learn how to fail with five major industry players: Wendy Clark, senior VP-integrated marketing communications and capabilities, Coca-Cola Co.; Scott Berg, senior director-global digital strategy and HP.com, Hewlett-Packard Co.; Bob Liodice, President-CEO, ANA; Bill Tucker, CEO, MediaVest; and Greg Warren, VP-creative marketing, Walmart U.S.

Ad Age : Mobile is so many things; it's text messaging, ads and sometimes location-based services. What formats are the priority right now?

Ms. Clark: We look at mobile horizontally. You can go from SMS to web to apps to gaming to social. We look at it from creating branding and brand love all the way to promotions and generating revenue. If you stop just at marketing, you're not maximizing mobile, because it can drive commerce. 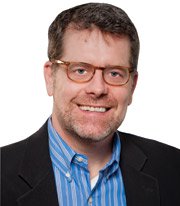 Mr. Warren: [Mobile] is something that is in literally every facet of the business. We have a program that 's apps, not ads, and it's really about how we move our engagement with our customer base away from a traditional advertising message into an application or utility. That's just the marketing piece. It's also critical for us to link mobile with the operations and merchandising side. Without that , our experience dies on the vine.

Ad Age : For a technology company like HP, are there different priorities? 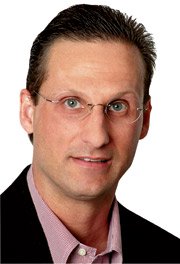 Mr. Berg: For us mobile is certainly horizontal, but it is also international. We're in 71 different countries with our mobile application and mobile website. Our focus is really on three areas: revenue enhancement, cost reduction and customer satisfaction. We believe that you have to have at least two out of those three to move the project forward. 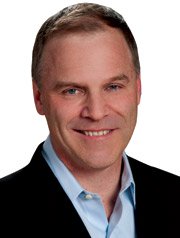 Mr. Tucker: The research we've done has pointed out that mobile is functioning as the universal remote control for people in their lives 24/7. It's kind of like the clicker of human experience, whether it's for utility, critical information, finance, fitness or football.

Ad Age : So how do you tackle a medium that 's both so new and so vast?

Ms. Clark: Mobile reminds us, because it's emblematic of innovation and next-generation consumer engagement, we've got to all get much more comfortable with failure. We're used to being very successful, but one of the mantras that 's come from our mobile activity is : "Test and fail to learn to scale." We're in 206 countries. We can scale the wrong thing perfectly, if we're not careful. 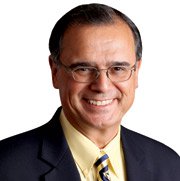 Mr. Berg: From a development perspective, you're not doing this the same way that most companies have in the past, where you give IT the specs and they come back in three years with the finished product. Now companies are using agile methodology, where you're doing 30-day cycles to get this stuff done. Our mantra is "fail and fail fast," so we fail in 30 days. Literally we fail every single month at something. But the ability to fail fast decreases your cost of investment dramatically. It also decreases the ability for you to roll out the wrong thing.

Ad Age : What are some lessons you've learned from failure?

Mr. Berg: We've learned you need to understand what your brand is and what your consumers want at the end of the day. We don't want to create the new "Angry Birds" app. That's not what we want to do. We only have six apps. [One of those apps is ] ePrint, because we want people to be able to print from phones to one of our printers because when they do, they use ink. That generates revenue for us. It's also very convenient for people on the road. Another risk is thinking that corporate knows how mobile should be implemented in a foreign country. The way that it needs to be implemented in China is completely different than in the United States, content-wise, brand messaging-wise and product-wise. At HP, we do not sell the same product in overseas countries, so we can't just have one cookie-cutter model. We have to have a separate mobile site for every single country.

Ms. Clark: That's a nightmare. The complexity of pulling off globally-consistent mobile programs is almost too much to fathom. The first mobile program we did was about three years ago. We managed to scale it in nine countries, and it almost broke backs in order to do that . It simply was so complex, dealing with all the middle men and all the carriers. Here's one thing that needs to change in order for mobile to take off: In the U.S., the carriers all have different requirements for programs. We've seen AT&T white-list Fortune 500 brands for SMS programs, which we love and we'd love to see other carriers move there too. That means what used to be an eight-week approval, if we meet requisite guidelines, now can just be turned on and it goes.

Mr. Liodice: Take that complexity and layer on the fact that according to an ANA survey, 62% of marketers leveraged mobile last year. Yet with all of that activity, the amount of investment in mobile is only $750 million in 2011. There are a lot of things fighting each other.

Ad Age : What other challenges are you facing?

Mr. Berg: Our marketing budgets are not rapidly expanding. Let's be blunt about that . For us to move into mobile, we had to get out of something else. We had to reduce investment in newspapers, magazines and other areas that are not providing value to our brand. That is a very difficult change to make inside any company because people are in their rut. They don't understand the dramatic shift in consumer behavior -- the mobile phone, in many respects, has become the content from a newspaper or magazine. It's not eliminating them, but we've had to make that financial shift.

Mr. Warren: I wonder if a big part of the challenge is we just don't yet have really good ideas in this space yet, and so we're enamored with the technology and it lets the complexity get in the way.

Ms. Clark: Adding to that , we don't have muscle memory on this. Ask any marketer where their muscle memory is ; they've been making TV spots for years. Mobile is a couple years old. When you go up the ranks in our company, this is entirely new. The people who are doing mobile programs are the guys in flip-flops. There is a very big cultural shift.

Ad Age : Often mobile agency services have grown out of tech providers. Do you find that these partners have marketing savvy to back up their understanding of the technology?

Mr. Berg: There are only a few major agencies that really understand the global aspect of this. The complexity of mobile is more than we have ever seen on the web. Part of the problem is that the talent tends to be technology-based, not marketing-based.

Ad Age : Is providing utility a primary focus when you look at mobile?

Mr. Warren: Forty percent of customers who walk in our stores say, "Where can I find something?" Utility is having that answer in your hand. Store maps, shopping lists, meal planners -- those are all utilities that serve our best interest to help the customer, give them something they're asking for.

Ms. Clark: Utility is massive for us. The biggest barrier for any consumer product is cash on hand, the ability to transact. You take, "I don't have 50 cents or a dollar to put in the vending machine," to "I can wave my phone and get a Coke." The combination of commerce and location moves our business from the point of sale to the point of thirst. That's why we're doing the trial on Google Wallet, why we're in talks with Isis, why we're in talks with Square.