The new hard seltzer brand is in stores now, but TV ads are on hold
READ THIS NEXT
Walgreens Boots Alliance top marketer Vineet Mehra is leaving for undisclosed Silicon Valley job 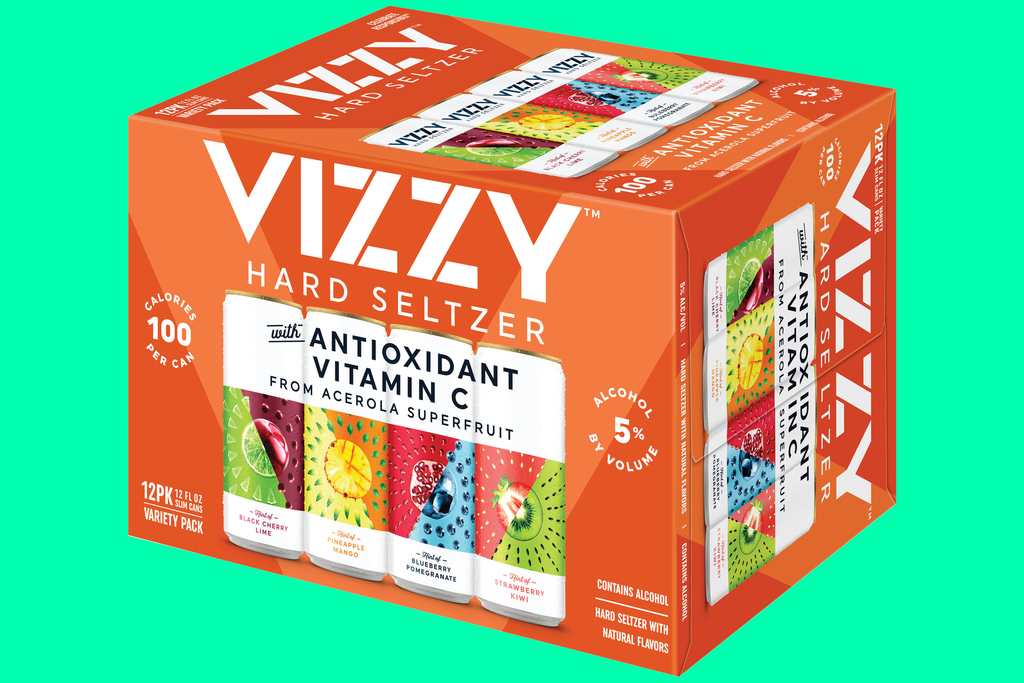 Vizzy is 'the first hard seltzer with antioxidant vitamin C.'

Molson Coors is moving forward with the launch of hard seltzer brand Vizzy—but the coronavirus outbreak forced the brewer to scale back portions of the initial campaign.

The drink, designed to compete with the likes of White Claw and Truly in the hot-selling segment, is now available nationally. The brewer is trying to differentiate Vizzy by touting its wellness credentials, stating in a press release that it is “the first hard seltzer with antioxidant vitamin C,” which comes from acerola cherry. Each can has 100 calories, 1 gram of sugar and is 5 percent alcohol by volume, with flavors including pineapple mango, black cherry lime, blueberry pomegranate and strawberry kiwi. (The wellness messaging was planned well before the coronavirus outbreak.)

The launch will initially be supported with social media and PR. The brewer had originally planned a “very robust campaign,” including national TV, out-of-home advertising and a “very strong sampling effort,” Molson Coors CEO Gavin Hattersley stated on an earnings in February. The lead agency is Johannes Leonardo.

But with TV ad shoots on hold because of the coronavirus, the brewer had to delay that portion of the campaign, a spokeswoman confirmed. “We’ve delayed TV production and are reevaluating our sampling efforts as we remain focused on ensuring safety of our company and agency partners within this global health crisis,” she stated in an email. “We will continue to invest heavily behind Vizzy, and look forward to sharing more from the creative campaign soon.”

Outdoor ads are also a challenge, with fewer people commuting. Vizzy plans to run a “limited” number of outdoor ads this month, but has “shifted a large weight of the buys to the summer months—June and beyond,” the spokeswoman stated.

The crisis has forced nearly all alcohol brands to alter their marketing plans. Truly, for instance, delayed a new lighthearted campaign because “we just did not feel it was the right moment to be launching those kinds of campaigns,” Lesya Lysyj, chief marketing officer of brand owner Boston Beer Co., recently told Ad Age.

This week, Truly is launching a digital campaign called “Your Birthday isn’t Canceled” that promises to send gift certificates to anyone forced to celebrate their birthday under quarantine. The brand will ask people to visit its website where they can enter their email and emails of five friends and Truly will send them each Amex gift cards for the cost of a Truly 12-pack. Truly will also donate $300 to the Restaurant Employee Relief Fund for birthday party participants who share the phrase “#StayHomeandSeltzer” on social media.

Molson Coors-owned Miller Lite has been using its social channels to plug a “#VirtualTipJar” program aimed at raising money for bartenders that have been sidelined as bars close in response to the coronavirus pandemic.

Turn your home into a bar during your next at-home happy hour. And if you can, don’t forget to tip your bartender at https://t.co/kNKsSkpWrA. All virtual tips go towards the Bartender Emergency Assist Program @USBGNF. Download background here: https://t.co/lDsF42eKLc pic.twitter.com/r06bDxbCTI

Despite the marketing pullback, beer and seltzer brands are flying off store shelves as more people drink at home with bars and restaurants shut down in most states. Beer sales jumped 17 percent in the week ending March 29, while hard seltzers surged 315 percent, according to IRI from Bump Williams Consulting, cited by Beer Marketer’s Insights.

The beer sales increase fell from the previous week’s jump of 34 percent, showing some pantry stocking has decelerated—but the growth is still robust by historical standards. “While shopping frequency is on the decline … the volume per shopping occasion continues to rise and consumers are drinking more at home than they have in the past 10+ years,” according to Bump Williams.