Mother’s Day, the royal baby and a logo change, oh my!: Marketer’s Brief

Brands like Maxwell House and Kraft are capitalizing on Sunday’s holiday for moms
READ THIS NEXT
Anheuser-Busch strikes deal with Travis Scott, and The Rock’s new tequila is on fire: Trending
Credit: Kraft

Mother’s Day falls on May 12 this year, and companies are at the ready with branded content. First up, Kraft Heinz’s Maxwell House shows mothers-to-be watching a video of their own moms discussing the tough, everyday work of being a parent -- the "invisible labor," as the brand calls it. “I’m still having labor pains now,” says one soon-to-be grandmother. The video, from VaynerMedia, might be tissue-worthy for some viewers, though the brand's well-known tagline at the end is a somewhat jarring reminder that this is branded content. The push also includes a pop-up shop and a New York Times print ad.

Meanwhile, sibling brand Kraft realizes the unsurprising truth that plenty of moms want some time off from parental duties. It is offering up to $50,000 ($100 per mom) to those who submit babysitter receipts and enjoy a “Mother’s Day Away,” in a campaign from Leo Burnett Chicago, VML Chicago and Starcom Chicago. If coffee isn’t your favorite mom’s drink of choice or the kids are too old to require a sitter, you can send her a personalized Chickendales video from KFC.

Or, moms could go on vacations without their kids. That’s the premise of a video from Virgin Voyages, which says eight out of 10 parents feel guilty taking a vacation without their kids. (Editor's note: We’re in the minority here). In a campaign for the upcoming adults-only cruise line, moms hear what their kids say they’d do when she’s away. Fittingly, the ad is from agency Mother New York.

Meanwhile, brands can’t resist getting in on the royal baby action following the Monday birth of the son of Prince Harry and Meghan Markle. For Serta, any baby becomes a coupon in a new promotional campaign. The mattress brand is running a discount or gift-with-purchase sale for any consumer who brings a baby to their store.

Community bank Amerant, which was recently renamed from Mercantil Bank, is spreading the word with its first advertising campaign. The bank is using the tagline “The Community Bank Reinvented” as it pushes marketing on social, in out-of-home, print and on TV. Amerant worked with Nobox, which won the business after a review last year. Nobox also handles media duties for the Coral Gables, Florida-based bank. A 30-second spot showcases the dreams of consumers and positions Amerant as the bank to help them materialize.

A makeover for Sallie

Sallie Mae introduced a new logo and brand identity this week. The financial lender worked with Co Collective on the new image, which includes a lowercase font and coral dot to represent the beginning of the customer journey, the Newark, Delaware-based brand said. This summer, Sallie Mae is debuting three credit cards it created with students and families, and will roll out a blog with articles and videos on personal finance. Donna Vieira, the brand’s executive VP and chief marketing officer, joined earlier this year from JP Morgan Chase, where she was CMO for consumer banking and wealth management.

Coors Banquet is honoring the work of wildland firefighters in an Uproxx custom content series. Five documentary-style videos highlight the Wildland Firefighter Foundation, which Coors Banquet says it has partnered with for more than five years, including donating more than $1 million. The videos feature stories of smokejumpers, hotshots who fight fires from the ground, helicopter crews, and those who work behind the scenes. The “Warriors of the West” content was created by Uproxx and Connect at Publicis Media, MillerCoors’ media agency of record.

Mouth, a direct-to-consumer food seller unsurprisingly based in Brooklyn, debuted a Jerky Every Month monthly subscription product this week. The company says the new offering is a reaction to “the country’s growing obsession with craft jerky.” 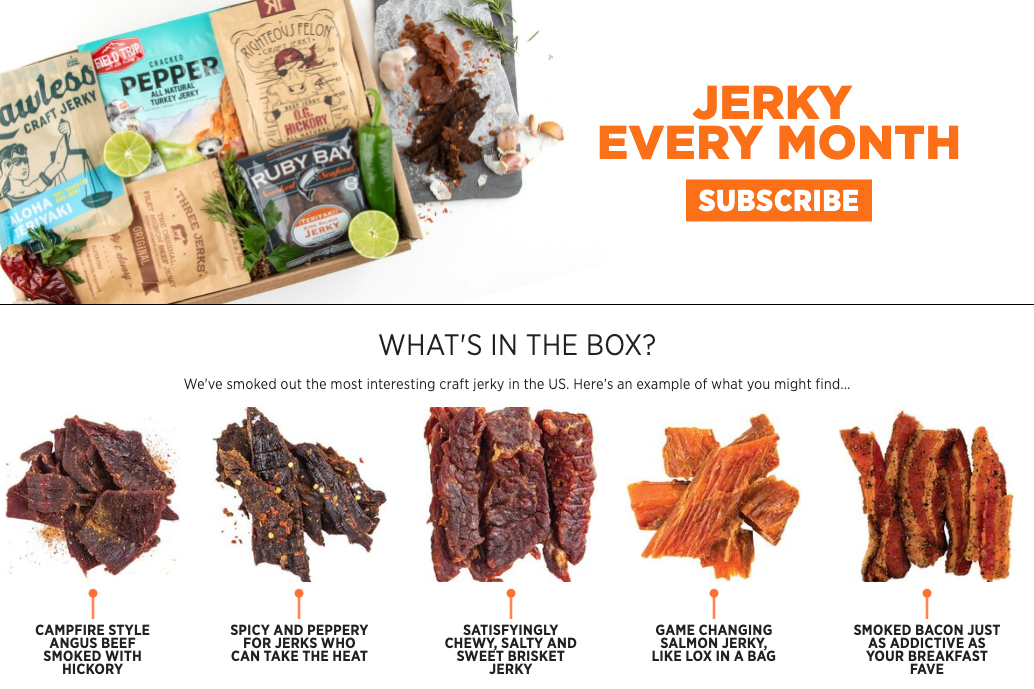 53%--the percentage of C-level marketers who say proving the value of social media marketing to those outside their department is still a top challenge, according to Sprout Social.

Y’all keep asking, so here’s your chance.
The people in charge say if you guys can get our tweet (this one right here) to 2 Million likes, they will bring SPICY CHICKEN NUGGETS BACK.
Let’s freakin’ do this! https://t.co/qrtvWXjj9V

Susan Walmesley has joined dining and entertainment company Pinstripes as chief marketing officer. She previously was VP of sales and marketing at Topgolf.

Wendy’s promoted EVP and Chief Concept and Marketing Officer Kurt Kane to the role of president, U.S., and chief commercial officer. Kane’s new role is one of two new positions at the fast feeder, which also promoted Abigail Pringle to the role of president, international, and chief development officer. Wendy’s says Bob Wright, EVP and chief operations officer, will be leaving the company.

Dick’s Sporting Goods has formally appointed Ed Plummer as its new chief marketing officer after he served the last two months as interim CMO. Prior to that, Plummer was SVP of Dick’s Team Sports HQ. This is the second CMO for the sporting goods brand in less than two years.