Move over millennials, it's Gen Z's turn to kill industries 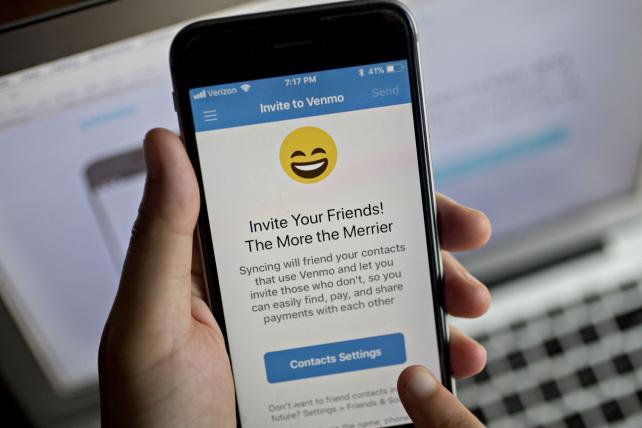 Apps like Venmo are making it easier for young consumers to ditch cash.
Credit: Bloomberg News

Millennials have been accused of killing so many products and industries—taxis, landlines, snail mail—that it's become a media trope. But millennials are old news. Today, businesses and marketers are desperately anticipating the murderous whims of Gen Z, the demographic born after 1996.

Sometimes called "post-millennials" or "iGen," Gen Z makes up more than one-fifth of the U.S. population and is the most racially and ethnically diverse group in the nation's history. They're true digital natives who report being online "almost constantly," according to a 2018 study by Pew Research Center. (Psychologists have said their technology use has produced a national mental health crisis.)

More than 70 percent of Gen Zers influence their family's spending, according to a 2017 report from IBM and the National Retail Federation. With that kind of sway and billions of dollars in spending power, they have businesses scrambling to understand their desires.

Their relationship to money, it turns out, has been shaped by the Great Recession, one expert says.

"Their expectations are lower, they're not as confident," says Jean Twenge, a professor of psychology at San Diego State University who has studied the generation. "They're not viewing the world through rose-colored glasses."

They are less optimistic about economic opportunity and student debt. As a result, Gen Z likes to play it safe. "They are more risk-averse than previous generations in terms of both attitudes and behavior," Twenge says, pointing to a study she authored that found today's teens are less likely to have sex or drink.

Still, they also prioritize wealth and material goods. "In psychological terms, it's a shift toward extrinsic values—money, fame and riches—rather than toward intrinsic values, like relationships and community feeling," Twenge says.

The generation already wields a deadly combination of economic power and social media clout. A disparaging tweet from Kylie Jenner earlier this year about teen-dominated app Snapchat wiped out $1.3 billion in Snap Inc.'s market value. But businesses have been declared "dead" before. Millennials, after all, were supposed to kill off wine corks, dating, beer, cereal and bars of soap, but those things are still alive.

Still, if a tweet has the capacity to move that kind of capital, how else will this generation move markets and shape industries?

American teens are four times less likely to use cash than the general public and only use cash for 6 percent of their transactions, according to data from teen debit-card company Current. Younger generations are also more likely to say they'd like cashless and cardless options at restaurants. And the majority of people under 30 prefer to use cards over cash, even for transactions under $5.

Venmo, which blends social media and payment processing, has become a favorite among teens. The company says it facilitated more than $40 billion of payments in the last 12 months and total payment volume grew 50 percent in the first quarter.

"This generation has grown up with a mobile device that is also a payment device," says Stuart Sopp, CEO of Current. "They are going to accelerate the adoption of the digital economy because digital payment is native to them."

Retailers are also moving toward cashless payments. And Sweden, Denmark, Norway and Singapore have made various efforts to move toward a digital economy—pledging to eliminate check usage and slash cash withdrawals from ATMs.

There's many reasons why businesses want to see a shift away from cash," Sopp says. "Now they finally have a demographic cohort that is ready for it to happen. They won't resist it, they will push for it."

But forsaking cash altogether could pose a challenge to those who don't have a bank account—as is the case with many teens. Amazon, always looking for ways to drive more spending on its platform, has a plan to make pseudo debit cards called Amazon Cash to tap into Gen Z's spending habits before they are of age to manage their own accounts. If successful, Amazon could lock in lifelong, digital-centric customers.

Given their love of digital life, the first expected victim of teen spending preferences is brick-and-mortar retail. America's malls have been closing at a record pace as e-commerce becomes the preferred mode of shopping for millennials and Gen Zers. More than two-thirds of U.S. malls saw a decrease in national retailers in 2018, according to a report from property research firm Green Street Advisors.

Retailers are grappling with young Americans' demand for personalized, digitally augmented shopping experiences. An astounding 93 percent of Gen Zers prefer to shop without the help of a sales associate, according to a 2017 survey by Adyen NV, a global payments processor. But only 19 percent of retailers can provide such an experience, according to the IBM survey of Gen Zers.

The apparel industry at large is already dying. In 1977, clothing accounted for 6.2 percent of U.S. household spending. Today, that number has halved to 3.1 percent, according to government data. Even fast-fashion stores, which have made clothing cheaper, are seeing slower growth. Hennes & Mauritz AB is opening fewer H&M stores and struggling to sell unwanted products in the stores it currently operates as young customers increasingly purchase clothing online.

Brands that have historically marketed to teens are struggling as well. Retailers Aeropostale, Pacific Sunwear and American Apparel all filed for bankruptcy in the last two years, and more are expected this year.

Print magazines of all kinds are seeing newsstand sales decline. But teen magazines have struggled more than others to reach their intended audiences. Just last November, Condé Nast closed the quarterly (once monthly) print edition of Teen Vogue. Meanwhile, Hearst's Seventeen magazine, a 73-year-old print publication, slashed frequency from 10 issues to six in 2016. The company also eliminated CosmoGirl in 2008.

Though print may perish, magazines geared toward young women are bolstering their digital and social channels to spur new forms of online engagement. And it turns out, America's youth are fired up by online political content.

Teen Vogue was one of the first titles to draw attention for successfully reaching young women on digital platforms during the 2016 election when an opinion piece, "Donald Trump Is Gaslighting America," dominated the news cycle with more than 1.4 million unique views. This year, the brand has seen increased digital engagement, particularly with content on sexual health, reproductive rights and gun reform.

"Teen girls are so much smarter than anyone gives them credit for," says Phillip Picardi, Teen Vogue's digital editorial director. "We've seen an immense resonance of political coverage with our audience."

The National Football League has come under scrutiny in recent years over the link between head injuries and degenerative brain disease. Participation in high school football dropped roughly 3.5 percent in the five years between the 2011-12 and 2016-17 seasons, according to the National Association of State High School Federations.

A Boston University School of Medicine study found that athletes who participate in youth football before the age of 12 have more behavioral and cognitive issues than those who begin playing later. In response to mounting research concerning the risks, California State Assembly members introduced a bill to bar tackle programs before high school—and similar legislation has popped up in other states.

Across the country, there's been a net loss of almost 150 boys' high school tackle-football programs in the last five years, as school athletic departments encourage students to pursue alternatives like soccer, baseball and lacrosse, according to NASHSF data.

With fewer teens playing—and watching—football, the pipeline to recruit talented players may be compromised, says Tom Farrey, the executive director of the Aspen Institute's Sports and Society Program.

Of course, predicting the future is difficult. The NFL and your local mall may escape the Gen Z purge. There's only one thing we know today's teens will kill with 100 percent certainty: Articles about millennials killing industries.