This is not the National Avocado Day Chipotle had in mind 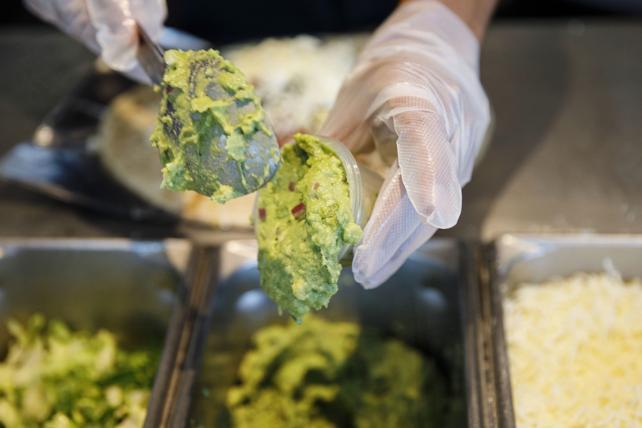 Chipotle Mexican Grill is back in the news—but not on its own terms.

Just a few days ago, the chain's recovery was looking a bit more solid based on earnings results. Now it's been hit with reports of illness tied to one of its Ohio restaurants. That news is compounded by reports of tech issues during a guacamole giveaway designed to tout Chipotle's digital ordering prowess.

In fact, a July 27 Ad Age headline after the chain's earnings last week declared "Chipotle gets some swagger back (it's been a long time coming)." That didn't last long.

On July 30, a Chipotle in Ohio was closed for cleaning after employees and customers complained of symptoms including nausea, diarrhea and cramping, according to media reports that gained more attention into Tuesday. Despite such headlines, today's guacamole giveaway was apparently so popular that it crashed the company's servers.

Clearly, this was not the National Avocado Day Chipotle had in mind.

Later, CNBC reported that the Ohio Dept. of Health said it received more than 100 calls about illness.

Typically, one restaurant in a chain of more than 2,400 shutting down for a day wouldn't be headline-worthy. But this is Chipotle, which just can't seem to move past food safety concerns that exploded in 2015, even with a variety of food prep changes, enhanced training and paid sick leave to make sure ailing workers stay away from the restaurants. Last July, a norovirus outbreak was tied to one of its restaurants in Virginia.

In a research note issued today, Cowen analyst Andrew Charles said prior management's offers including coupons after food safety scares "did not prove successful. We would like to see CEO Brian Niccol take a more accountable and responsible approach and grab the bull by horns to clarify what happened, what was remedied, and what changes going forward to limit the risk an event like this will occur again. We believe this will be a more effective way to restore trustworthiness than previous tactics."

The July 31 guacamole giveaway, meanwhile, was announced July 26, giving patrons plenty of time to prepare. Customers needed to order via the Chipotle app or its website and use the coupon code "AVOCADO" to get that free guac. But plenty of people seemed to have problems doing so, as the company itself acknowledged on Twitter.

By late this afternoon, the chain was waiving the guacamole charge to make the process a bit easier.

By that point, investors had already pushed the company's shares down more than 6 percent. Just days ago, Chipotle raised its same-store sales forecast for the year, buoyed by its optimism and the second-quarter results.

The company has made a variety of changes in recent months, including bringing in Niccol, the former Taco Bell CEO, as its own CEO. Niccol quicklky added a new CMO, Chris Brandt, who is gearing up to introduce a new campaign and tagline in September.

"I've never been more optimistic about the future of a brand," Brandt told Ad Age on July 26.

A Chipotle spokeswoman could not be immediately reached this afternoon.

UPDATE: Chipotle said the National Avocado Day promotion produced "a record breaking day" for the chain. "We had an unprecedented increase in new digital customers as a result of the free guac promo in honor of National Avocado Day," a spokeswoman said in a statement. "Unfortunately, breaking these records also broke the internet, but we are now back up and running."

Chipotle is extending the promotion through Wednesday, she said. "Today's enthusiasm showed us that customers want online ordering solutions, and we're committed to making our digital options bigger and better in the future," she said.