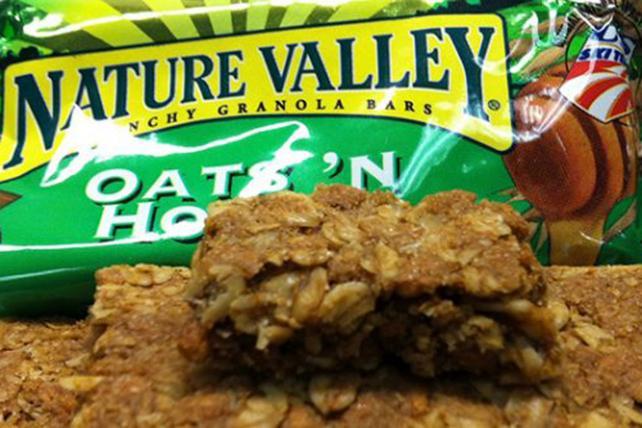 General Mills' Nature Valley bars will no longer bear the "Made with 100% Natural Whole Grain Oats" label, after the company settled a lawsuit by consumer groups alleging the snack contained glyphosate—a pesticide better known as RoundUp.

General Mills, which confirmed the change, sold $985.1 million worth of the brand's snack bars last year, making it the U.S. top seller in that category, according to data from Euromonitor.

"In a perfect world, we'd like to see food companies stop using these chemicals," said Katherine Paul of the Organic Consumers Association, or OCA, one of the plaintiffs. "In the short term, one way we believe to help put the pressure on corporations in general is to hold them accountable for the way they label and advertise their products."

Paul's group has previously sued over the alleged presence of RoundUp in products that include Post Holdings' Shredded Wheat, a case that was also settled confidentially while resulting in a label change, and Ben & Jerry's ice creams, a pending case.

Earlier this month, a San Francisco jury handed up a $289 million verdict against Monsanto Co., the maker of RoundUp, in favor of a man who argued that exposure to the chemical had caused his non-Hodgkin's lymphoma. Bayer AG, which acquired Monsanto, said it will appeal.

"Nature Valley is confident in the accuracy of its label," General Mills said in a statement about the settlement, in which it didn't admit or deny any wrongdoing. Mike Siemienas, a spokesman, said the "100% natural" claim will be changed. Last summer, a federal judge in Minnesota dismissed a class-action lawsuit brought against General Mills over the same "100% natural" claim. The court concluded that it wasn't plausible to interpret the statement to mean there were no traces of the pesticide in the bars.

The more recent litigation, filed two years ago in Washington, D.C., Superior Court, was brought by consumer advocacy groups Beyond Pesticides, Moms Across America and OCA.