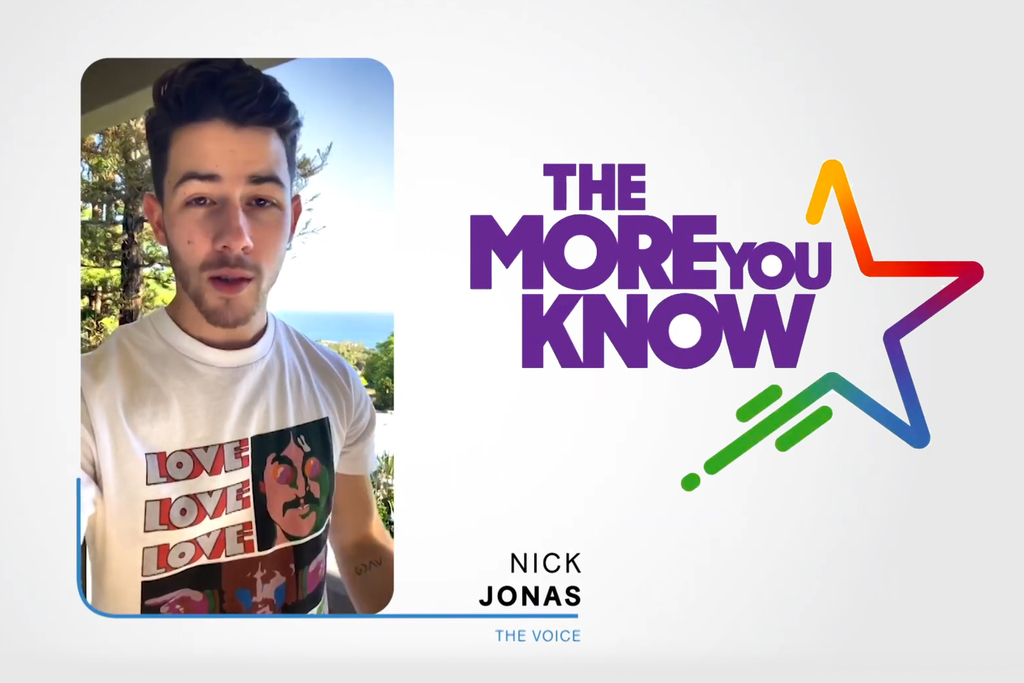 NBCUniversal has launched its PSA coronavirus campaign in partnership with the Ad Council and the federal government.

In a series of videos, celebrities like Kelly Clarkson, Terry Crews, Ted Danson, Nick Jonas and Hoda Kotb educate viewers on what to do during the pandemic and how to limit its spread. On Thursday, the U.S. became the world’s epicenter of the pandemic, surpassing China in confirmed coronavirus cases. At least 85,381 people in the country have tested positive for the virus and more than 1,000 people have died, according to The New York Times.

The effort is part of NBCUniversal’s “The More You Know” campaign, which began in 1989 and addresses societal topics like bullying, mental health, diversity and community. More than a dozen videos in both English and Spanish will roll out over the next few weeks, and will be available at themoreyouknow.com. They direct viewers to coronavirus.gov for more information on the virus. Five videos are already viewable on the site and on YouTube.

The PSAs were created entirely remotely, a recurring trend in ads during this time. They show celebrities delivering their messages of encouragement and support from their own homes, set against the song “Stand by You” by Rachel Platten.

Terry Crews also delivers a PSA directed towards veterans, advising them to go to their local VA hospital if they encounter coronavirus symptoms.

Several advertising partners, as well as NBCUniversal’s parent company Comcast, are donating to the effort, either by contributing to the purchased airtime across NBCUniversal channels to show the spots, or donating service fees, data or distribution on their own channels. The partners include: brands like Experian, Panera Bread, T.J.Maxx, Marshalls and HomeGoods; data and technology platforms like The Trade Desk, Vizio-Inscape, Acxiom, Cadent, Canoe, Crossix, Epsilon and ShareThis; and social media companies like Facebook and Snap Inc.

The PSAs come a little more than a week since the Ad Council announced it was working with media companies like NBCUniversal, Disney and ViacomCBS on a series of PSAs in partnership with the White House, the Centers for Disease Control and Prevention and the U.S. Department of Health and Human Services. NBCUniversal has also created a series of English and Spanish graphics that go along with the campaign.

“It's absolutely incredible what everyone has accomplished together, right from our own homes!” wrote Linda Yaccarino, chairman of NBCUniversal Advertising, in a Facebook post. “This type of effort represents our company and our industry at its finest!”

Several news outlets are also producing their own PSAs. Along with ViacomCBS’ #AloneTogether social-distancing campaign in partnership with the Ad Council, CBS is also airing a “We’re All in This Together” campaign with CBS stars. CNN, too, has a new PSA in its “Facts First” campaign, while the BBC is repurposing some of its comedy clips as PSAs to tell people to stay home.