The sportswear brand is ending a pilot that began two years ago
READ THIS NEXT
Oreo’s pollyanna plea for political unity, and Cosmo’s new wine brand: Trending 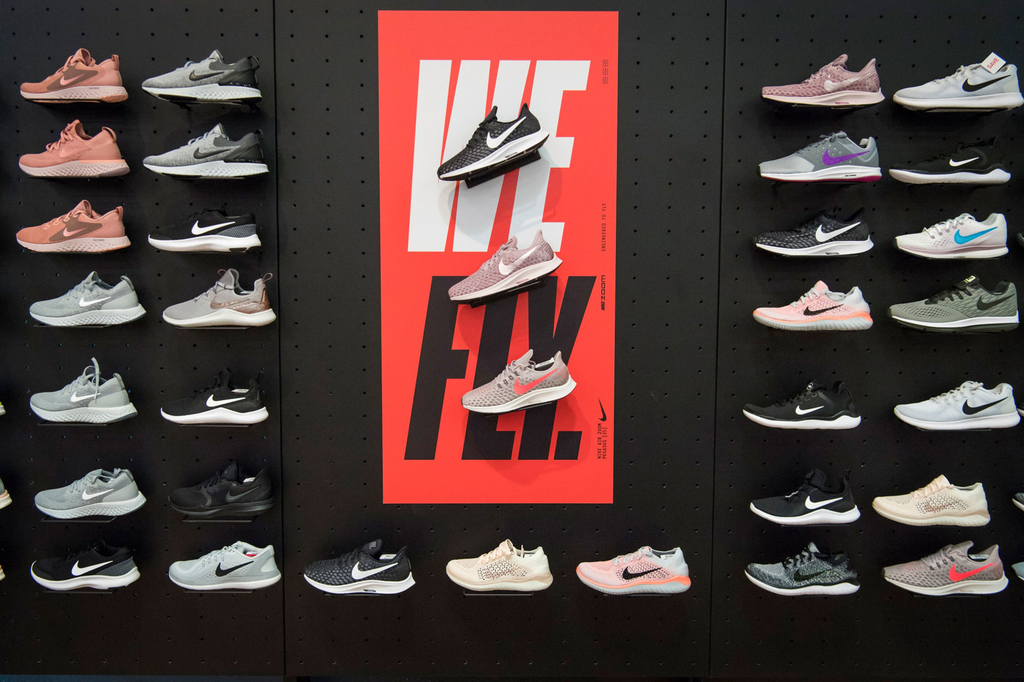 Nike Inc. is breaking up with Amazon.com Inc.

The athletic brand will stop selling its sneakers and apparel directly on Amazon’s website, ending a pilot program that began in 2017.

The split comes amid a massive overhaul of Nike’s retail strategy. It also follows the hiring of ex-EBay Inc. Chief Executive Officer John Donahoe as its next CEO -- a move that signaled the company is going even more aggressively after e-commerce sales, apparently without Amazon’s help.

“As part of Nike’s focus on elevating consumer experiences through more direct, personal relationships, we have made the decision to complete our current pilot with Amazon Retail,” the company said in a statement. “We will continue to invest in strong, distinctive partnerships for Nike with other retailers and platforms to seamlessly serve our consumers globally.”

Some big brands shun Amazon’s platform, where fakes flourish and unauthorized sellers undercut prices -- a recipe that diminishes the value of sought-after labels. The unraveling of the Nike arrangement threatens to reinforce retailers’ unease. Under the pilot program, Nike acted as a wholesaler to Amazon, rather than just letting third-party merchants hawk its products on the site.

Amazon operates an online marketplace, essentially a digital mall where merchants can sell products. More than half of all goods sold on Amazon come from independent merchants who pay the Seattle-based company a commission on each sale. Amazon also operates as a traditional retailer, buying goods from wholesalers and selling them to customers.

Nike said it will continue to use Amazon’s cloud-computing unit, Amazon Web Services, to power its apps and Nike.com services.

Amazon, through a spokeswoman, declined to comment. The company has been preparing for the move, according to two people familiar with the matter. It has been recruiting third-party sellers with Nike products so that the merchandise is still widely available on the site, they said. Amazon has also been working to stem the flow of counterfeits on the site through various initiatives, including one project that lets brands put unique codes on their products to make it easier to identify fakes.

Nike shares were down less than 0.1% in U.S. premarket trading Wednesday, while Amazon was off 0.4%.

The question now is whether other Amazon partners follow Nike’s lead. Few other brands possess the kind of muscle Nike has, so it may be harder for them to leave.

“Nike has enormous reach and its products are in demand, so it can afford to be selective about where its products are distributed because customers will come find Nike where it is offered,” said Neil Saunders, an analyst at GlobalData Retail. “I don’t think as many brands can be as selective as Nike.”

For years, the only Nike products sold on Amazon were gray-market items -- and counterfeits -- sold by others. Nike had little control over how they were listed, what information about the product was available and whether the products were even real.

That changed in 2017, when Nike joined Amazon’s brand registry program. Executives hoped the move would give them more control over Nike goods sold on the e-commerce site, more data on their customers and added power to remove fake Nike listings. The news of the Amazon tie-up, which Nike executives called a “small pilot,” sent shoe-retailer stocks tumbling and left many wondering if other major Amazon holdouts would quickly follow.

But Nike reportedly struggled to control the Amazon marketplace. Third-party sellers whose listings were removed simply popped up under a different name. Plus, the official Nike products had fewer reviews, and therefore received worse positioning on the site.

Shortly after its Amazon pilot began, Nike unveiled plans to overhaul its retail strategy. With more attention aimed at direct-to-consumer avenues, particularly the Nike app and Nike.com, executives said the company would drastically reduce the number of retailers it partnered with.

In 2017, Nike did business with 30,000 retailers around the world. Elliott Hill, currently the company’s head of consumer and marketplace operations, told investors that year that Nike would focus its future efforts primarily on about 40 partners.

Nike wasn’t specific on what would separate those 40 partners from what it called “undifferentiated retail.” Reading between the lines, it appeared to want partners that gave its Nike brand separate space -- such as Nordstrom Inc.’s “Nordstrom x Nike” shop on its website -- and was less interested in retailers that just placed Nike alongside its smaller competitors.

The Wall Street Journal reported at the time that Amazon was one of those 40 that Nike intended to prioritize.

About 68% of Nike’s annual sales come from wholesale channels, down from 81% in 2013. Though wholesale is still the bulk of the company’s sales, in that span Nike’s direct business has grown three times faster than top-line revenue.

Nike’s departure will rob Amazon’s brand registry program of a big name -- and potentially stoke the concerns of its partners. Nike’s participation had signaled that Amazon was taking the concerns of major brands seriously.

Such brands have expressed frustration that Amazon doesn’t do enough to fight counterfeits. They also fear that giving Amazon too much control over prices will devalue their products.

Amazon’s foray into private-label products has added to the fears. The company now sells everything from batteries to mattresses to snacks, further complicating the relationship between Amazon and brands.