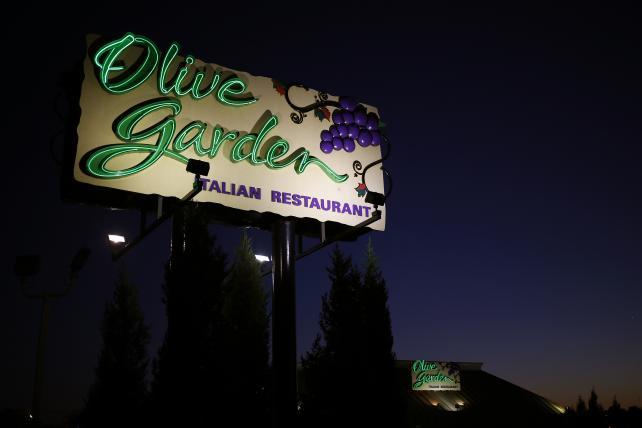 Olive Garden is dropping its popular "Buy One Take One" offer this quarter, a sign that restaurant chains are willing to sacrifice some customer traffic in order to wean themselves off promotions.

The company is pursuing an everyday value strategy, meaning it wants customers to feel like they're getting a good deal on their food without a special offer, according to the Italian chain's parent, Darden Restaurants. The Buy One promotion had let customers order one meal to eat at the table and then a second one for later at home.

"It may have have a short-term impact on traffic," Darden CEO Gene Lee said on a conference call Thursday. But he expressed confidence that the chain could absorb the hit. "I'm encouraged by Olive Garden's momentum," he said.

The tepid performance sent shares of Darden down as much as 5.8 percent to $87.87 on Thursday, marking the worst intraday decline since September. The stock had already fallen 2.8 percent this year before the latest tumble.

In all, Olive Garden is cutting its promotional offers to six from nine this fiscal year, so the deals aren't disappearing altogether. The chain is currently offering $8.99 dinners for those who dine between 3 p.m. and 5 p.m. Monday through Thursday.