Oprah Winfrey is making a significant investment in True Food Kitchen and joining the board of the growing chain, which is eager to see whether the Oprah Effect translates into significant gains in the restaurant world.

Winfrey was introduced to the decade-old chain by her friend, health expert Bob Greene, when Winfrey and Greene tasted food from the Palo Alto location, says True Food Kitchen CEO Christine Barone. Later, Winfrey ate its location in Santa Monica. Soon after, early last spring, Barone was approached by Winfrey's team. Over a lunch at Winfrey's home earlier this year, with a menu of food "primarily from her garden," they discussed the company's aspirations, Barone says.

Now, Winfrey is investing in privately-held True Food Kitchen and becomes the eighth member of its board of directors. Winfrey "has made a significant investment in the company," Barone says, without divulging financial details. 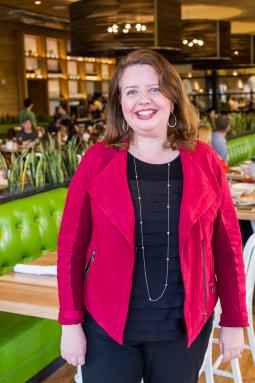 To clarify, Barone adds, "By that, I mean significant for us as a company," citing the amount of time Winfrey will invest being on the board, and the insights she can share from her own business experience. Plus, there's that undisclosed investment.

"As we plan to double in size over the next three years, we will be opening up a significant number of restaurants and really do need financing to help fund that growth," says Barone.

The deal, in some ways, sounds similar to the one Winfrey struck with Weight Watchers in October 2015. However, while Winfrey has become one of the cornerstones of Weight Watchers' ads since investing in that company and getting a seat on its board, there are no plans to showcase Winfrey in True Food Kitchen's marketing.

"The plan is not to have her as a spokesperson," says Barone.

There is also no tie to Winfrey's Weight Watchers partnership, and no plan to promote Weight Watchers at True Food Kitchen. But clearly, the move could have what's known as the Oprah Effect. Since Weight Watchers announced Winfrey's involvement in October 2015, the diet and wellness company has been a big winner, gaining clients and seeing its share price climb from under $7 to more than $94.

Phoenix-based True Food Kitchen has 23 restaurants, up from a dozen when Barone joined in 2016. It plans to open two more locations by the end of 2018. It is targeting annual revenue of $170 million this year, and aims to double in size by the end of 2021, says Barone. 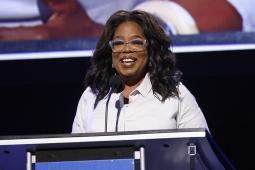 "I love bringing people together over a good meal," Winfrey said in a statement. "When I first dined at True Food Kitchen, I was so impressed with the team's passion for healthy eating and, of course, the delicious food, that I knew I wanted to be part of the company's future."

The chain's seasonal menu is driven by Dr. Andrew Weil's anti-inflammatory food pyramid and includes dishes such as kale guacamole, teriyaki quinoa, and tacos made with grilled fish or grass-fed steak.

Centerbridge Partners is True Food Kitchen's majority investor and will remain as its controlling shareholder after Winfrey's investment. Other investors include founders Weil and Sam Fox, of Fox Restaurant Concepts, who both sit on the board. True Food Kitchen works with Motive as its creative agency of record on digital and social, Havas handles PR, and Hathway is working on online ordering, which is set to go live in October.

True Food Kitchen is a departure from Winfrey's last big food bet, the "O, That's Good!" line of prepared dishes she announced with Kraft Heinz in in 2017. That brand hasn't posted on social media in months, other than responding to consumer comments and complaints. Kraft Heinz says it continues to be pleased with the partnership with Winfrey and the way the products, which now include soups, sides and pizzas, are performing in the market.